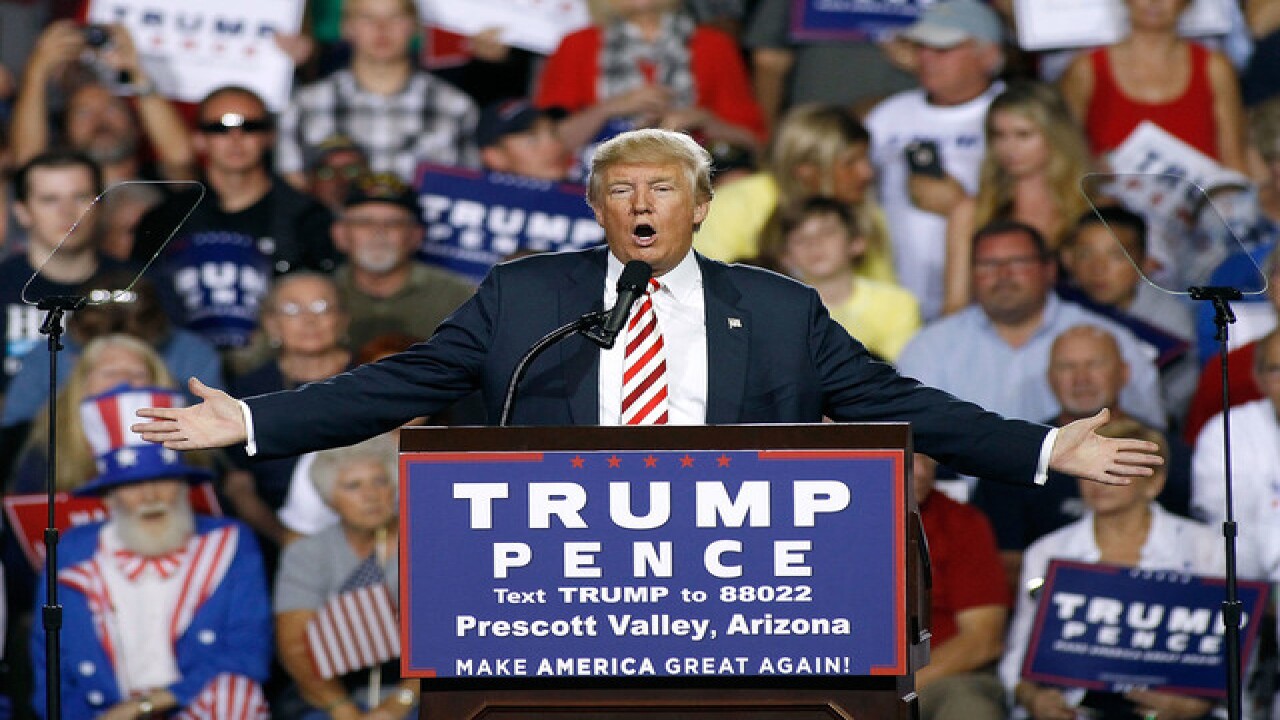 Donald Trump touched on everything from Hillary Clinton's emails to health care premiums during his rally in Prescott Valley Tuesday.

We truth-checked some of his claims:

PolitiFact found that Trump may have been referring to the Labor Department's employment-population ratio, which is 45.2 percent as of August 2016. This, flipped, would give an unemployment ratio of 54.2 percent. However, the ratio is not a true unemployment rate. It includes all civilians, even those who are not looking for work, so they rated Trump's claim "mostly false."

He claimed America has lost "one third" of its manufacturing jobs since Clinton signed NAFTA. Trump made the same claim during the Republican National Convention in July.

PolitiFact found that there has been a 30 percent drop in manufacturing jobs between 1997 and 2016. However, manufacturing employment still climbed after NAFTA was signed — and economists note the China's 2001 entry into the World Trade Organization spurred the decline. That deal was worked out under President George W. Bush's administration, so they rated Trump's claim "half true."

1. The costs of illegal immigration

While Trump reiterated that Mexico will pay for a wall along the Southern border, he also noted that illegal immigration costs "$113 billion a year." Trump made the same claim during his Aug. 31 immigration speech in Phoenix.

PolitiFact found that the figure Trump cites comes from the Federation for American Immigration Reform, a group in favor of reduced immigration. However, FAIR's analysis makes broad assumptions and estimates, including anecdotal Medicare fraud and incarceration costs for undocumented immigrants. Estimates from groups both for and against immigration have a much lower number. Plus, undocumented immigrants do pay billions in taxes every year, so they rated Trump's claim "mostly false."