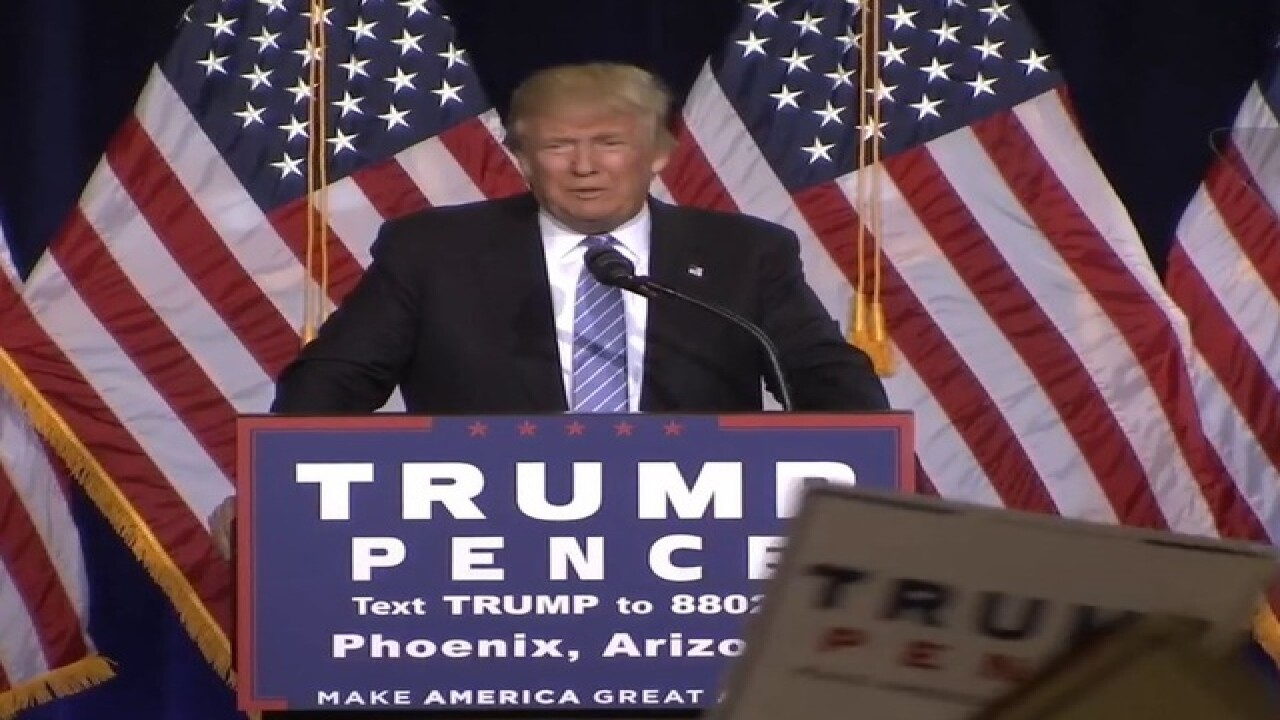 Donald Trump highlighted a 10-step plan to fix what he called a "broken" immigration system at the Phoenix Convention Center Wednesday night.

We truth-checked some of his claims:

Trump claimed Hillary Clinton wants sanctuary cities, a claim he made at the Republican National Convention in Cleveland. These cities, such as San Francisco, are generally where local law enforcement are not required to alert federal officials to undocumented immigrants.

Trump also attacked Clinton on immigration, noting that she does not know what she is doing except open borders and letting "everybody come in." Trump said in a June speech that Clinton would create "totally open borders."

PolitiFact found that her plan would make it easier for undocumented immigrants to avoid deportation, but that does not mean a free-for-all when it comes to enforcement. They rated Trump's claim "false."

Trump, while outlining his immigration plans Wednesday, questioned the number of undocumented immigrants currently in the U.S. "Our government has no idea, it could be three million, it could be 30 million, they have no idea what the number is," he said.

PolitiFact found that, according to the Department of Homeland Security, the number of undocumented immigrants is 11.4 million. Other groups go as high as 12 million—way off Trump's 30 million estimate. They rated this claim "pants on fire!"