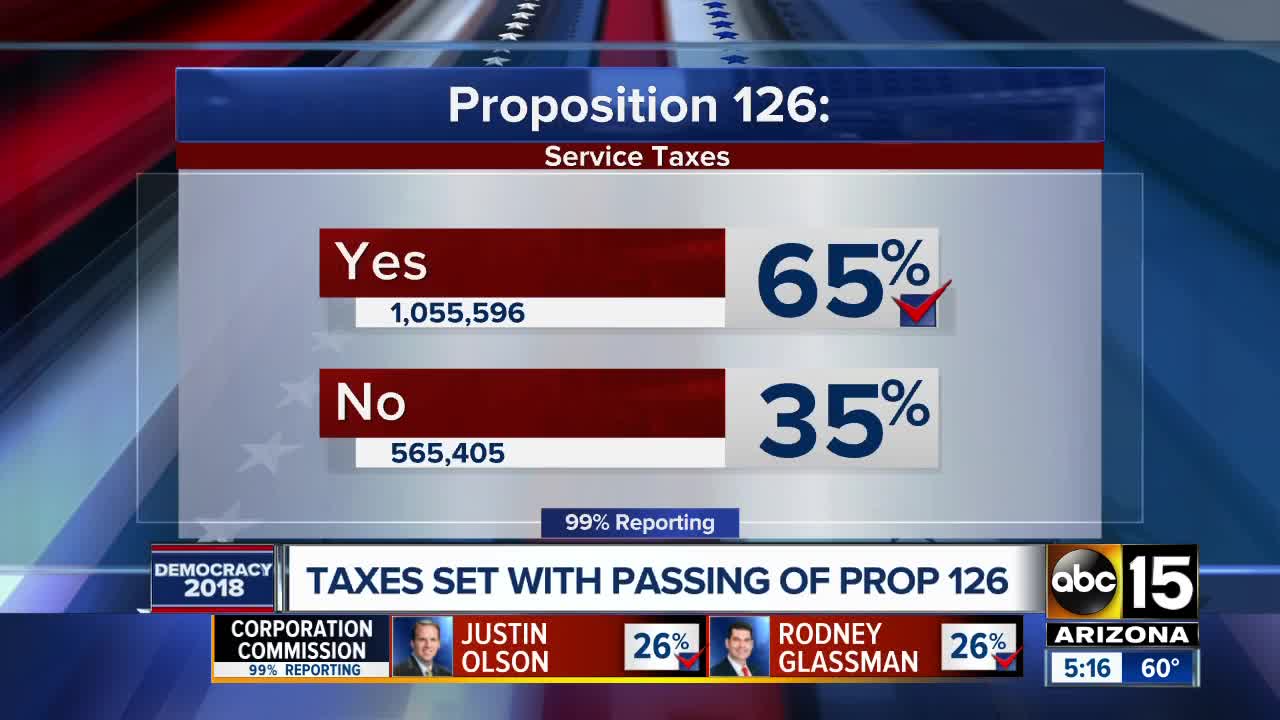 We take a look at Propositions 125 and 126, which are both expected to pass in Arizona 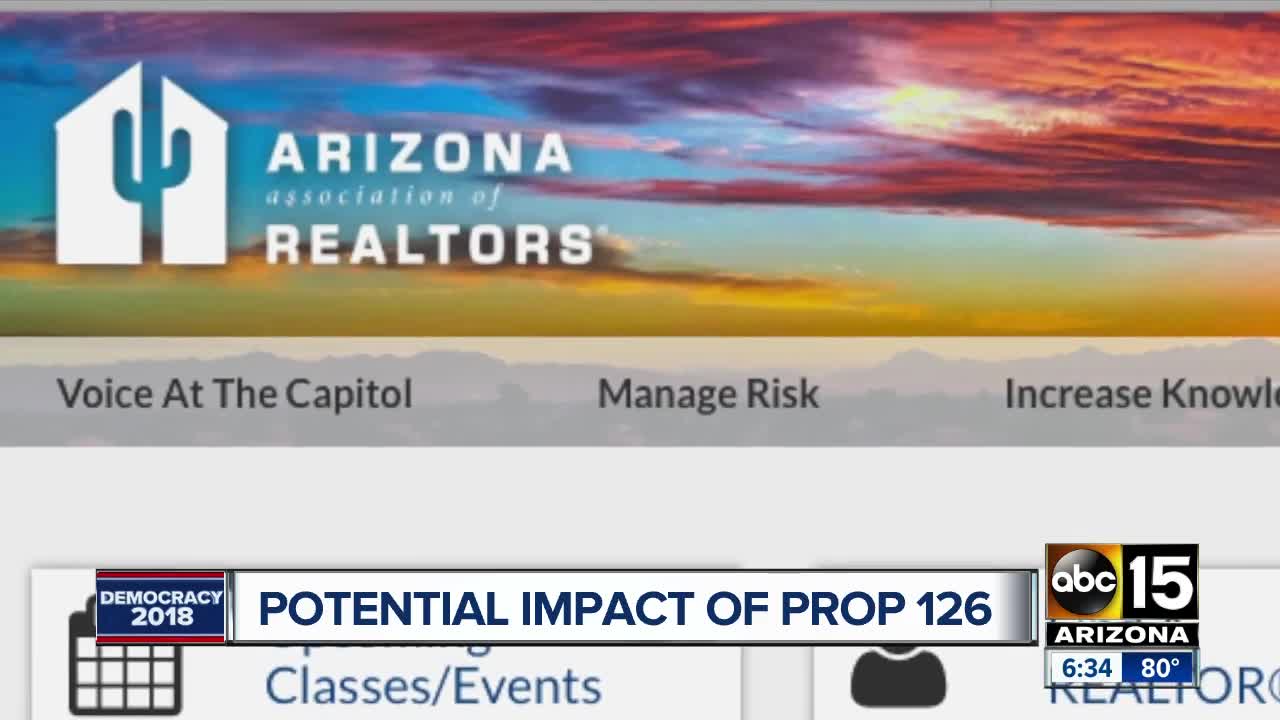 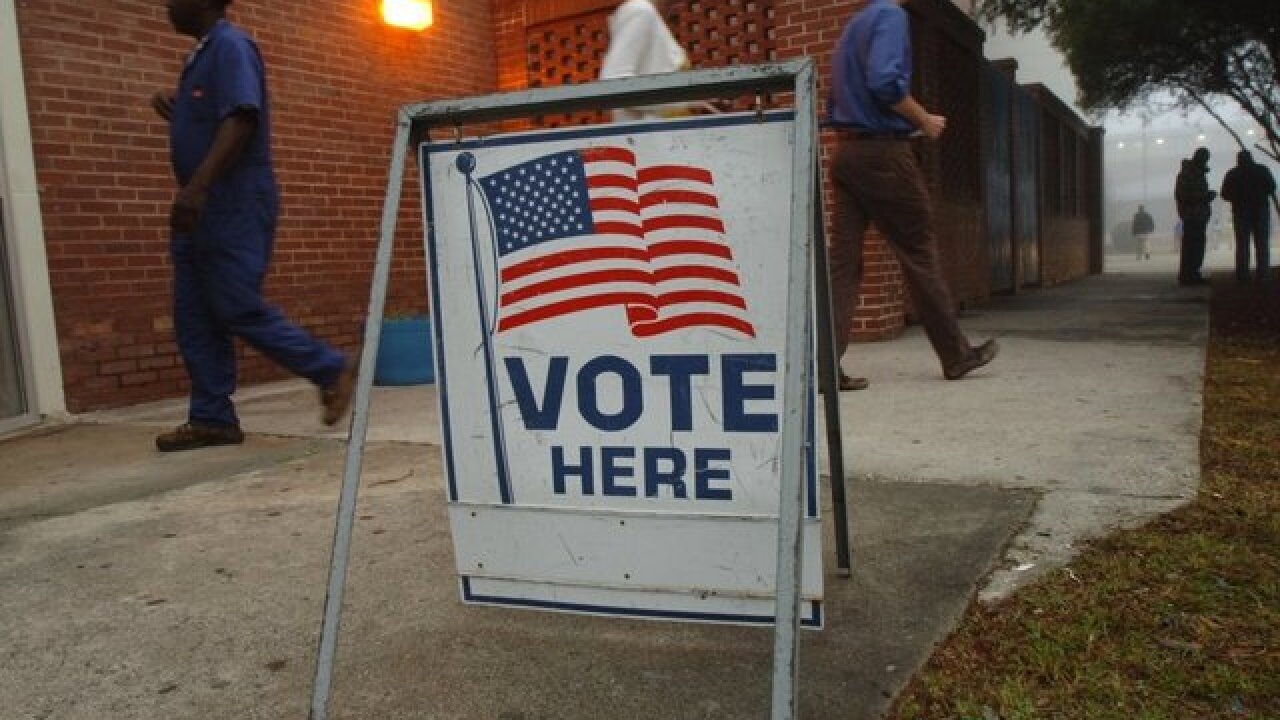 Arizona voters have approved a ballot measure launched by the Arizona Association of Realtors that prohibits the Legislature from taxing business services.

Supporters of Proposition 126 said they wanted the ban because taxes on services would hurt economic growth and amount to double-taxation on profits from services that already are subjected to income taxes.

The measure prevents officials at the state, county and city government levels from imposing new or increased taxes on services not already in effect by December 31, 2017.

It was opposed by Republican Gov. Doug Ducey, his Democratic opponent David Garcia and a bipartisan array of interest groups.

They argued putting the ban in the state Constitution would handcuff future Legislatures and governors who may need to make adjustments to the state sales tax.

They pointed to the decreasing percentage of the economy that is subject to current sales taxes.