Drought expands across Southwestern US including Arizona 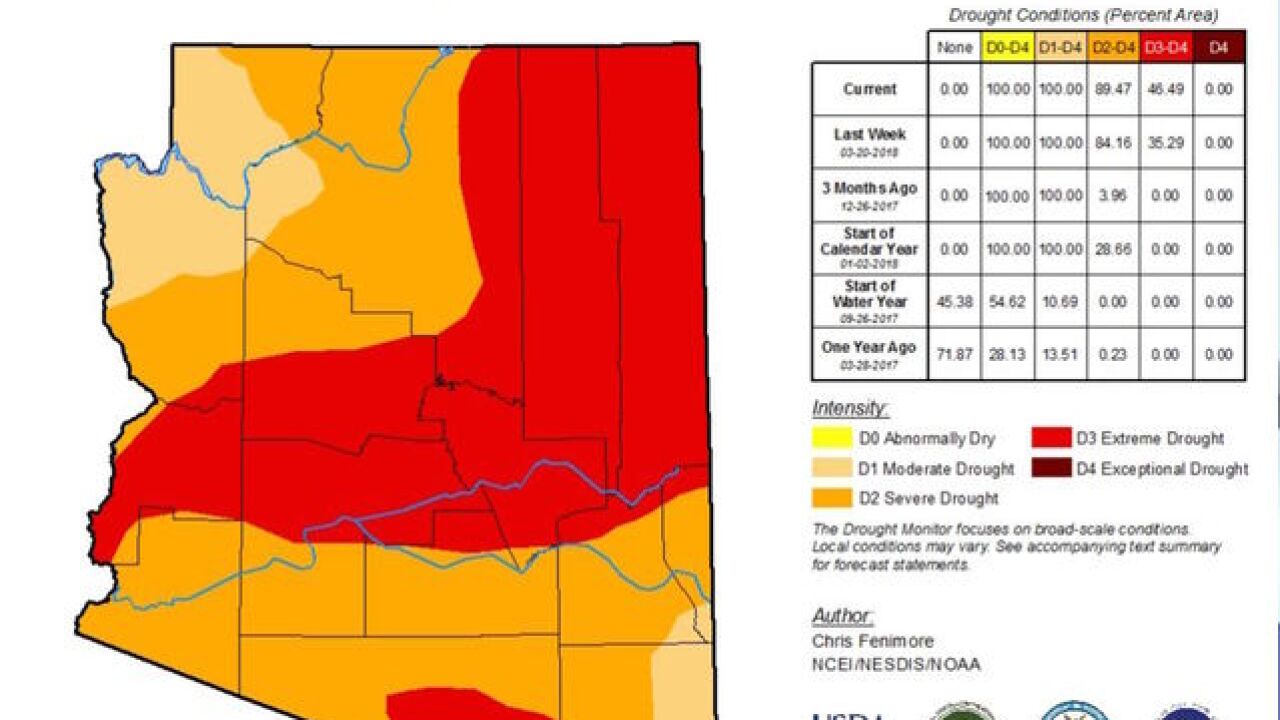 Drought is tightening its grip across a wide swath of the American Southwest as farmers, ranchers and water managers throughout the region brace for what's expected to be more warm and dry weather through the spring.

On the southern high plains, Oklahoma is ground zero right now for the worst drought conditions in the United States.

Federal agriculture officials say crop conditions in some areas are declining. In New Mexico, about three-quarters of the winter wheat crop is in poor to very poor condition as meaningful moisture has been scarce.

In Arizona, there's concern for ranchers as the poor range conditions have left stock tanks dry. On the Navajo Nation, a drought emergency was declared earlier this month and residents have started hauling water for their sheep and other livestock.

"It's been one of the drier years we've had," said Arizona state climatologist Nancy Selover. She warned of the increased chance for dust storms this spring.

But officials aren't expecting any cuts to the water delivery systems that serve much of Arizona's population.

Arizona residents have been living with a continuous drought declaration for years, said Tom Buschatzke, director of the state's Department of Water Resources.

Part of that is due to the situation within the state's own boundaries but also what's happening along the Colorado River, which supplies water to about 40 million people and 6,300 square miles (16,000 square kilometers) of farmland in seven states: Arizona, California, Colorado, Nevada, New Mexico, Utah and Wyoming.