SR-347 near Riggs Road back open after rollover crash 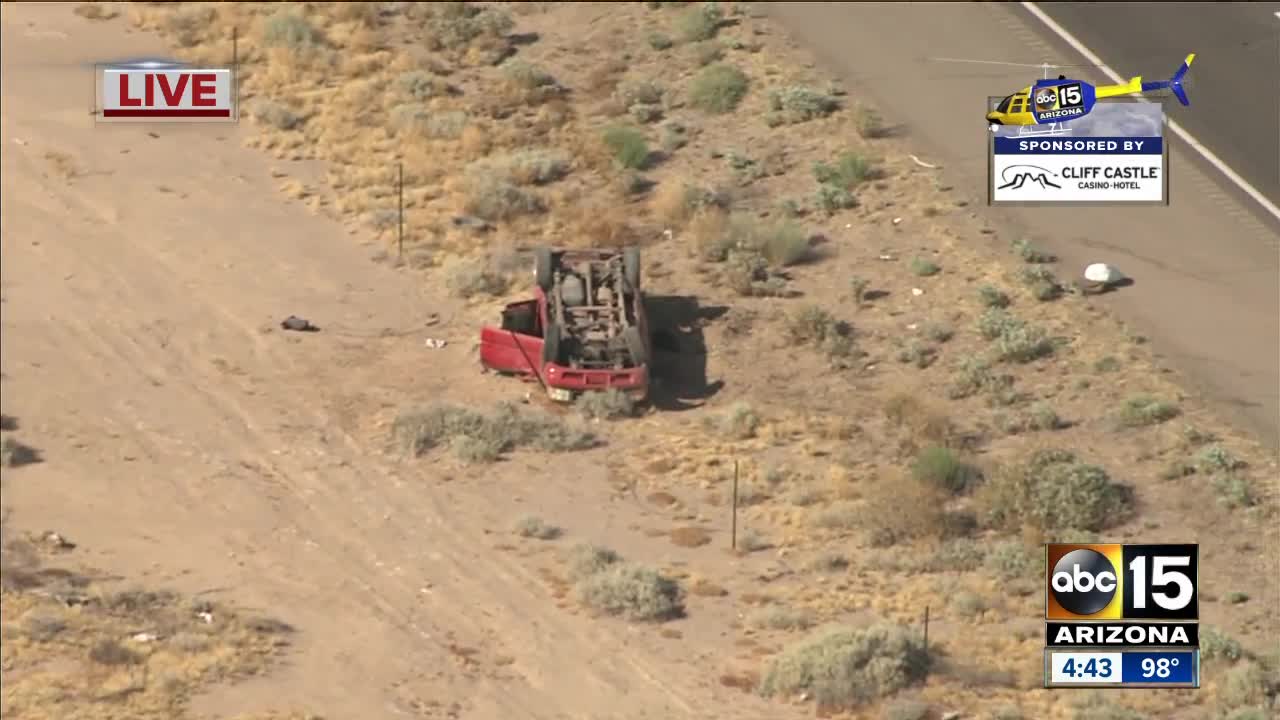 A rollover crash on State Route 347 shut down traffic in both directions on Friday afternoon. NEAR MARICOPA, AZ — A rollover crash on State Route 347 shut down traffic in both directions during the Friday afternoon rush.

According to the Department of Public Safety, a vehicle traveling north may have had tire failure and rolled over, crossing into the southbound traffic lanes south of Riggs Road around 4 p.m.

Two people were involved in the crash. The driver of the rollover vehicle, identified as 32-year-old Alex Beckley of Maricopa, died from injuries sustained in the crash.

The passenger in the vehicle was transported to an area hospital for injuries, but the extent of their injuries are unknown at this time.

Both directions of the freeway were closed for several hours, but reopened just after 6 p.m.

Investigators are interviewing multiple witnesses as the scene as the investigation continues.