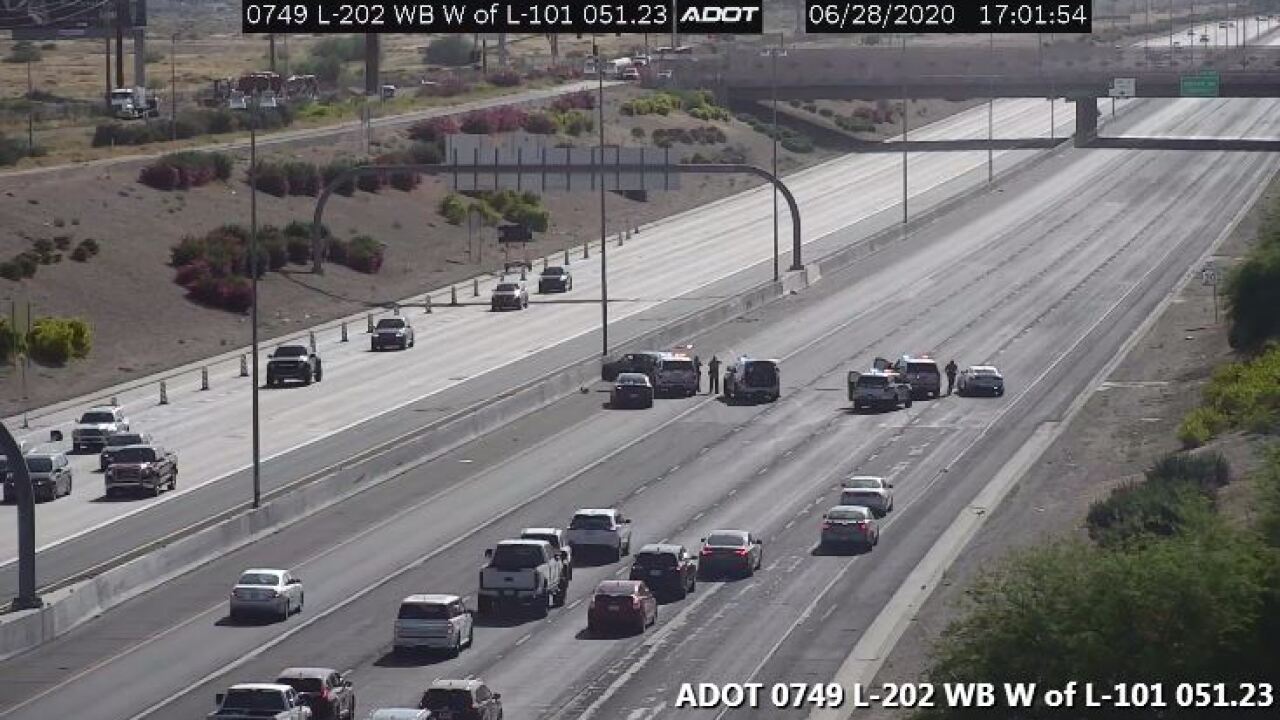 A driver was taken into custody Sunday after leading Department of Public Safety troopers on a pursuit in the east Valley.

Officials say the driver was reported to be driving erratically on Loop 202 - traveling between lanes, and at one point, colliding with the median.

Troopers found the vehicle just south of the US 60, where it nearly collided with another vehicle and continued to travel across multiple lanes.

Authorities say the driver refused to yield, so troopers used a grappler to stop the vehicle just west of SR 101, where the vehicle came to rest against the median wall.

The driver was taken into custody without incident.