DPS: 4 killed in wrong-way crash on Interstate 10 in western Arizona 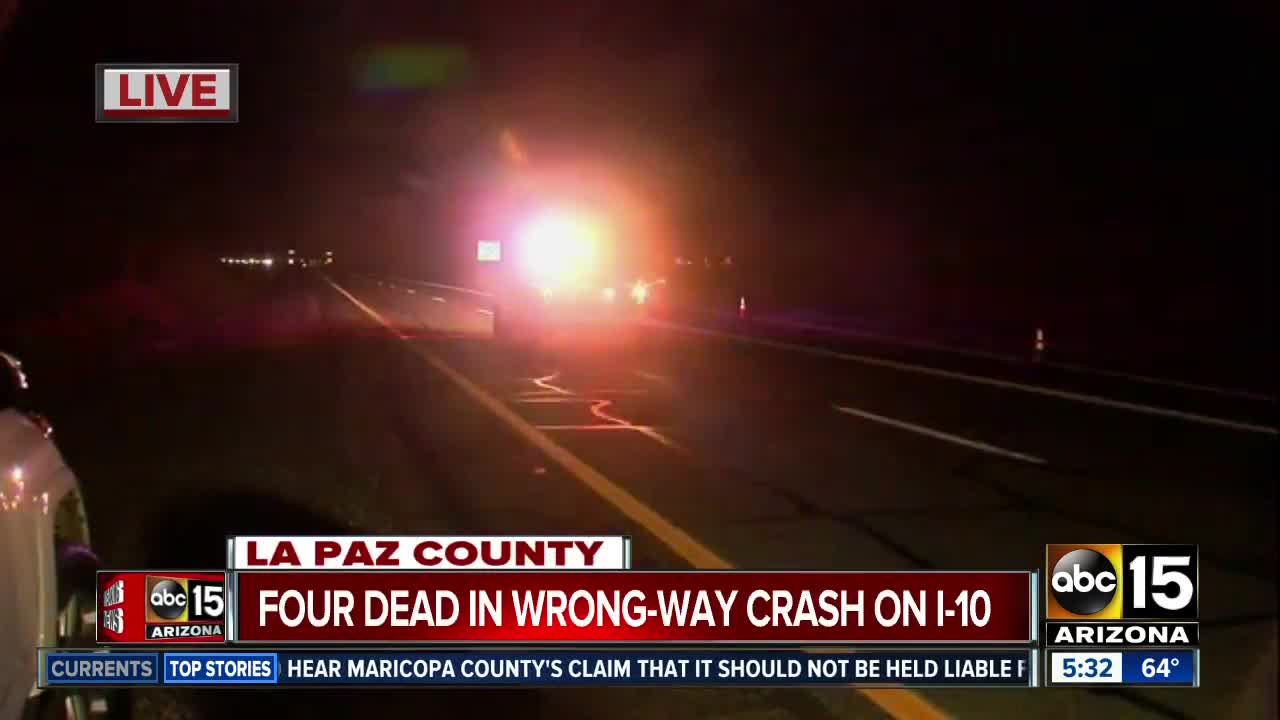 Four people were killed in the wrong-way crash. 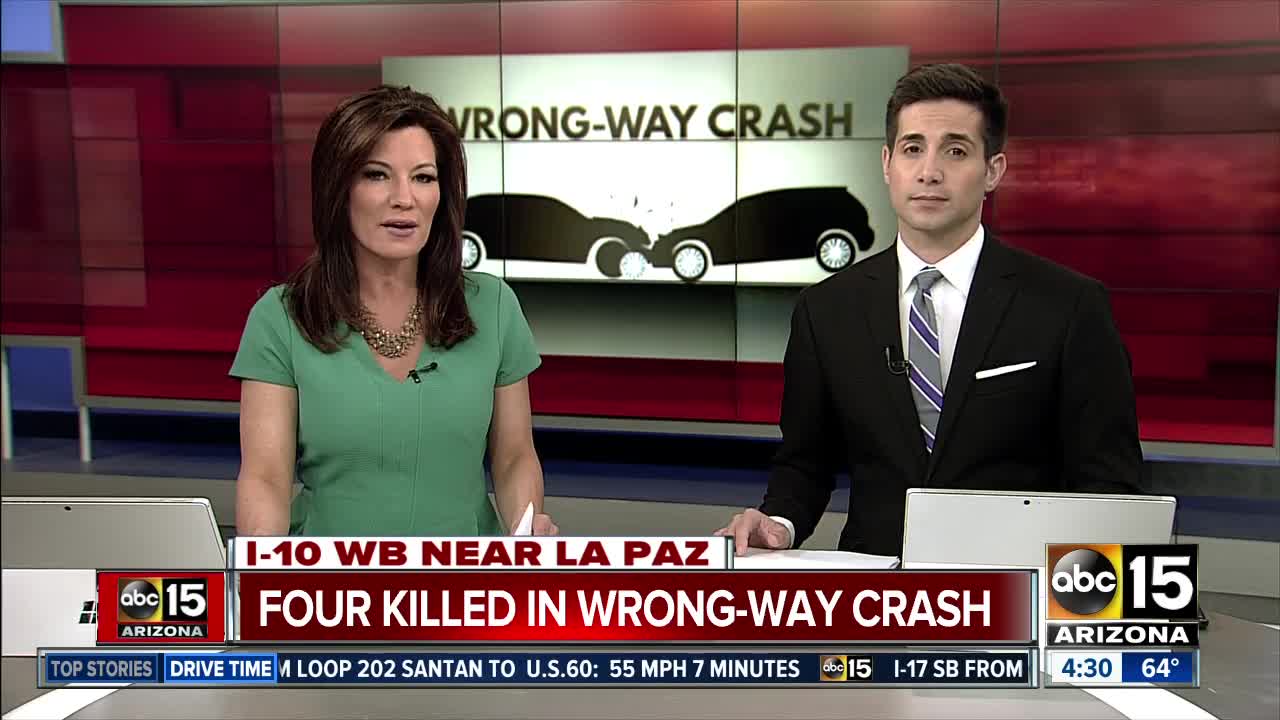 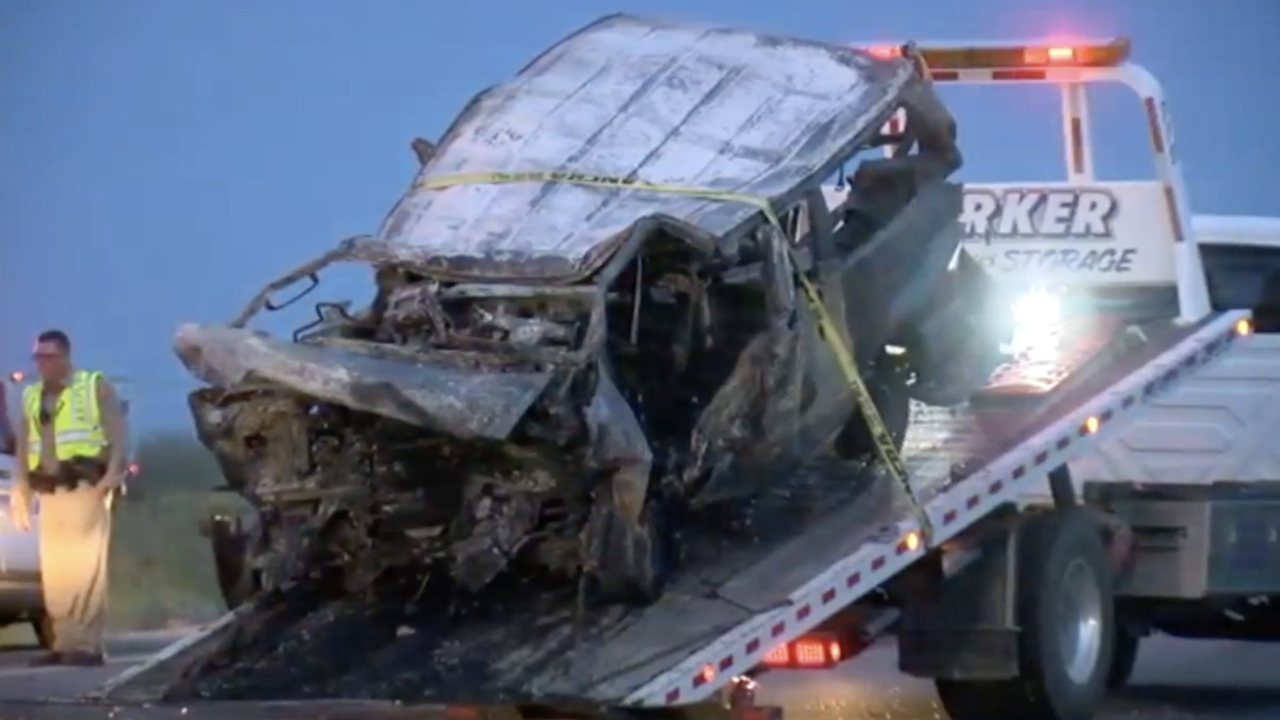 Officials are investigating a wrong-way crash that killed four people on Interstate 10 in western Arizona.

According to the Arizona Department of Public Safety, the crash occurred around 1 a.m. Wednesday near Centennial, milepost 68 in La Paz County.

A Nissan pickup truck reportedly collided head-on with a Ford passenger van in the westbound lanes of traffic.

Both vehicles reportedly burst into flames.

All three occupants in the passenger van and the pickup driver were killed.

DPS says there is no indication that either vehicle braked before the impact.

The cause of the crash is under investigation, but DPS says an alcoholic beverage container was found among the debris.

Westbound lanes were shut down after the crash.

To recap: A serious crash has closed westbound I-10 at milepost 68 (near Centennial). All traffic must leave the freeway at Exit 81 (Salome Highway). FYI: There's already a growing backup in the area. #aztraffic pic.twitter.com/pFYIFxVs26