Dogs seen running on freeway in Phoenix up for adoption Saturday 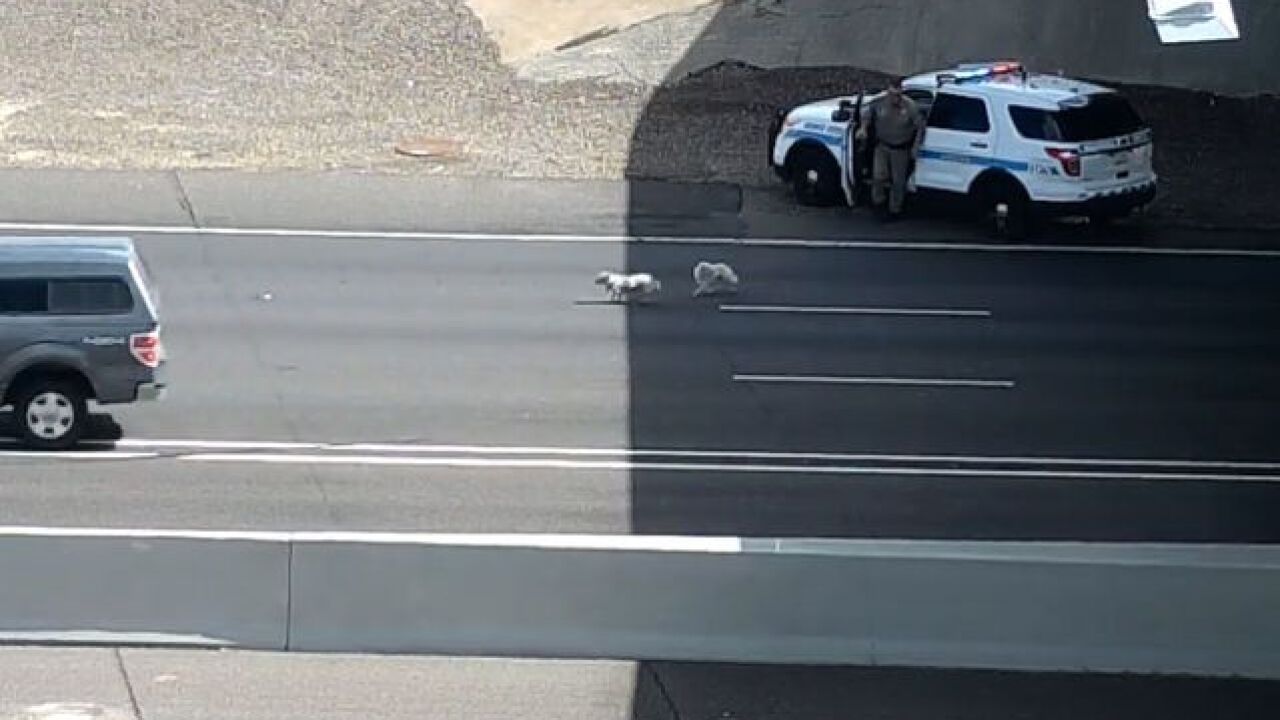 A couple of dogs rescued after running onto a Phoenix freeway and disrupting traffic last month are looking for their forever homes.

The Arizona Department of Public Safety briefly stopped traffic while troopers and Phoenix firefighters attempted to chase down the dogs.

One of the dogs was eventually caught on I-17, but the other ran from the freeway and into an RV park where residents were able to safely capture the pup.

The dogs, who were appropriately named “Speedy” and “Gonzales,” are going to be up for adoption Saturday at Maricopa County Animal Care and Control’s West Valley location.

People interested in adopting the dogs will be entered into a lottery system, an MCACC spokesperson explained. Their adoption fee is $150 each.