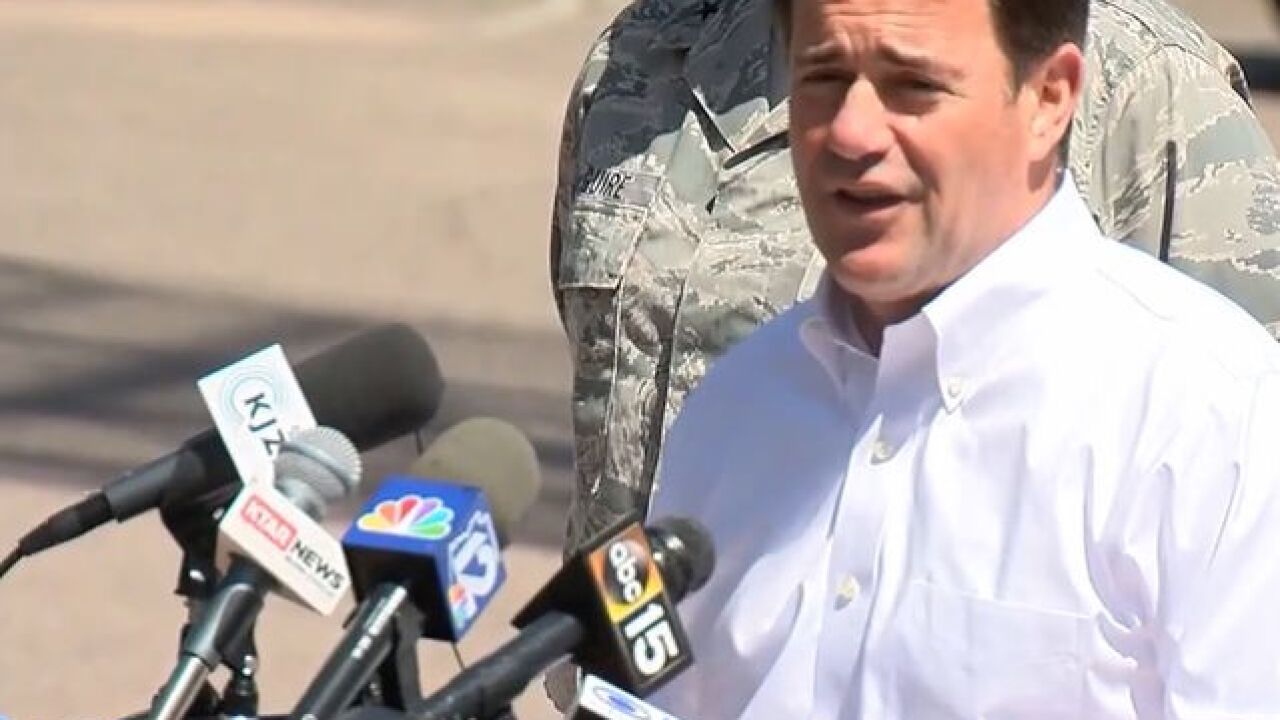 Copyright 2018 Scripps Media, Inc. All rights reserved. This material may not be published, broadcast, rewritten, or redistributed.
ABC15
<p>Doug Ducey at National Guard in Phoenix. </p>

Three Democrats have filed petitions to be on the primary ballot in the hopes of challenging incumbent Republican Gov. Doug Ducey this fall.

Kelly Fryer, the CEO of the YWCA Southern Arizona, filed nearly 11,000 signatures to get on the ballot, according to the Arizona Secretary of State's office.

She's running along with David Garcia, a U.S. Army veteran with a career in public education who filed more than 9,400 signatures. State Sen. Steve Farley, who was elected to the Statehouse in 2006 filed 8,770 signatures.

Republican and former Secretary of State Ken Bennett has said he's running and has been collecting signatures.

The filing deadline for candidacy is 5 p.m. on May 30.