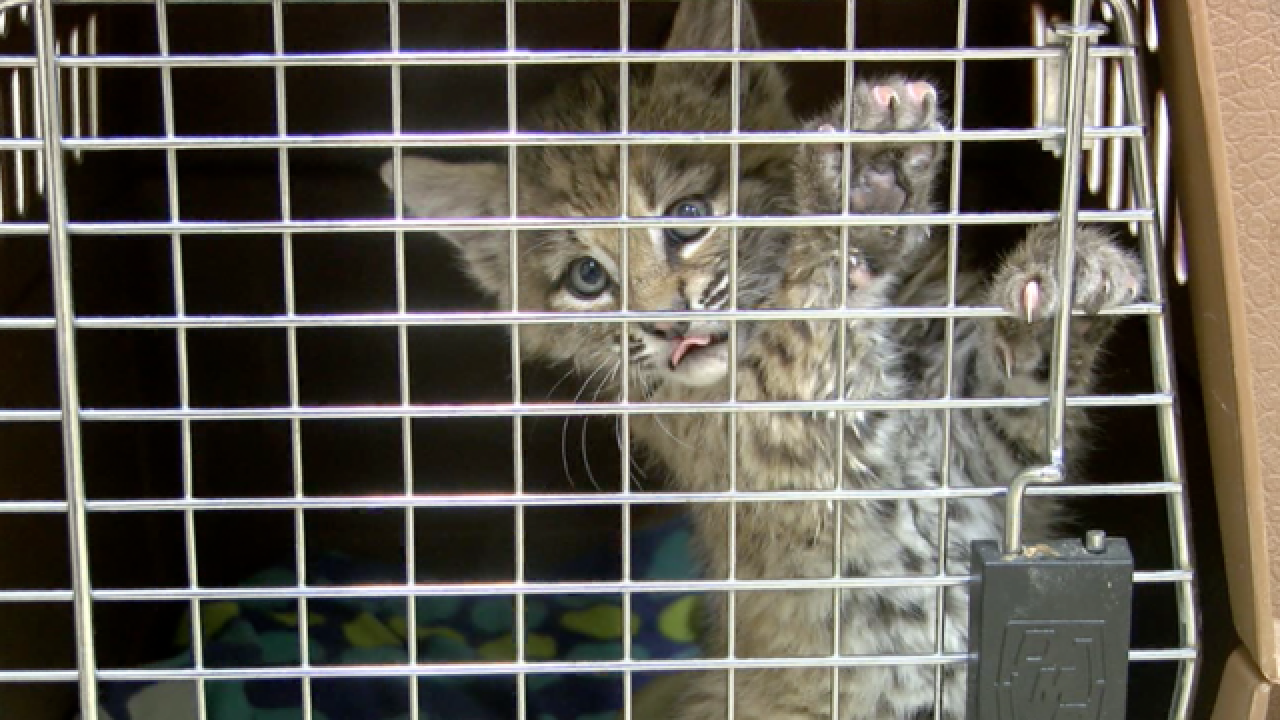 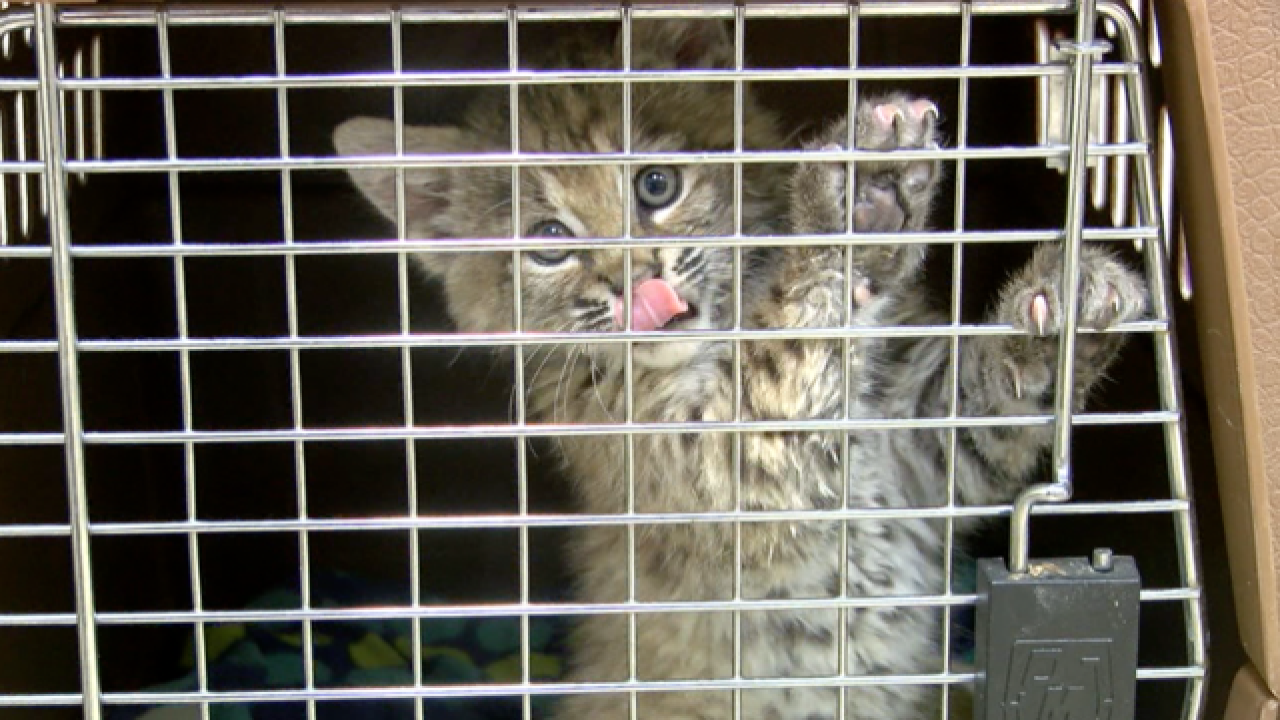 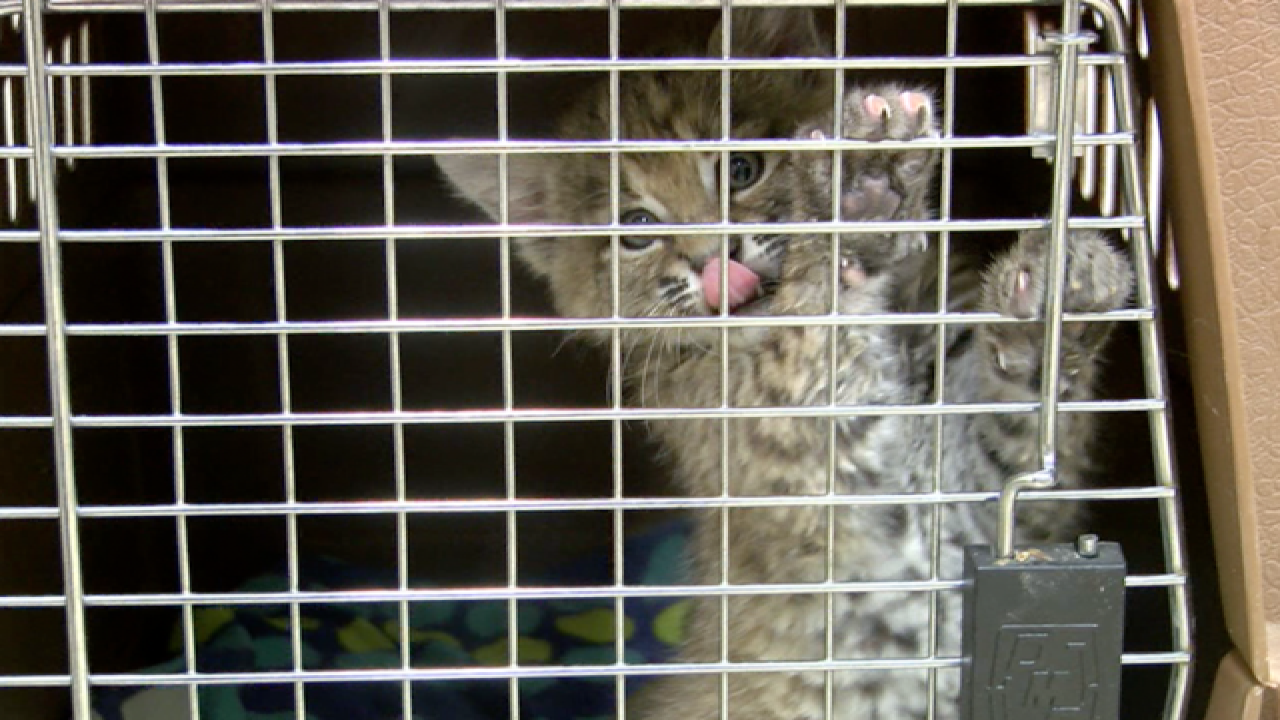 Two new furry faces are calling the Southwest Wildlife Conservation Center home after well-intentioned humans mistakenly plucked them from their families in the wild. Neither have names so contact SWCC and share your suggestions!

Watch the video above to see these adorable fluffballs up close!

One Valley family found this month-old gray fox with his sister in their attic. They called the SWCC rescue team to come pick the two up. The kits had been separated from their mother for about a week upon arrival. Unfortunately, the sister did not survive.

Another Valley family found this bobcat kitten in their backyard and thought they could keep it as a pet. A neighbor learned they were trying to domesticate this wild creature and called the Southwest Wildlife Conservation Center to rescue the fluffball. Due to all of the human contact, the bobcat had already imprinted. Imprinting is when an animal recognizes and attaches itself to a motherly/trusting figure. Since the kitten is no longer afraid of humans, its chances for survival in the wild are slim to none – which means its greatest chance for survival is living in captivity.

Both babies are being fed a special medical formula designated for wild mammals. They have graduated from nipple feeding and will soon be transitioning to bowl feeding within the next month.

A Southwest Wildlife Conservation Center representative says they are expecting a heavy season of wild animal babies. The rainy season was so nourishing this winter that we will possibly be seeing a boom in the bunny population. This blossoming of the ecosystem might carry over for the next couple of years, bringing new life to our Sonoran Desert!

FRIENDLY REMINDER: If you see an animal in the wild, do not approach it! If you hit an animal with your car, do not touch it! You must have a special Game & Fish permit to touch/handle wild animals in Arizona and if you don't have one, you could be fined (even if your intentions are well-meaning)! Immediately call the Southwest Wildlife Conservation Center and they will let you know what to do! Lots of people get fines for bringing in animals to the center, instead of calling the rescue team to have them picked up.

The Southwest Wildlife Conservation Center operates solely off of donations! Click here if you would like to help!