Commissioners 'ashamed' of CenturyLink after 911 system outage in Page 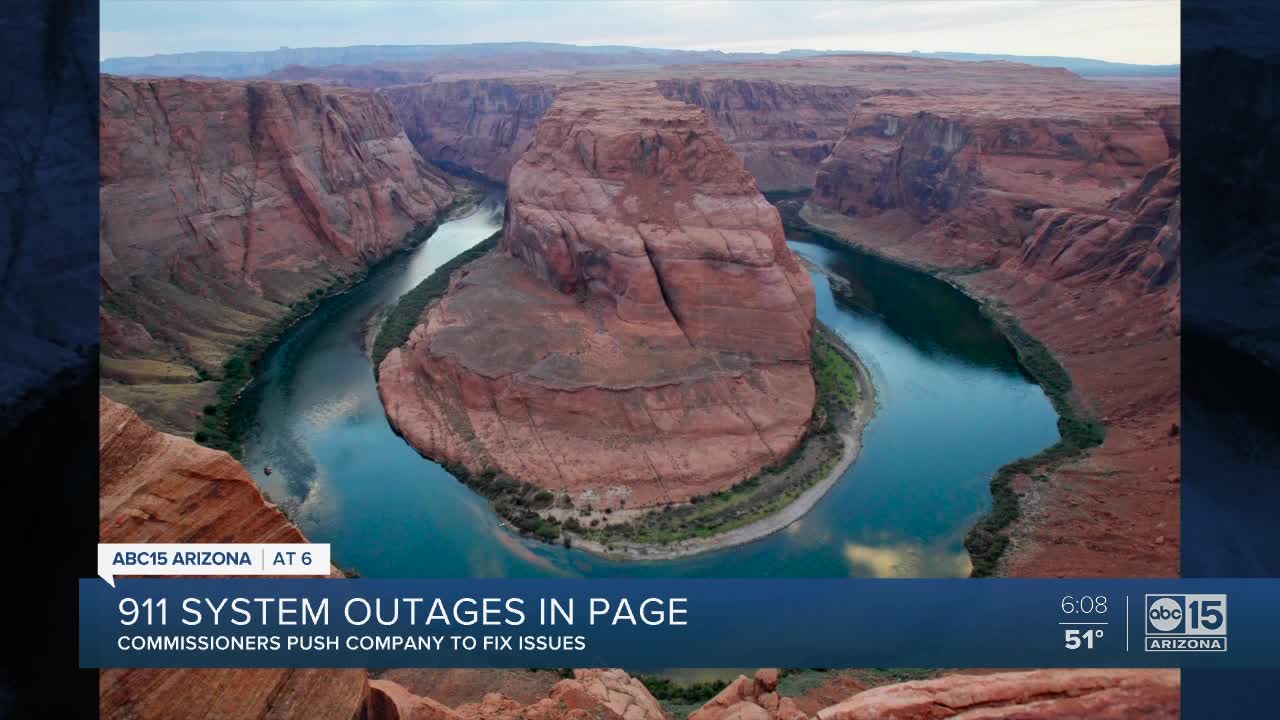 911 system outages in Page are drawing concern, with authorities in the area putting the blame on CenturyLink.

PAGE, AZ — Members of the Arizona Corporation Commission told CenturyLink the company has about a month to fix service issues in Page before they take the next step that could lead to legal action against the company.

According to Page's city manager, there have been several outages in the city and surrounding areas in the past few months. In January, an outage took down all the landlines and the city's 911 system for 20 hours, according to Page Chief of Police Drew Sanders.

"This left us in an extremely vulnerable position," said Chief Sanders who spoke at a commission meeting Tuesday. "It really put people in jeopardy, put a lot of people in danger, including police and firefighters. It's something we need to get corrected."

During that 911 system outage, Chief Sanders said they had to work with Flagstaff to re-route the 911 calls. Flagstaff received the calls and then called back Page dispatch on the one cell phone they have as a backup.

"If people can't call in, if they don't have access and they need help in a very remote and difficult area at times, minutes matter," said Chief Sanders.

Chief Sanders told the commissioners it's become a regular thing for the non-emergency lines in the dispatch center to go down. Sander said they not only serve the 7,900 people in Page, but more than four million tourists that visit every year.

"We're the public safety answering point for a greater area, almost to 100 miles out at times," said Chief Sanders.

CenturyLink Associate General Counsel Timothy Goodwin addressed Page leaders and commissioners at the meeting, and said the company wanted to work with Page directly to figure out what's going on. Goodwin said there was no need for the commission to take legal action.

"We want to cooperate and make sure we're serving Arizona residents and businesses in the best way we can," said Goodwin.

But commission staff argued that there's been little cooperation. Commissioner Sandra Kennedy brought up previous CenturyLink outage issues in other parts of the state.

"I'm ashamed of you," she said to Goodwin. "When is the company going to own up to what they have not done properly?"

All five commissioners voted to draft an OSC, or Order to Show Cause. According to a spokesperson for the ACC, the OSC would investigate the outages and get to the root cause of why the service outages occurred, causing CenturyLink to not be able to provide continuous and reliable service to its customers.

Commissioners said it's rare for them to vote on an OSC, but this is a matter of public safety. They won't officially vote on the order until the open meeting in March.