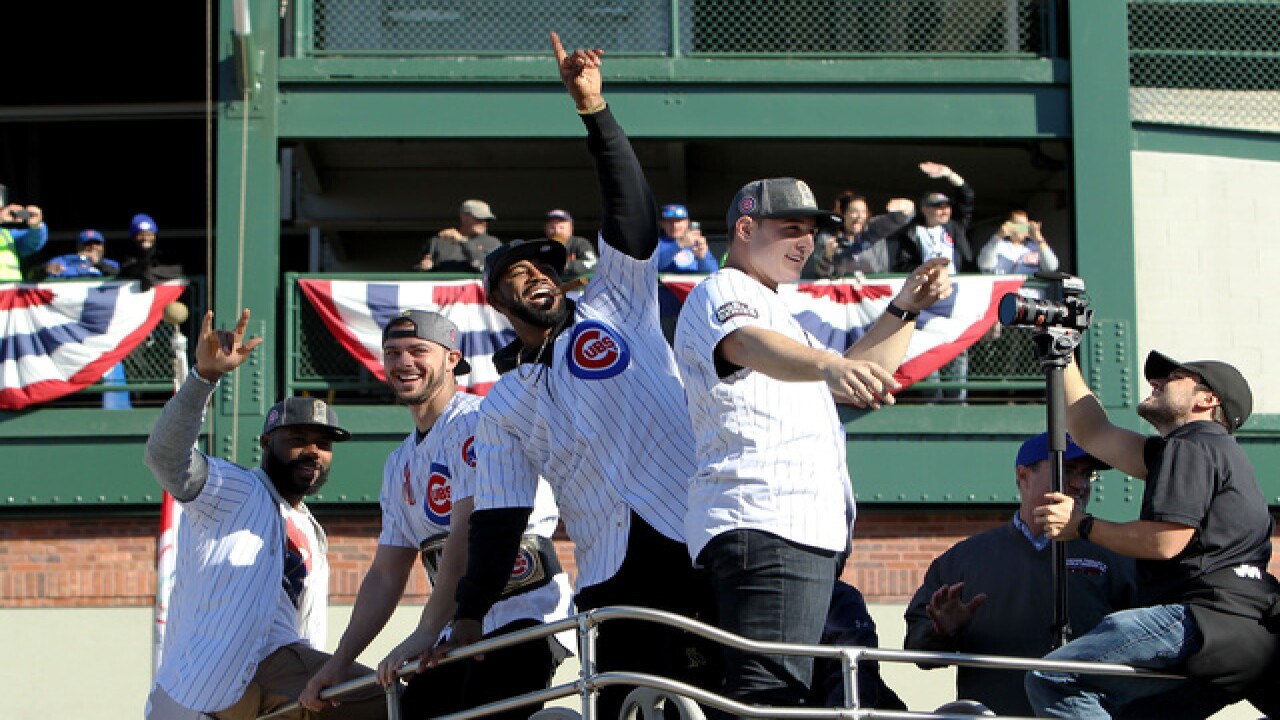 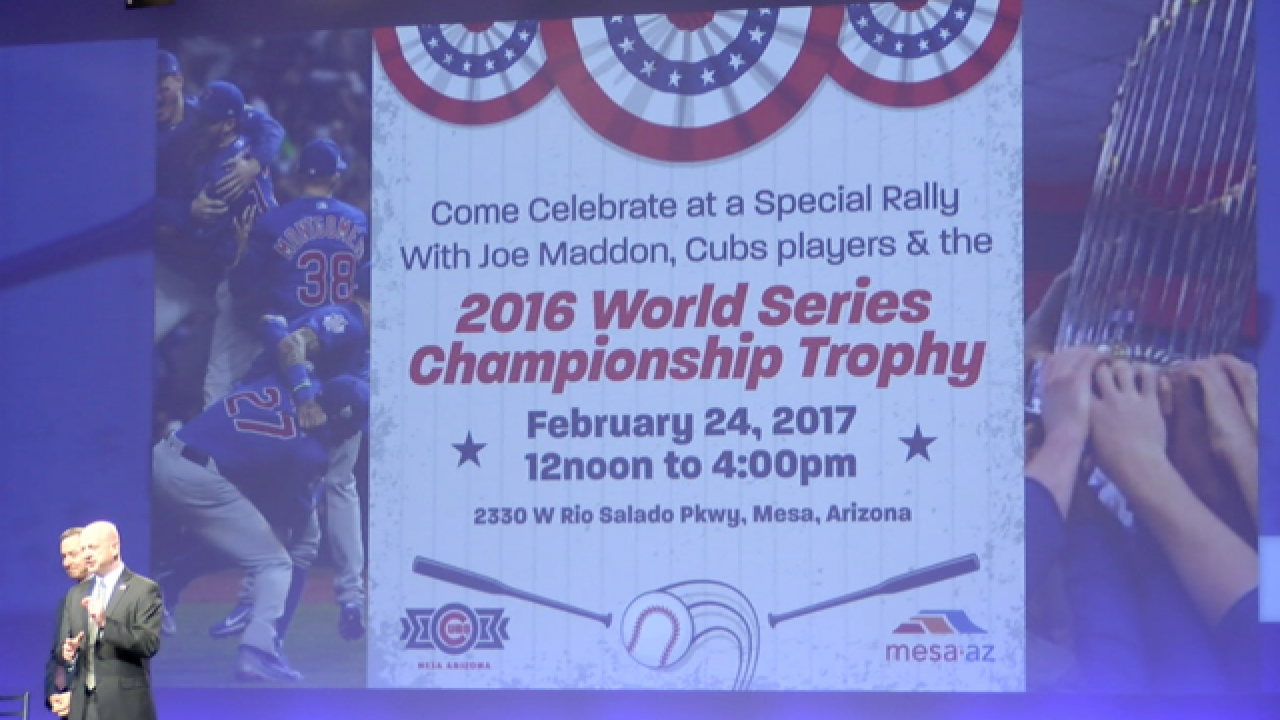 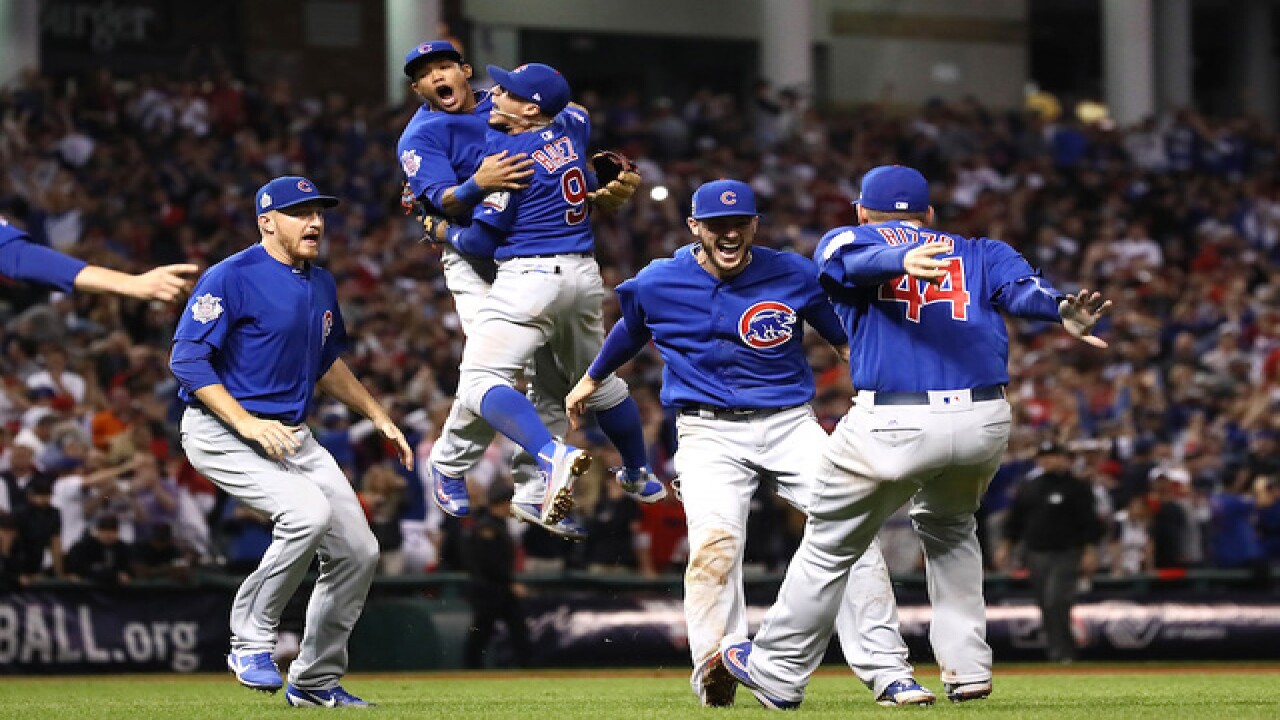 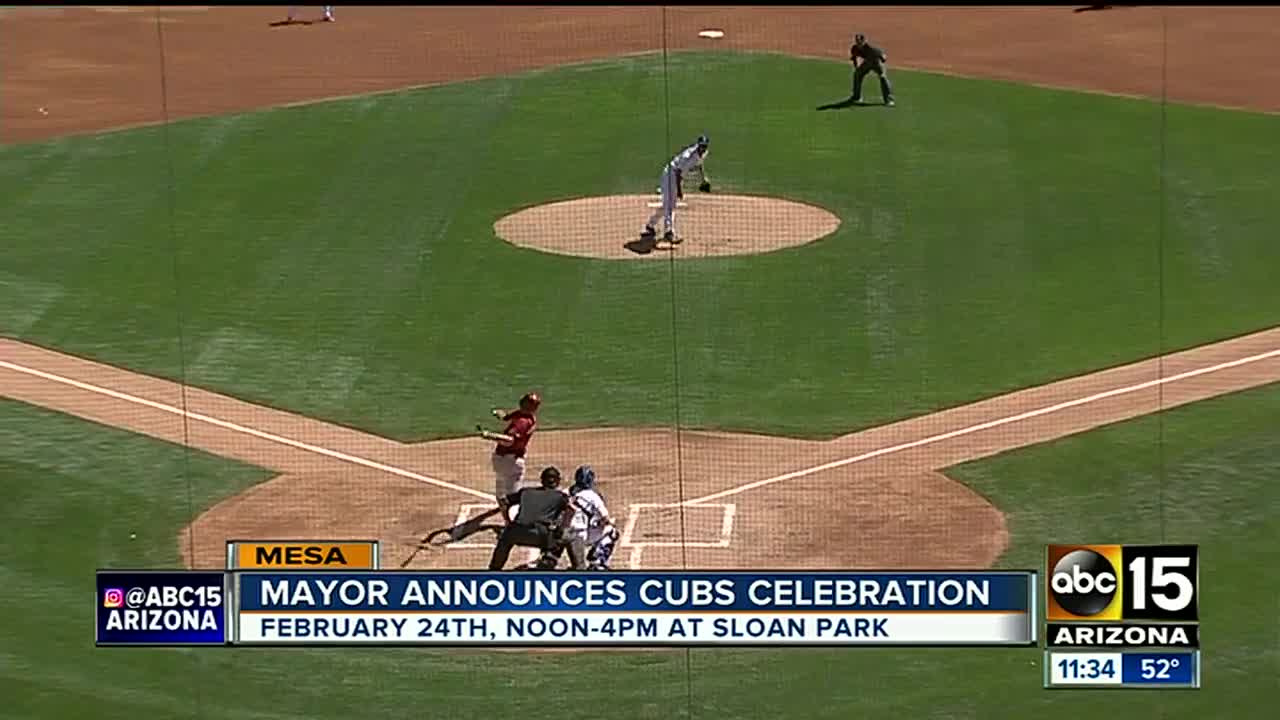 The Cubs' World Series celebrations will be continuing here in Arizona!

The Chicago Cubs plan to thank their loyal fanbase by bringing the Commissioner's Trophy to their Spring Training home in Mesa.

Mesa mayor John Giles announced at Tuesday's State of the City that a rally will be thrown in the Cubs' honor on Friday, February 24 from 12 p.m. to 4 p.m., hosted by the city of Mesa at Sloan Park.

Fans will have the opportunity to party with their home-away-from-home heroes and fun-loving manager, Joe Maddon. Opening day in Mesa will be the following day, Saturday, February 25.

"Outside the city of south Chicago, this city and this group of people are among the most excited people on the planet with the success of the Chicago Cubs," exclaimed Mayor Giles.