Can using CBD products cost someone their job? Here's what you need to know 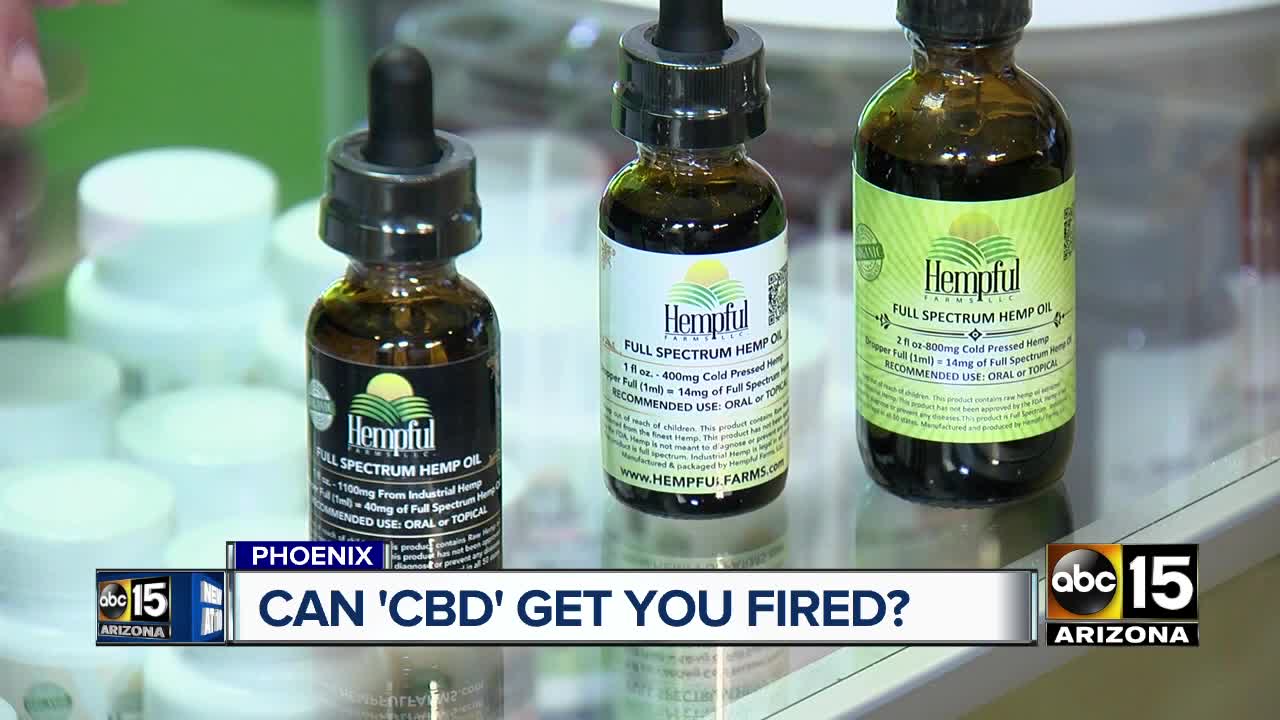 It is a hot product that is all the buzz right now, and it's helped bring relief to tens of thousands of people who suffer from chronic pain and anxiety, but ABC15 is now hearing from Valley residents who say using a full spectrum form of CBD oil cost them their jobs. 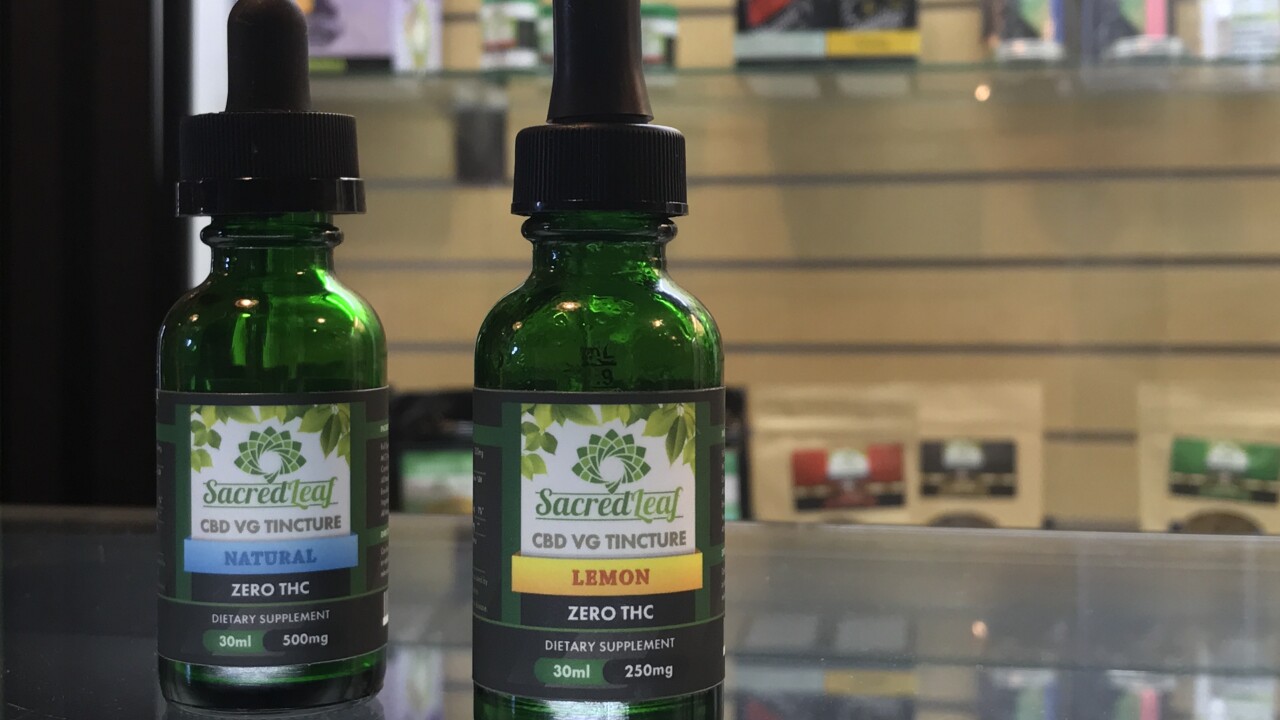 PHOENIX — It is a hot product that is all the buzz right now, and it's helped bring relief to tens of thousands of people who suffer from chronic pain and anxiety, but ABC15 is now hearing from Valley residents who say using a full spectrum form of CBD oil cost them their jobs.

CBD is a product that comes from the cannabis plant. Hemp-derived CBD with trace amounts of THC or tetrahydrocannabinol has been given the green light for use by the federal government. These products must contain less than 0.3 percent THC in it. That is the substance that gives you the so-called "high" associated with marijuana.

"I tested positive for THC, and I ended up being put on administrative leave," said Tammy Allen, who ended up eventually losing her job due to her company's policy of no drug use.

Allen said she was taking CBD after suffering from seizures and migraines. She was told the product she was using had no THC in it; she even had lab toxicology reports from the company to prove it, so when she was completely caught off guard after a drug test revealed positive results for THC.

Allen said she had taken a dose of CBD two days before the drug test.

"It looked as if I had just smoked pot as if I had just done pot like within a couple of days of being tested," said Allen. She had the product tested on her own and found the lab results to be very different from what the company had given to her.

Allen said it was an online CBD company and declined to disclose the name of the business.

Another Phoenix mother, who requested anonymity, told ABC15 she also tested positive for THC and almost lost her job. Thankfully her company let her stay after performing further tests.

The woman said she had deviated from the product she normally used and got a bottle of full spectrum oil from a Valley smoke shop. She too was told the product contained no THC.

"I am going to tell you right now, any full-spectrum product that has all of the cannabinoids in it, you're going to run that risk," said Martin.

He added that his clients included police officers, transportation workers, and airline pilots, and he had warned all of them about the risks of taking a "full spectrum oil" when they came in to buy products.

In eight years of running his company, Martin said he had only heard from two customers who told him they had failed a work drug test.

"I had warned them they ran that risk, but they chose to take it anyway," said Martin.

A full spectrum CBD oil is one that includes all of the active compounds in the raw hemp, or cannabis plant. Even with oil that contained less than the federally allowed limit of 0.3 percent THC, Martin said users ran the risk of testing positive.

Chris Riley, a compliance officer at the Crossroads Substance Abuse Treatment Center, said he always warned his staff and clients to err on the cautious side.

"Without having any studies, having any research we really don't know what the long term or short term effects will be," said Riley.

Across town at A Better Today Recovery Services, clinical manager Eboni Fields fielded the same question from her clients. Her advice?

"Everything needs to go through the doctor when it comes to any type of medication. Also, know who the provider is where are you getting the CBD from," she advised.

Martin advised those who were using CBD to research the companies they were purchasing the products from closely. They should be able to provide you with toxicology results. Ask them questions. If you sense any hesitation, you may want to consider another company, said Martin. He added that a good company would care about a customer's well being more than a quick sale.

"It does me no good if you don't come back because you failed a drug test, or lost your job, or the product doesn't work. That does our company no good at all." Martin said.

ABC15 asked Martin if stories like this could hurt his business.

"No, I want these stories to come out. How many people are out there making this product in the back seat of their car and not testing it," responded Martin.

He advised those worried about losing their jobs to consider taking an isolate or distillate product, in which most of the other substances except for the CBD are removed.

Unfortunately for Allen, despite the relief her CBD oil gave her, she is no longer using the product as she fears to lose a job again.

"To test positive for something you know you didn't do, and to try to convince everybody you didn't do it, that's a horrible feeling," said Allen.

It is also a good idea to talk to your company human resources department or supervisors about using CBD on the job. Some workplaces may allow it; others may have a stricter policy. The woman who chose to stay anonymous said her company is allowing her to remain on the job. She has now switched to a CBD isolate product, instead of taking the full spectrum oil.