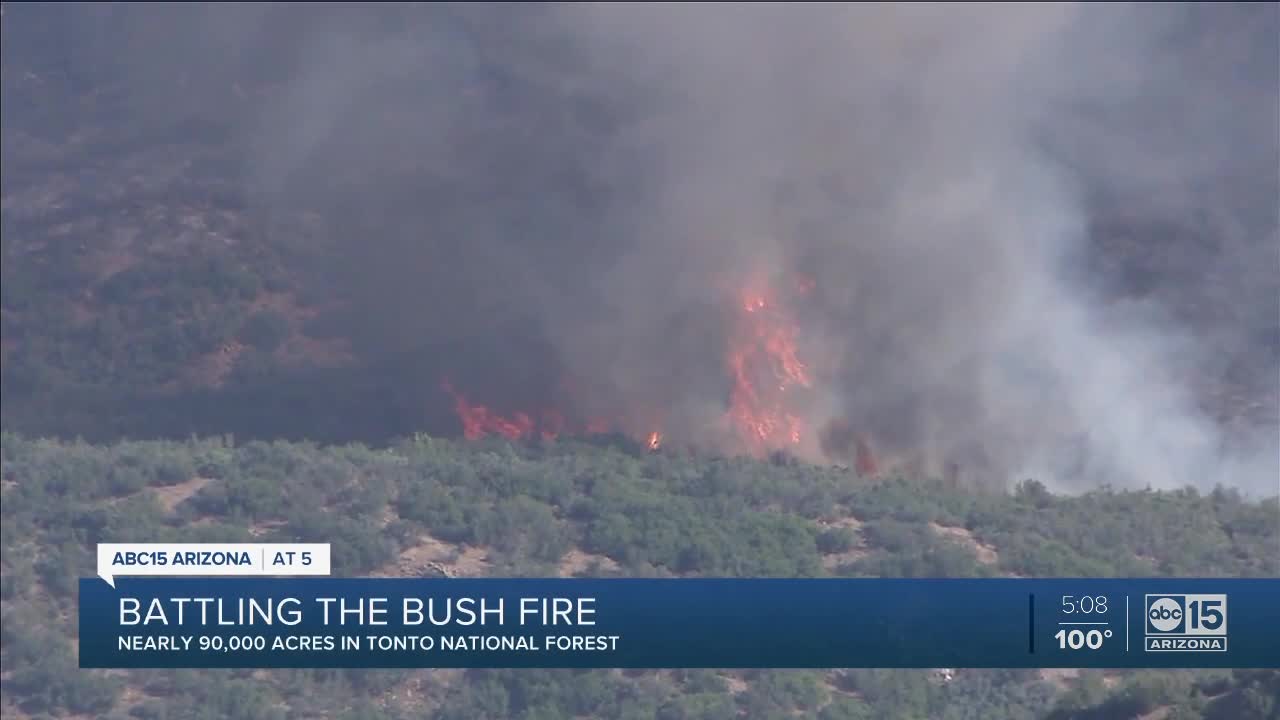 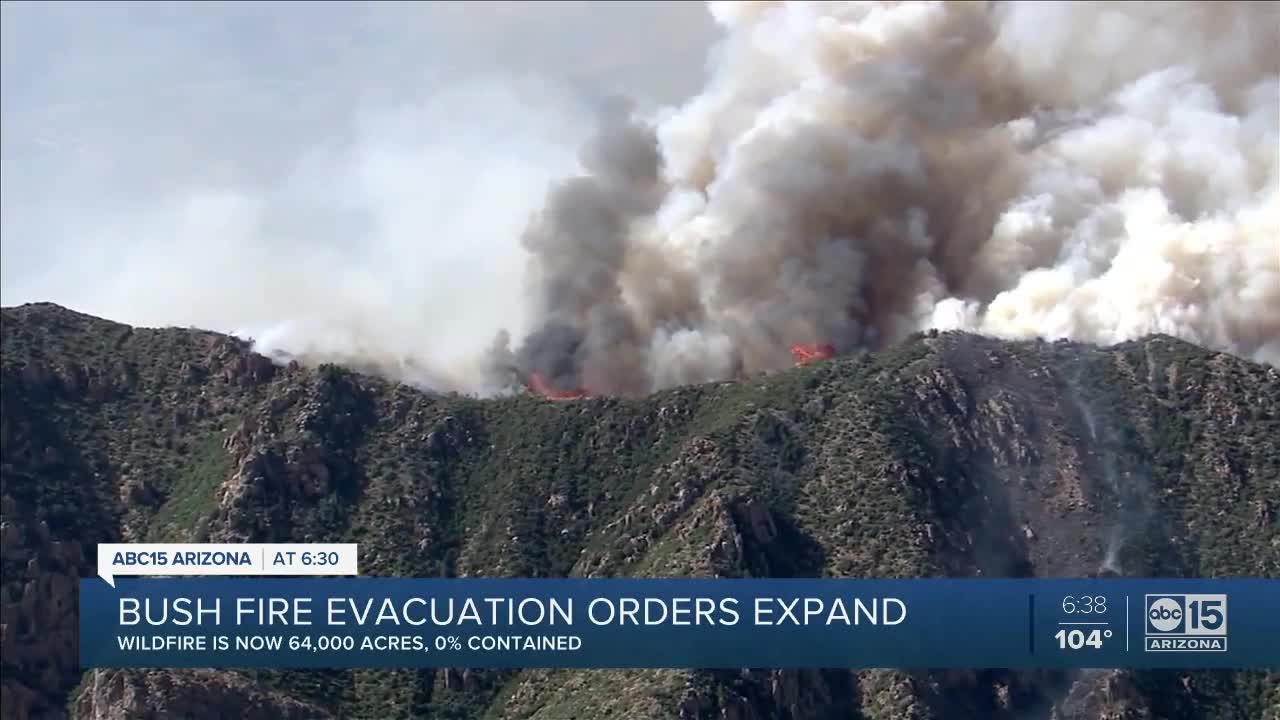 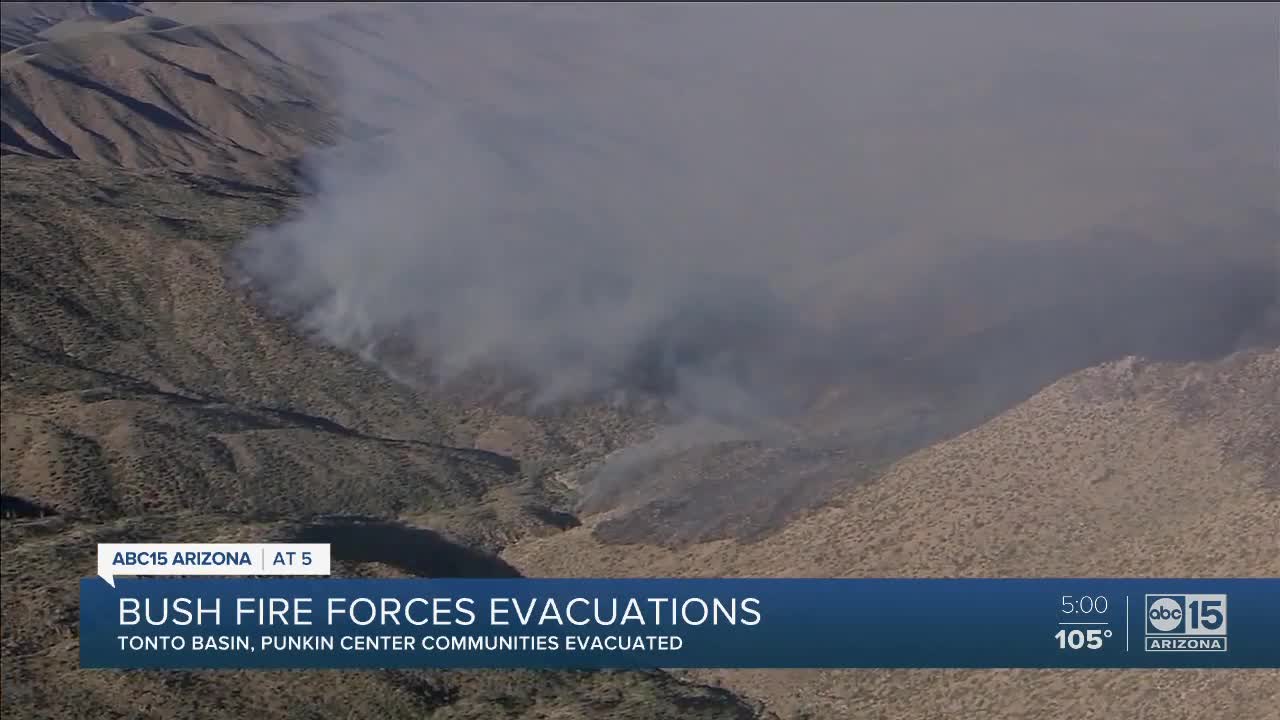 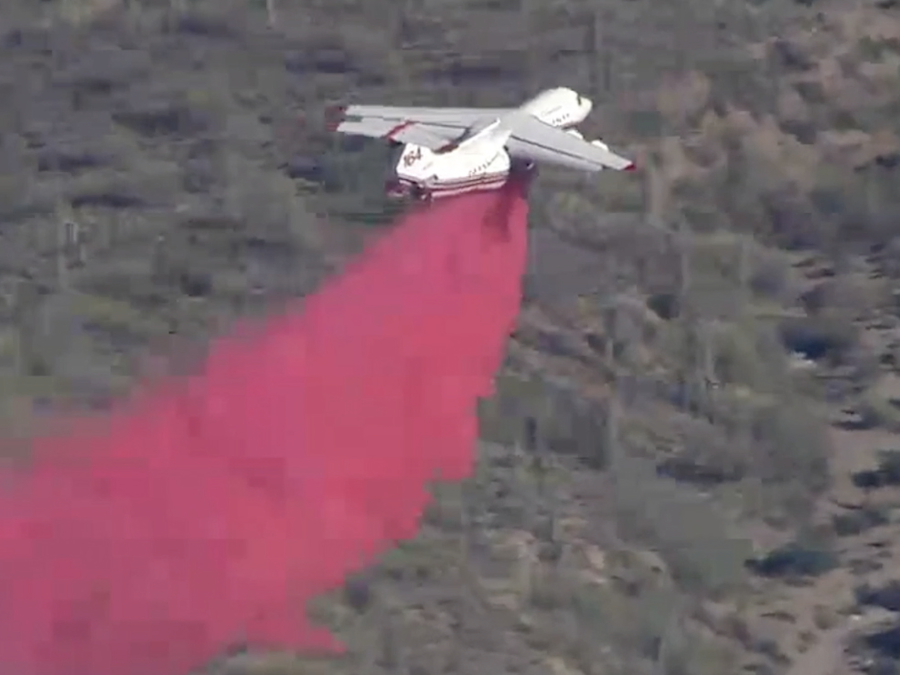 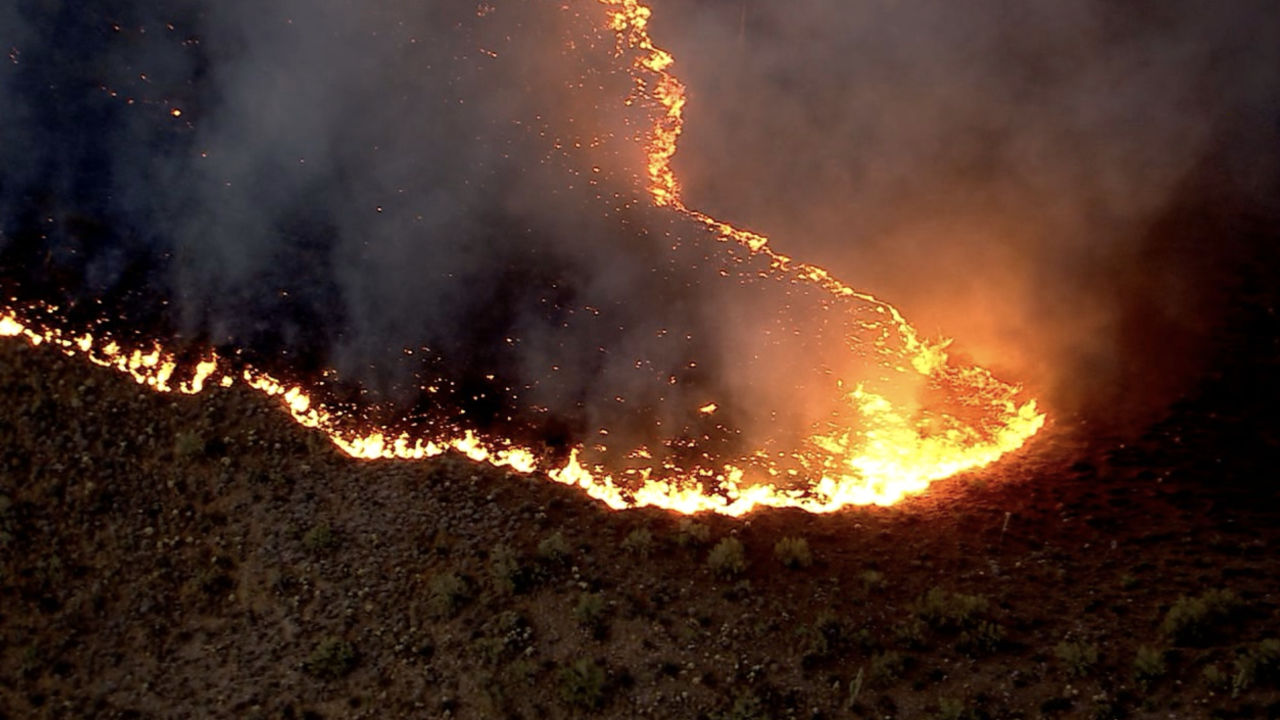 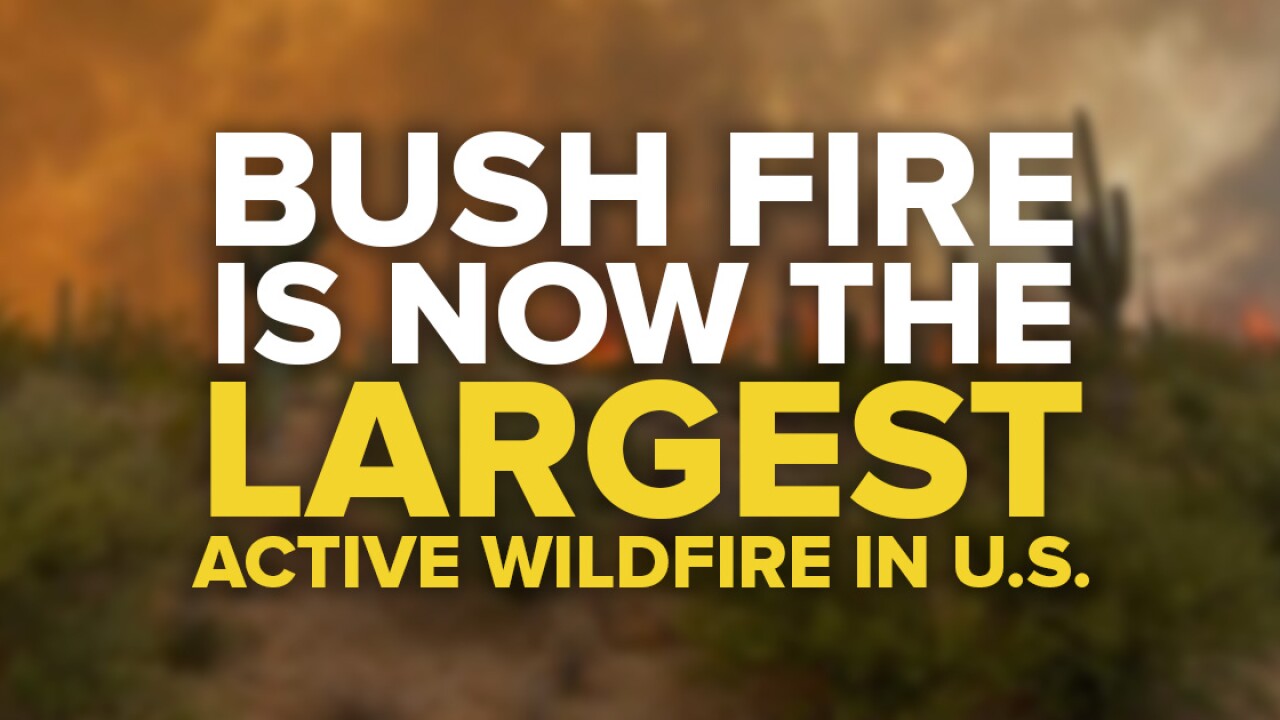 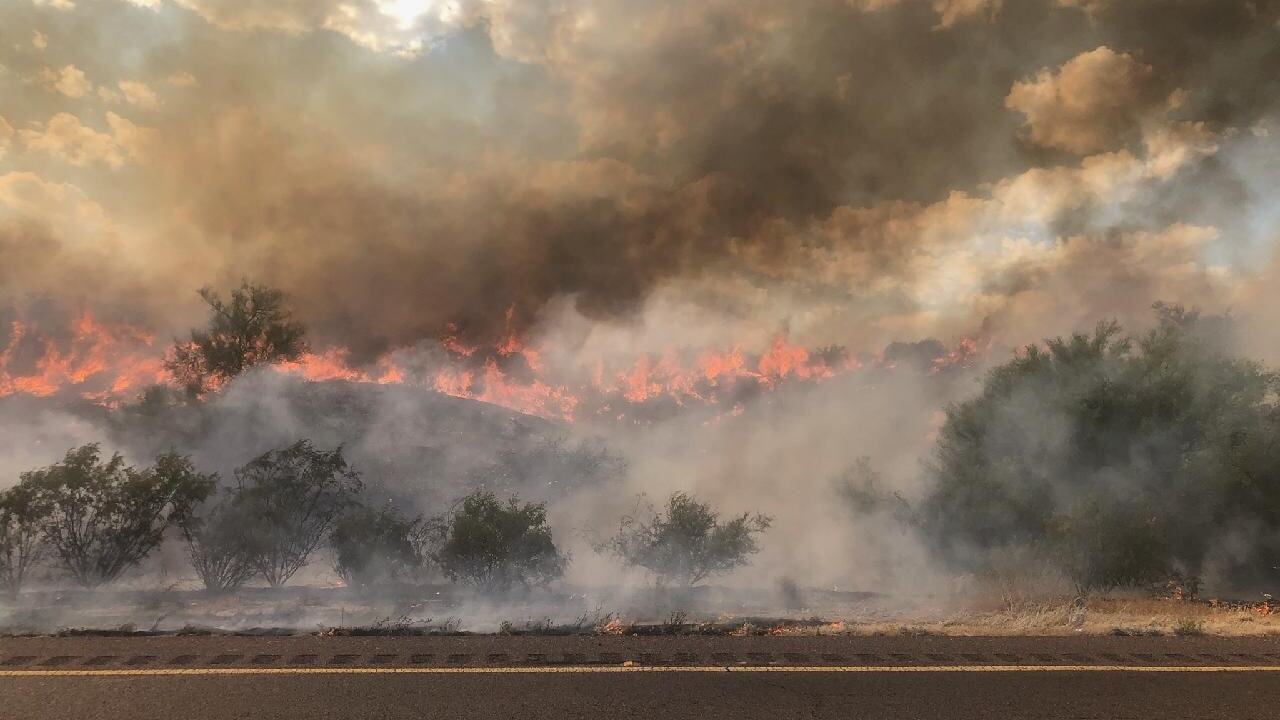 PHOENIX — The Bush Fire burning northeast of the Valley is now the largest fire actively burning in the country, according to officials.

Geographic data from National Interagency Fire Center shows, as of June 17, the Bush Fire has burned more than 89,000 acres.

The second-largest fire in the country is the Ingakslugwat Hills Fire in Alaska, which is at about 63,000 acres.

Of the 10 largest fires in the United States, four of them are in Arizona. There are 12 total active wildfires burning in Arizona right now.

Below is a list of the top 10 largest active wildfires in the United States, according to official geographic data.

Note: two wildfires, the Basin Fire and the Vilas Fire, were excluded from this list as their acreage counts were each more than a month out of date.

LOCATION: Near the intersection of Bush Hwy and Hwy 87

EVACUATIONS: Tonto Basin/Punkin Center, Sunflower, Apache Lake and all residents and businesses on Highway 188 from Punkin Center to the 188 - Highway 87 Junction, to include Jakes Corner, Pioneer Pass, Brownsville, and Slate Creek evacuated