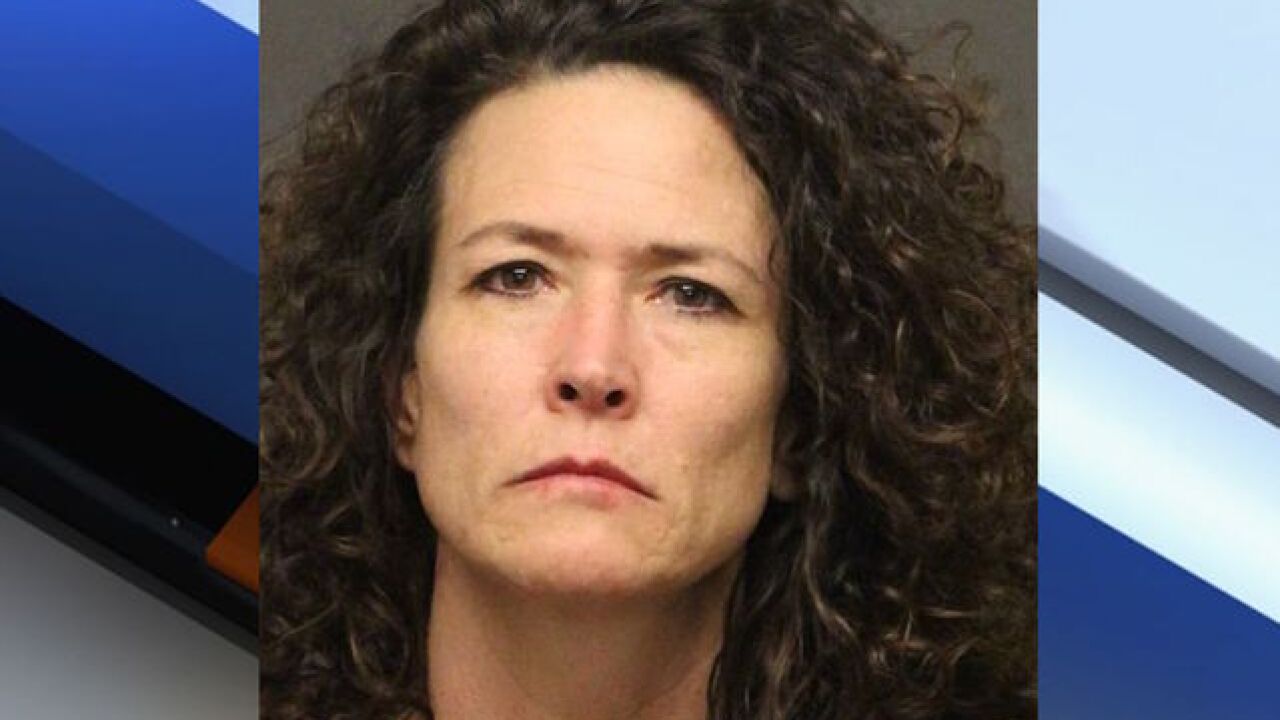 A Mohave County woman led deputies on a nearly 20-mile pursuit, and at one point found herself trapped behind another vehicle inside a carwash.

Sims stopped but refused to roll down her window more than an inch or give identification to the deputies.

Mohave Co. says Sims then sped through a barrier and drove into a nearby carwash.

Once inside the carwash, Sims was trapped because another car was inside being washed. Deputies placed a spike strip inside and successful disabled one tire.

Deputies then attempted to break a window and open the door to arrest Sims, who allegedly drove into the vehicle in front of her, damaging it and pushing it out of the carwash.

In the process, the rear of her vehicle allegedly hit a deputy but did not cause serious injury.

A pursuit then began on Highway 95, with Sims’ vehicle reaching speeds of at least 80 mph and running several red lights.

The pursuit lasted about 19 miles, and in the process debris from the blown tire caused a hole in one deputy’s windshield hitting him with glass fragments in the eye and arms.

Sims eventually came to a stop near Rio Vista Road and Ramar Road in Bullhead City. Authorities said she continued to resist arrest but was eventually taken into custody.

No deputies were seriously injured during the incident.