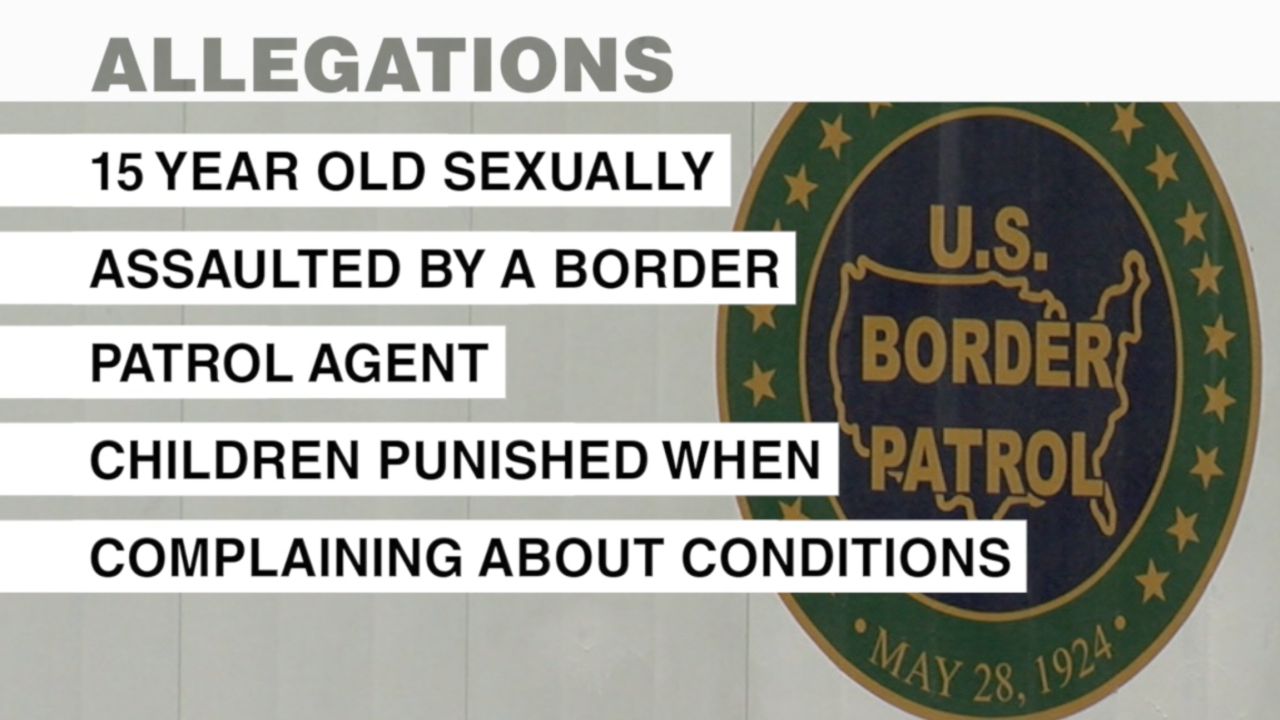 YUMA, AZ — Two weeks ago the U.S. Border Patrol showed off its new Yuma Immigration Holding Facility. The facility has more room, food, water, and showers - big upgrades for immigrants who were processed in the older facility.

Anthony Porvaznik of the Border Patrol said, "It's gonna be a great addition to Yuma sector and our ability to process all the people we encounter in this humanitarian crisis."

The picture of a clean, cool and spacious facility is in stark contrast to what is now being reported. Citing two dozen incident reports that were filed between April and June, NBC News says children being processed through the Yuma facility were punished when they complained about living conditions, and in one case, a 15-year-old girl says she was sexually assaulted by a Border Patrol Agent while others watched.

"We know they were abused in terms of food and water and space to sleep," says Esther Duran Lumm. Lumm is the President of Uncage Reunite Families Coalition - an umbrella organization representing more than 20 immigrant rights groups.

Lumm says attorneys from the Uncage Reunite Families toured the Yuma immigrant processing center last year and reported children were being forced to sleep on the floor, in some cases separated from their parents and ate ramen and cheese crackers three times a day.

Based on what the attorneys learned, immigrant rights groups lobbied state and federal officials for improved conditions. "We have been so adamant about trying to get Congressional field hearings so they can know what is going on here in Arizona," Lamm says. An attempt to create an oversight committee to inspect any state-licensed facility housing immigrant children failed in the legislature.

Those calling for action may finally start to see it as calls for action get louder in Congress.

Arizona Senator Martha McSally told ABC 15 Wednesday, “Of course these allegations should be investigated by the appropriate authorities. Border Patrol Agents have one of the hardest jobs in America right now, as they are being asked to protect our borders, while also being asked to handle the humanitarian crisis on the border. If there are bad actors within their ranks, we need to address it immediately.”

Congressman Raul Grijalva issued a statement saying in part, “The situations described by these children are unconscionable and should shake every American to their core. Sexual abuse, retaliation, and any form of child abuse should never be common-place, yet the culture of corruption and systemic abuse within all facilities holding asylum-seeking children and their families has made this a disgusting reality." Grijalva added, "every last individual abusing children—or complicit by turning a blind eye—needs to be fired and criminally prosecuted for their disgusting behavior, and Members of Congress must be allowed immediate access to these facilities to conduct urgent oversight.”

A spokesperson for Senator Sinema said, "Kyrsten is disturbed by the allegations and will be speaking to Acting Homeland Security Secretary McAleenan to get answers.”