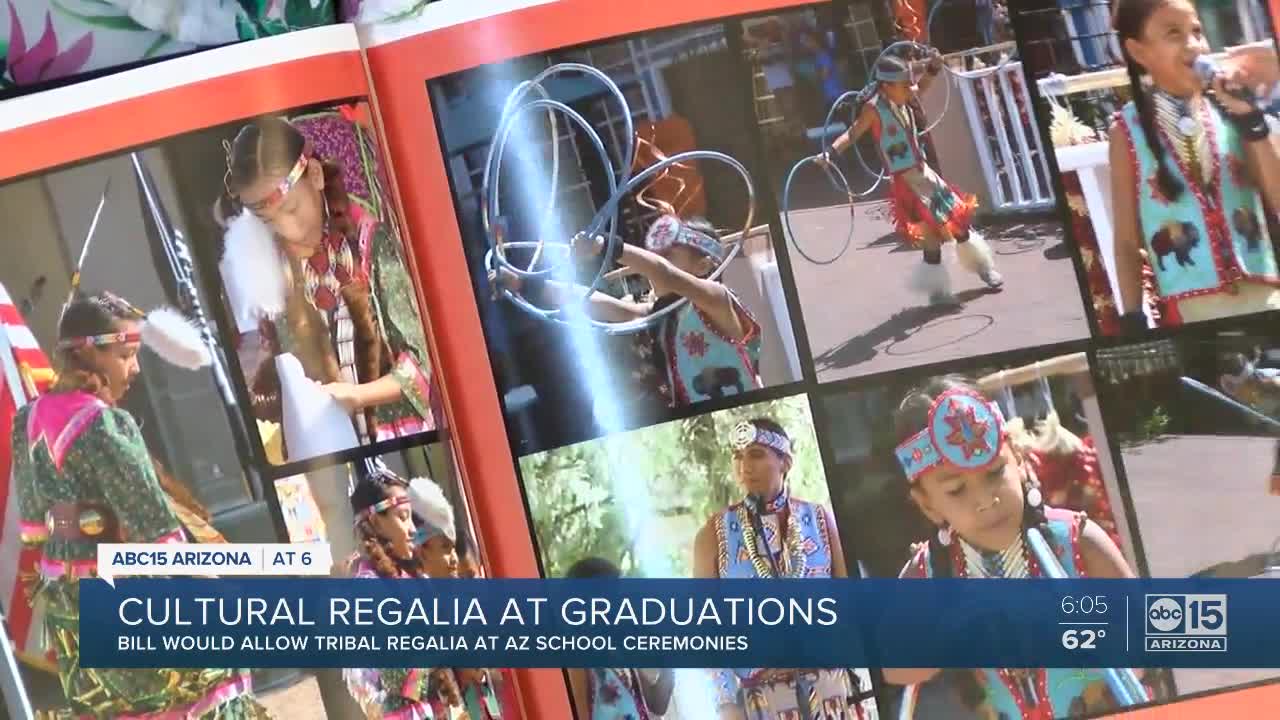 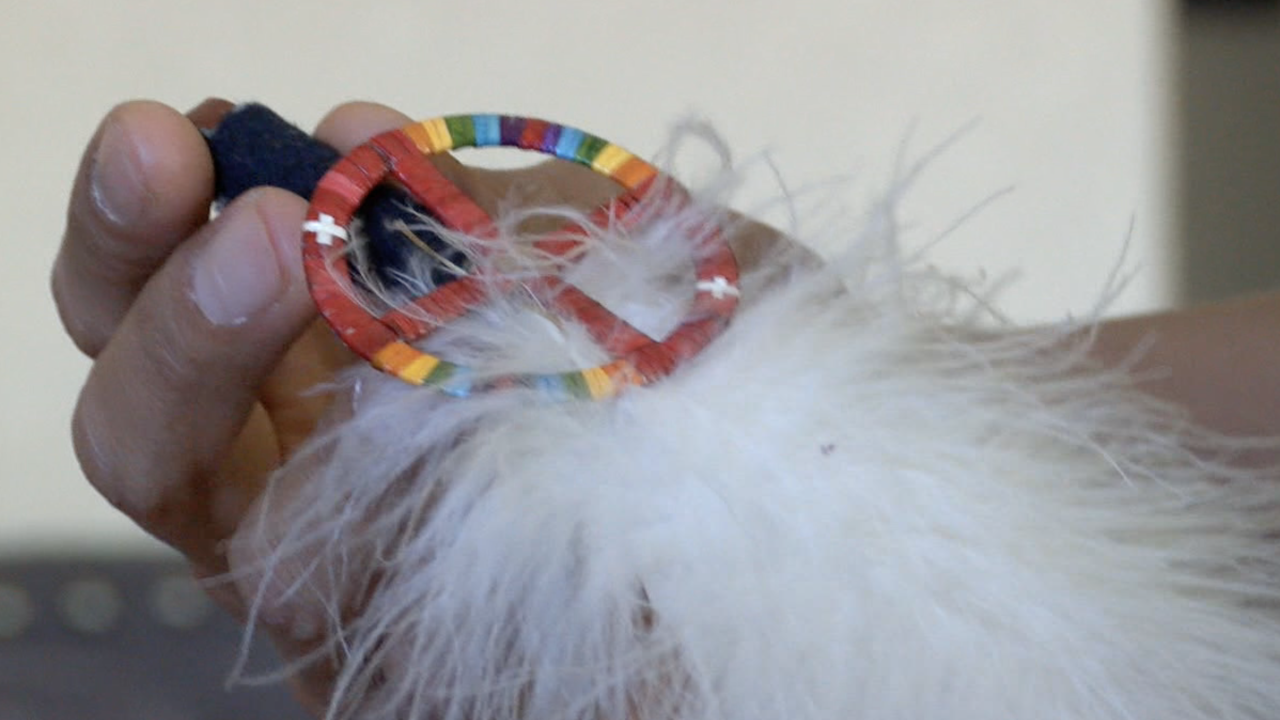 MESA, AZ — A proposed bill in the Arizona House of Representatives would allow students in the state to wear cultural regalia at graduation.

Bill 2120 says a school district or charter school may not prohibit a student from wearing cultural regalia while participating in a graduation ceremony.

Representative David Cook is behind the bill. He told ABC15 the bill will head to the education committee next, where he hopes to amend the language on the bill to be more specific. He wants to clarify that "cultural regalia" only includes tribes that are recognized by the federal government. The bill has bipartisan support and 20 co-sponsors

It's a response to restrictions at some districts that don't allow seniors to wear decorated caps. Last year, Valley Vista High School student LaRissa Waln couldn't walk on graduation day because of tribal decorations on her cap.

ABC15 spoke to a Mesa family that believes this bill will allow all students in the state to honor their culture.

Manaya Duncan may only be in 5th grade, but she said she's already thought about what she'll wear when she graduates high school.

Her mom Violet is Cree and dad Tony is Apache. Their kids go to Mesa Public Schools and have been raised to follow their tribal traditions.

She said it's something that's often passed down from generation to generation. Tony said graduation day has always been important for native people.

"That's why they wear all of those different feathers and even different types of beaded items. They represent our warriors that nowadays instead of buffalo hunts, now it's bringing back knowledge to the community," said Tony.

The graduation policy for Mesa Public Schools states that students "who receive from the school administrator a pin, tassel, or other accessory, specifically to be worn at commencement as an acknowledgment of their achievement of scholastic honors, may wear the item with their cap and gown. Likewise, participants who receive a small symbol of their academic achievement from a city, county, state, or tribal government or it's representative may wear the symbol with their cap and gown, provided that the symbol does not detract from the unity achieved by graduates wearing a common cap and gown. The participant must request and receive permission from the high school principal not less than ten school days prior to the ceremony to wear the symbol of academic achievement."

A spokesperson for the district told ABC15 it's a case by case basis, and the principal will review each student's request.