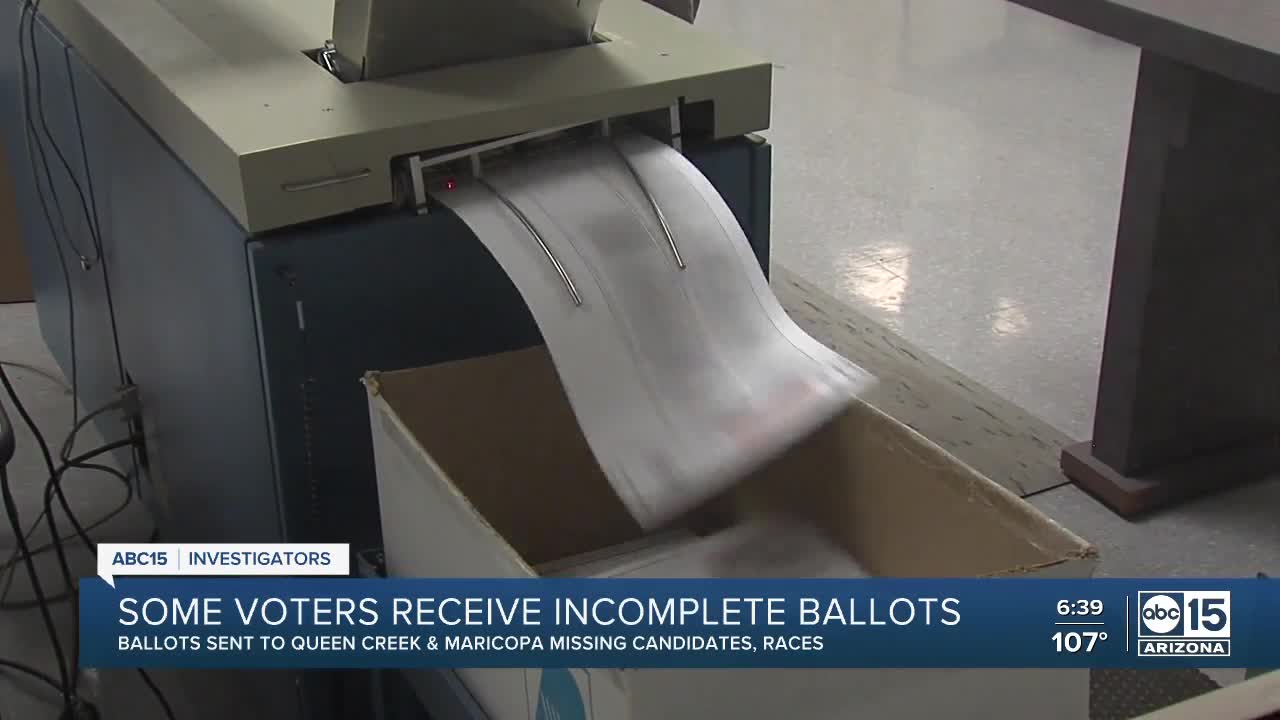 Voters in the town of Queen Creek have contacted ABC15 saying their ballots are missing the names of several candidates. They join voters in the city of Maricopa who reported similar problems on Tuesday. 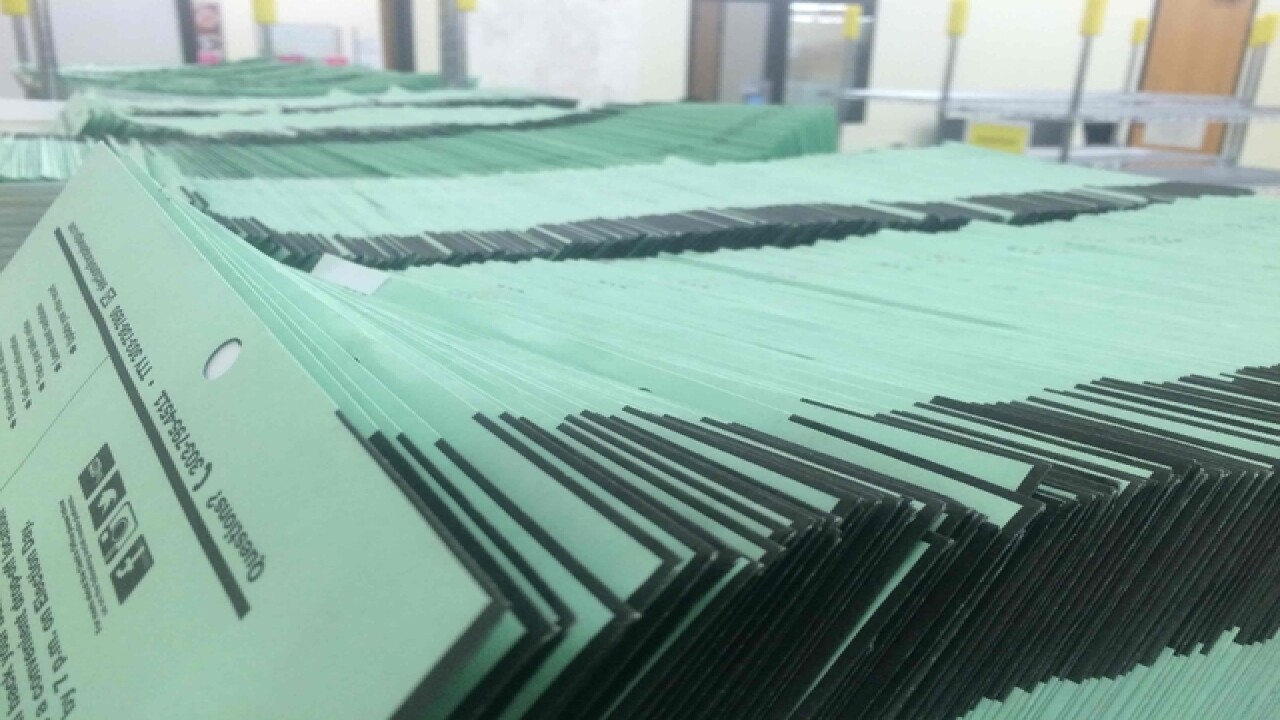 PINAL COUNTY, AZ — Voters in the town of Queen Creek have contacted ABC15 saying their ballots are missing the names of several candidates. They join voters in the city of Maricopa who reported similar problems on Tuesday.

Dozens of Maricopa residents reported getting ballots that were missing the entire city council race. In Queen Creek, some residents say names of town council candidates are missing.

Nancie Naylor's family received three early mail-in ballots, one for each member of her family. Nailor said when they opened up their ballots, she was surprised to see two of them were missing the entire town council race.

Naylor said she immediately contacted the town's government officials and was asked to mail in pictures of her ballots. She is still waiting to find out what she should do next.

"I think this is horrible, I'm not even sure how this is going to get resolved. Intentional or not, it's almost like censorship," said Naylor.

These ballot errors are coming to light as early voting is already underway, and many have already mailed back their early voting ballots.

A spokeswoman with the Secretary of State's office tells ABC15 they have determined the errors stem from a "complex GIS mapping issue". ABC15 asked state officials to clarify what that meant, but were told it was too complicated to explain, but it had something to do with the way addresses were entered into the system.

Candidates running for office whose names were not included in dozens of ballots are frustrated.

"I'm frustrated and very upset. We are trying to run an election here in unprecedented times with the whole COVID-19 situation. It makes it difficult for us to run a race and then to top it off, to have this issue," said Julia Gusse, an incumbent Maricopa city councilwoman.

Maricopa's Vice Mayor Nancy Smith added that voters contacted her wondering why her name was missing from the ballot. It caught everyone by surprise.

"Even if it's impacted one voter it concerns me, every voter should have a say," added Smith.

Early voting is heavy in the city of Maricopa, according to Gusse, so she now wonders how many incomplete ballots were mailed out, and how many of those ballots had already been returned by voters.

Bob Marsh is a candidate running for a seat on the Maricopa city council. He called this error "disheartening".

"It was the whole local race. That is a really big deal. We need to find out which ballots dropped the local race," said Marsh.

Gusse added this was an important issue because every vote truly counted in an election. She pointed at her first election when she won her race by just a few votes.

Smith said she has been working to find out what went wrong and how this would be resolved for the last two days.

"I'd like to see 100 percent assurance that they've figured out what the problem is, and every single voter who had problem with a ballot, gets a new ballot and that they get to vote again," said Smith.

ABC15 has reached out to Pinal County officials to find out what voters who have already mailed in their ballots should do. We are still waiting for the answer to that question.

Pinal County sent out this statement to the media late this afternoon:

"The Pinal County Recorder's Office has been made aware of an issue affecting what we believe to be a small number of ballots for the upcoming primary elections in August.

We are working closely with the Secretary of State's office and other agencies to pinpoint the exact cause, which left some voters with incorrect ballot styles.

Our voters are our top priority, and our community can rest assured that staff is working diligently to identify voters with affected ballots, with the intention to reissue ballots as soon as possible.

At this time, voters should review their ballots and contact us with any concerns at 520-866-6854. More voter information can be found at www.pinal.gov/vote [pinal.gov]"