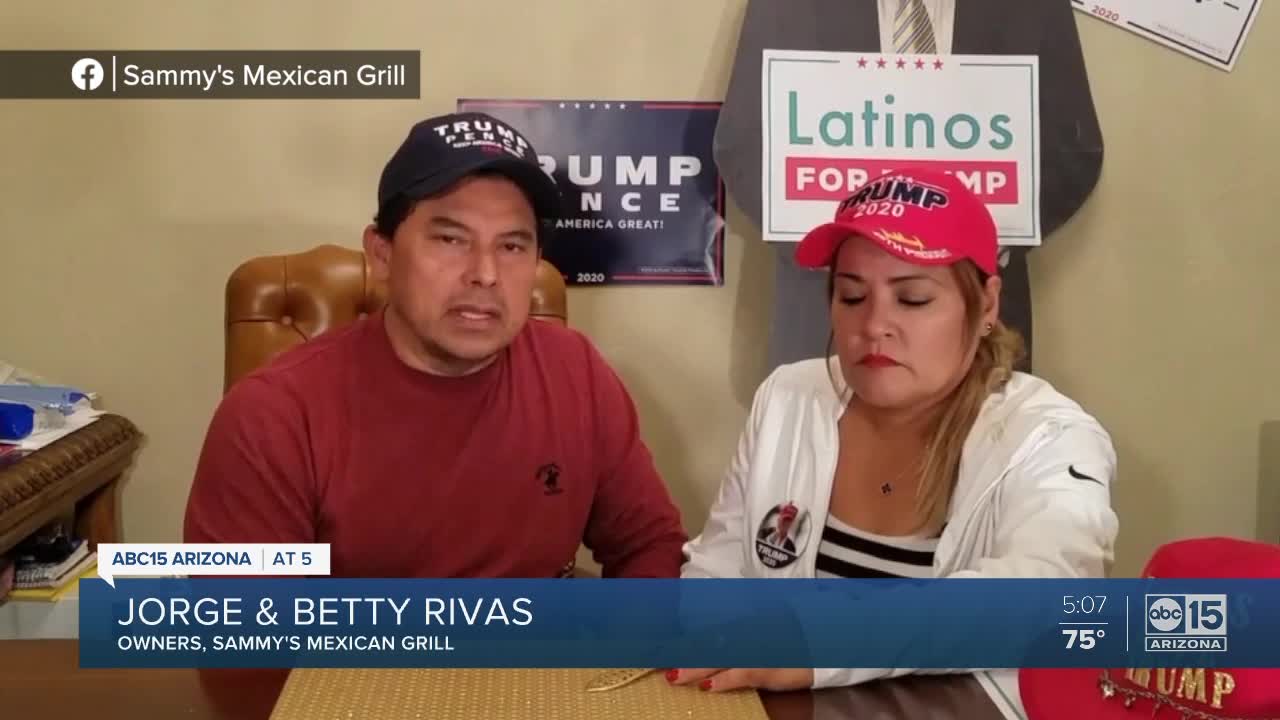 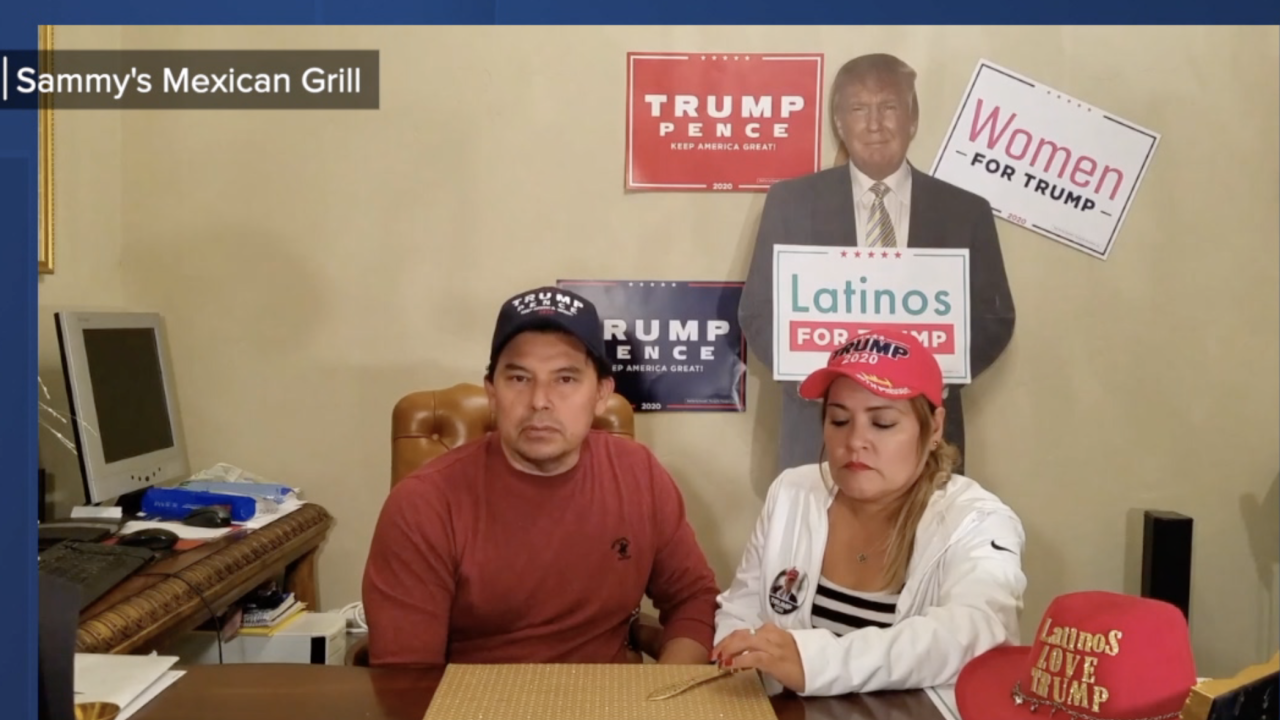 The couple claims the backlash started after the Facebook group, Grupo de Palfeis, posted a photo of Betty Rivas wearing a Trump cowboy hat, sitting behind the President as he gave his speech on February 19 at the Veterans Memorial Coliseum.

The couple posted a video on the restaurant's Facebook page Thursday, explaining how they've received criticism and negative reviews after attending the rally.

In the video, Jorge Rivas says as "naturalized United States citizens we have the right to support President Trump or to support any other candidate that loves this country."

They are asking everyone to "stop harassing" them and do "something else with your time."

On Twitter Sunday, President Trump mentioned Sammy's Mexican Grill and encouraged people to eat there. He even wrote that he would try and stop by Sammy's the next time he is in Phoenix.

The food is GREAT at Sammy’s Mexican Grill in Phoenix, Arizona. Congratulations to Betty & Jorge Rivas on doing such a wonderful job. I will try hard to stop by the next time I am in Phoenix. Support Sammy’s! @foxandfriends