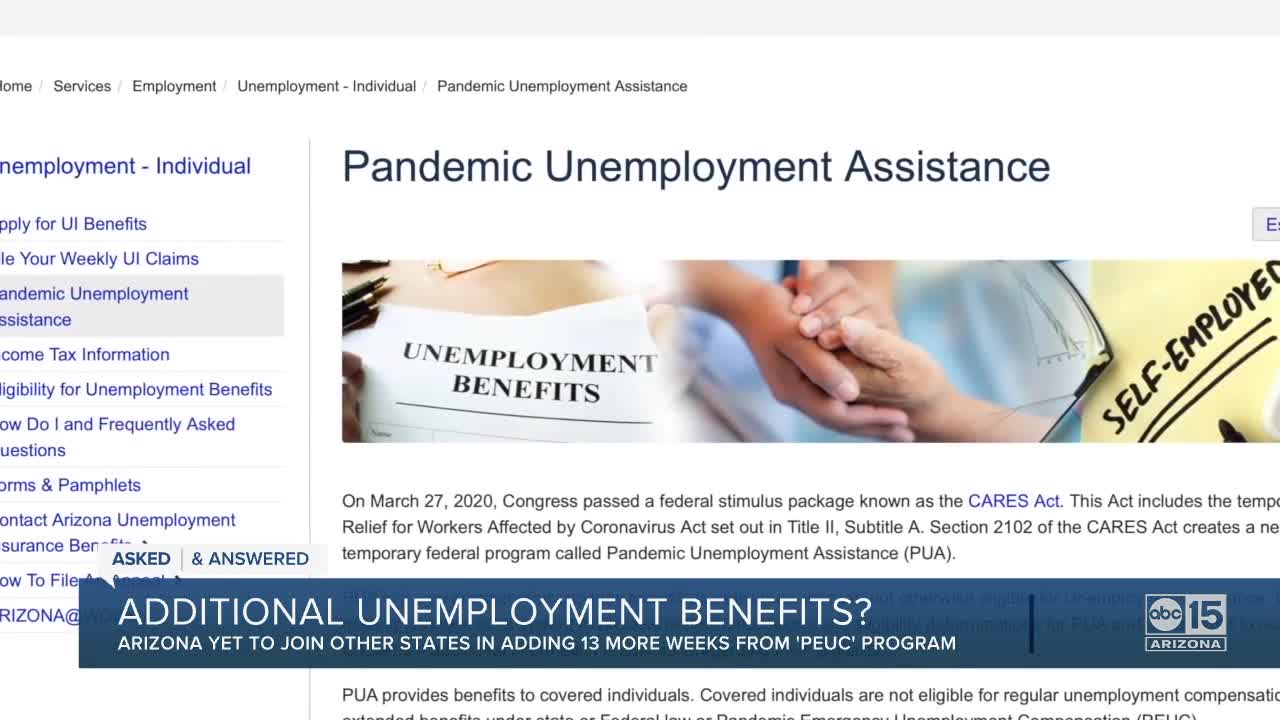 Arizona yet to join other states in adding 13 more weeks from PEUC program. 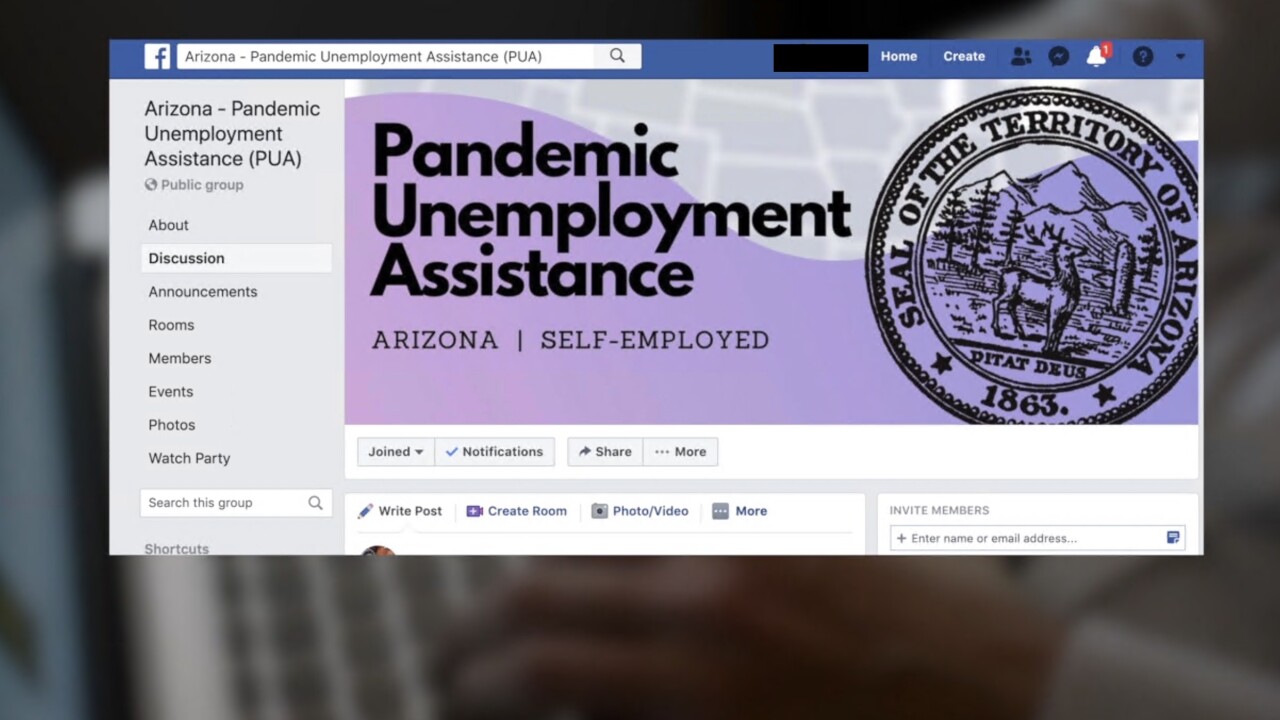 PHOENIX — Since the coronavirus pandemic shutdown the state, 653,000 Arizonans have filed for some form of unemployment assistance.

Many are already starting to wonder though, what happens when the unemployment period ends?

For some, like Kim in north Phoenix, that is already a reality.

"I got a message from DES saying you have exhausted all your benefits and you can’t file again until the end of August 2020," said the mother of two.

Kim has been unemployed, "off and on" since August. She works in the dental industry and said finding a job has been virtually impossible.

"When the pandemic hit, things really dried up work wise, even more so," she said.

Once Kim was on unemployment for 26 weeks she stopped receiving benefits, but thought that would quickly end due to the relief from the federal CARES Act, which allocated money to extend the benefits window by 13 weeks.

The program is called Pandemic Emergency Unemployment Compensation (PEUC), but Arizona's Department of Economic Security (DES) has not set a date on when Arizonans will receive more help.

According to DES, Kim is one of roughly 7,000 Arizonans waiting on the PEUC program, which is already up and running in Wisconsin, Pennsylvania, Texas, Wisconsin, North and South Dakota, Virgina and other states.

Like the bumbled Pandemic Unemployment Assistance (PUA) rollout, where Arizona was 38th in country to implement the assistance, it appears AZDES is once again lagging behind.

Their message online reads, "Our Unemployment Insurance team is currently working on implementing the extension of benefits and will provide an update when possible."

"Everyone has been waiting on this, and there is no information, and they are basically just saying to check back in the future," said Josh Hoffner. "And those people who have exhausted benefits need money. There’s no answer, there’s nothing. There’s not even a timetable right now."

One thing on the horizon is continued demand for the cash.

"Unemployment is going to tick up a few more percentage points in the next month or so," said Dennis Hoffman, Professor of Economics at ASU's W. P. Carey School of Business.

Hoffner was one of the people behind those job numbers. He now moderates a Facebook group helping other navigate the complex DES system.

"I just went there looking for information like everyone else. And the information is very vague, so I started researching everywhere. Then people would have questions and I started answering them," said Hoffner.

Hoffner said he understands DES could not have anticipated or prepared for the pandemic, but he thinks the rollout of their programs and subsequent communication has been abysmal.

DES spokespeople continue to say they are doing their best to process the unexpected influx of claims, but many Arizonans have an urgent message.

"We obviously could really use the money," said Kim.

You can learn more and apply for benefits on the DES website.