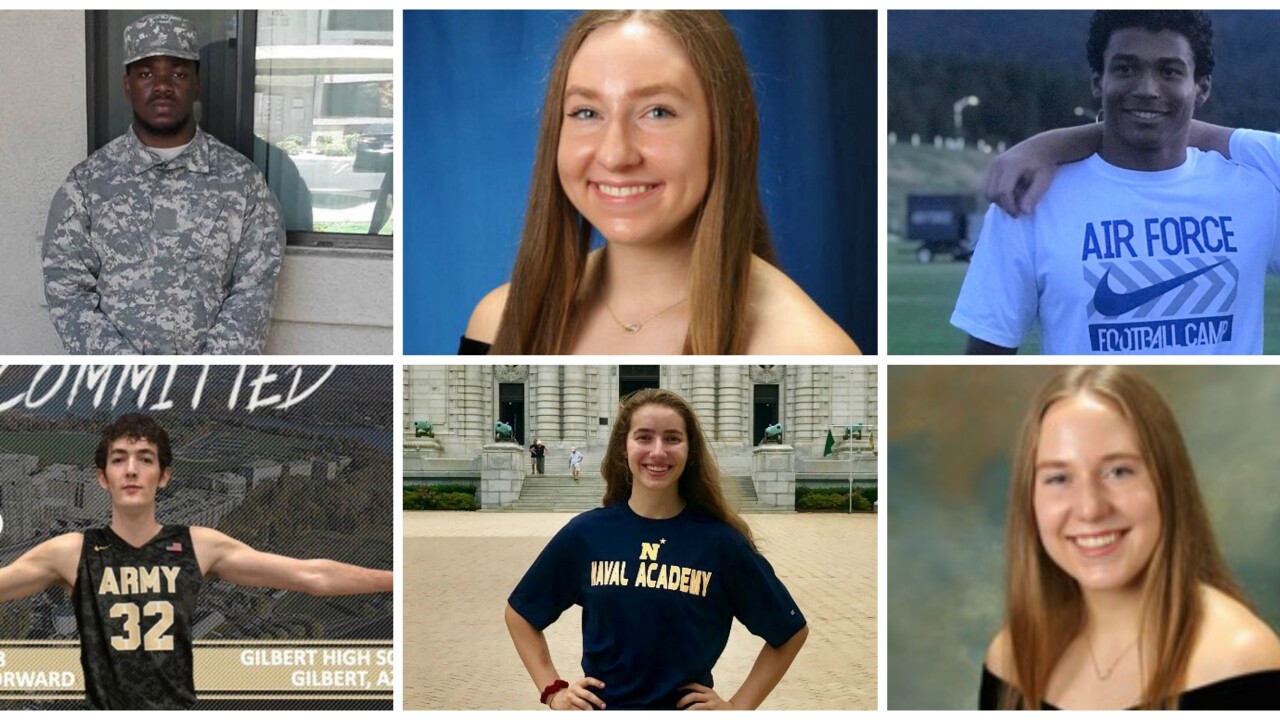 It is no easy task gaining admission into a United States Service Academy. Along with strict academic requirements, they require applicants also be of good character. That is reinforced by a recommendation from a state lawmaker serving their country in either the U.S. House or U.S. Senate.

This year, Arizona is proud to have more than 70 students accepted into one, sometimes multiple, service academies. That includes the U.S. Military Academy, also known as West Point, the U.S. Naval Academy, the U.S. Air Force Academy, and the U.S. Merchant Marine Academy. These appointments are also a pledge that students will serve in the military for at least five years after their graduation.

The following list includes some of the Arizona students appointed by lawmakers, as well as their school and city, if it was provided. The students not listed may still be in the process of being notified.

Some lawmakers also sent statements about these appointments:

If you know a student interested in learning more about these programs and the application process, here are some of the websites that can give you more information on when and how to apply. Students must complete a Service Academy Nomination file online. Also, note that each academy also has its own application process and requires students to request admission through them as well as sending these accompanying documents. The U.S. Coast Guard Academy does not require a congressional nomination for appointment.