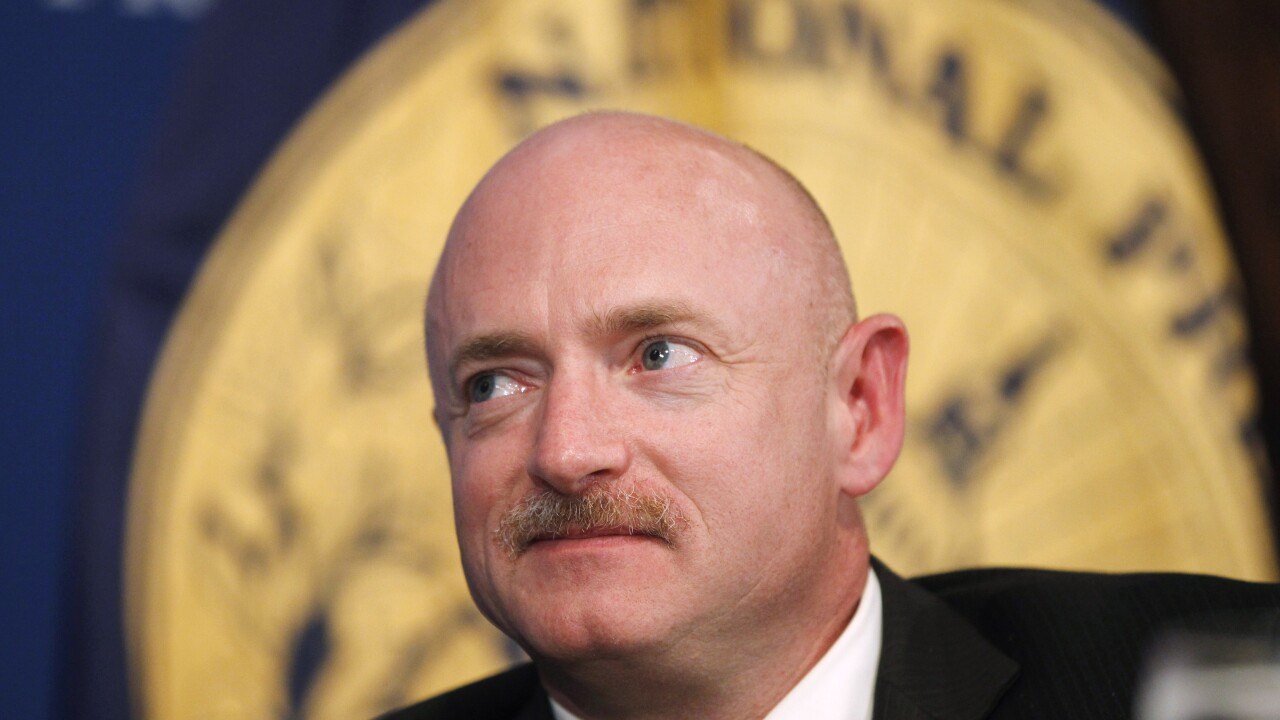 Charles Dharapak/AP
FILE - In this July 1, 2011 file photo, NASA Space Shuttle astronaut Capt. Mark Kelly listens during a luncheon at the National Press Club in Washington. Kelly, who collaborated with his wife, former U.S. Rep. Gabrielle Giffords, on her memoir, is writing a children's book about a mouse that goes to space. (AP Photo/Charles Dharapak, File)

PHOENIX — If Arizona Democrat Mark Kelly wins a seat in the U.S. Senate, he could take office as early as Nov. 30.

A Kelly victory would shrink the GOP’s Senate majority at a crucial moment and complicate the path to confirmation for President Donald Trump’s Supreme Court nominee.

Kelly has maintained a consistent polling lead over Republican Sen. Martha McSally, who was appointed to the seat held by the late John McCain.

Because the contest is a special election to finish McCain’s term, the winner could be sworn in as soon as the results are officially certified.

Other winners in the November election won’t take office until January.