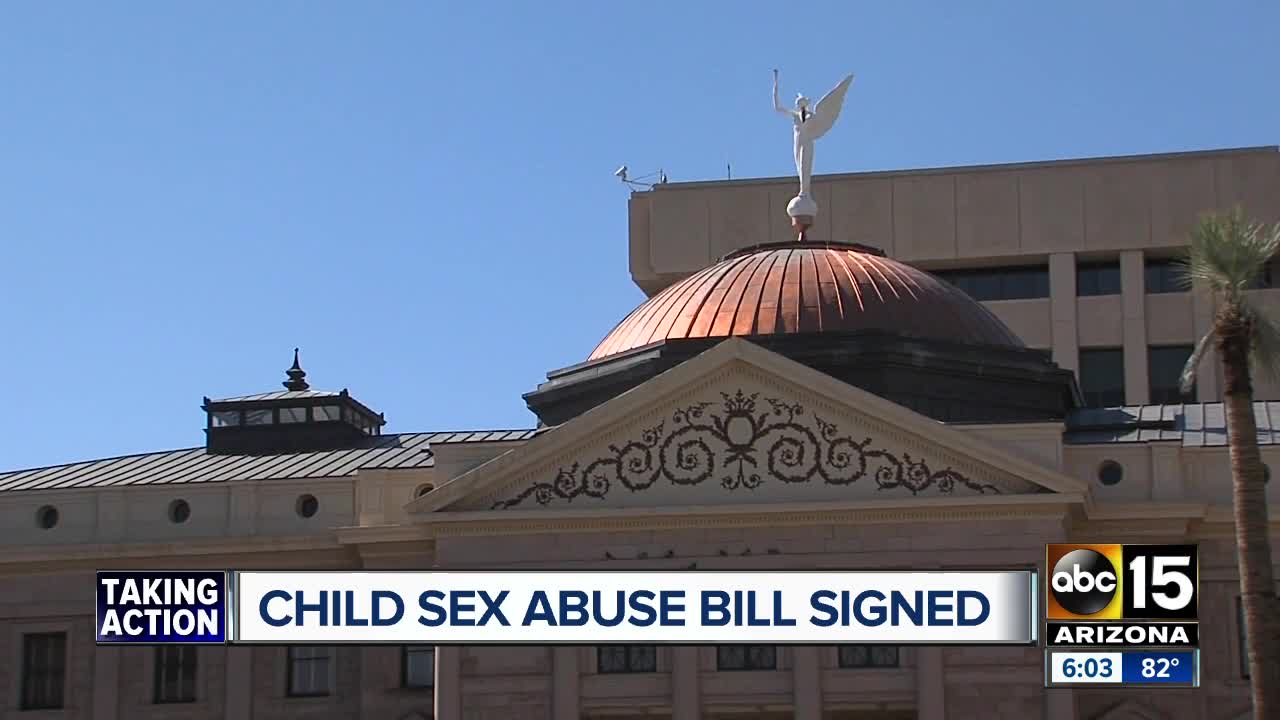 Arizona is joining a growing movement of states extending the rights of child sexual-abuse victims to sue their alleged assailants. 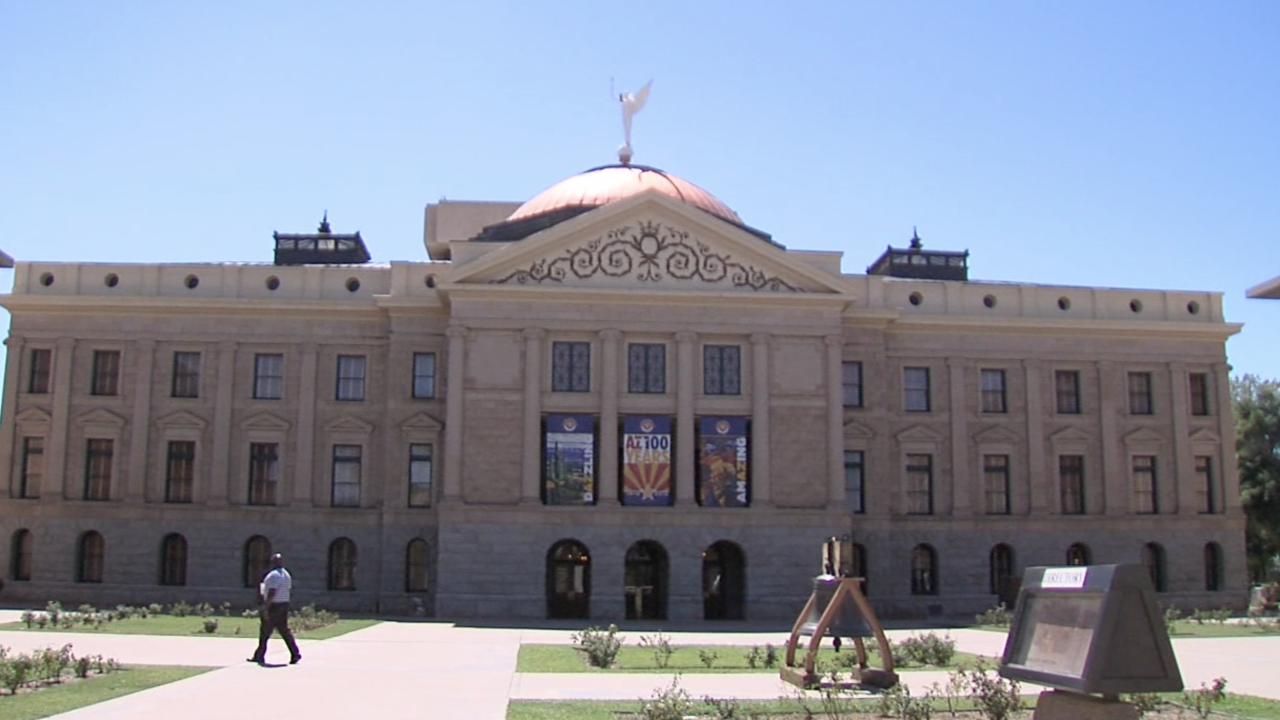 PHOENIX, AZ — Arizona this week joined a growing movement of states extending the rights of childhood sexual abuse victims to sue their alleged assailants and any churches, youth groups or other institutions that turned a blind eye.

Gov. Doug Ducey, key lawmakers and abuse victims celebrated the legislation in a news conference Tuesday, a day after the legislation was approved in a late-night session. Ducey said he'll create a task force to find other ways the state can help sex-abuse victims.

"Some people who were voiceless and were not being heard today know they're being heard, and they can pursue justice," Ducey told reporters.

The Arizona legislation, which took effect as soon as Ducey signed it Monday night, gives abuse victims until their 30th birthday to sue, a decade longer than before. It also opens a one-time window for victims who've missed the cutoff, who now have until the end of 2020 to file suit.

Victims' advocates say it takes years or even decades for children who've been abused to understand what happened to them and get comfortable speaking about it. By the time they're ready to sue, victims say, it's too late to seek justice.

Arizona has no deadline for criminal charges in child sexual abuse cases, but victims say prosecutors are often reluctant to go after abusers unless there's overwhelming evidence that's rare for decades-old abuse.

"Arizona is no longer the dark corner where you can hide a pedophile," said Republican Sen. Heather Carter, who along with fellow Republican Sen. Paul Boyer pushed aggressively for the legislation.

Hundreds of people across the U.S. have recently contacted lawyers for help suing the Boy Scouts of America for sex abuse they say they suffered at the hands of scout leaders.

Lawsuits have also targeted the Church of Jesus Christ of Latter Day Saints and other churches. USA Gymnastics, the sport's governing body, filed for bankruptcy under pressure from lawsuits.

"Survivors don't want to take down the LDS church or the Catholic church or the Boy Scouts or in my case the United States Olympic Committee," said Bridie Farrell, a former competitive speedskater who has accused an older skater of abusing her when she was 15. "We want to ensure that no child has to go through what we went through and that's all this has been about from the very beginning."

Farrell traveled several times to Arizona to pressure lawmakers to adopt the legislation.

Disagreements over the Arizona legislation led to a protracted stalemate in the Legislature as Boyer, Carter and all 13 Senate Democrats refused to vote for the budget, ensuring there wasn't enough support to pass it.

Many Republicans worried that the legislation would lead to false accusations of decades-old abuse that would tar someone's reputation, and they'd have no means to defend themselves.

A breakthrough came when the bill's advocates agreed to a compromise that put restrictions on the temporary window to sue institutions like churches or youth groups accused of harboring abusers. There can be no punitive damages and the victim will have to prove that leaders of the institution knew of misconduct. They'll also have to meet a higher legal standard than is typical for civil cases.

Those limits were enough to win over reluctant lawmakers.

"The window opened it up to any ambulance-chasing lawyer in this state," said Republican Rep. Regina Cobb.

Boyer's heart was in the right place, but the lawyers who were supporting him were after money, Cobb said.

"They had a clear goal," she said.

Boyer incensed his fellow Republicans by accusing them of harboring sexual predators. Several House Republicans were caught on a hot microphone discussing ways to punish him and Carter for their obstinacy.