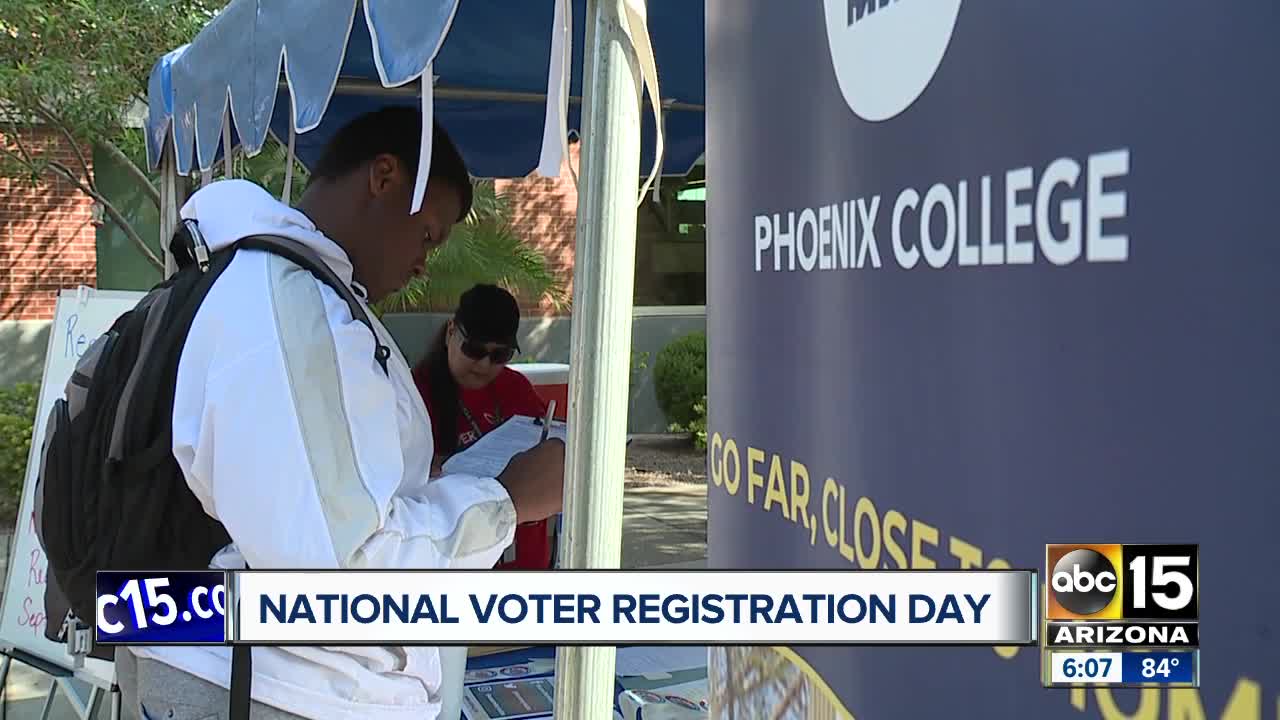 At Phoenix College and ASU, students registered to ensure their voices will be heard. 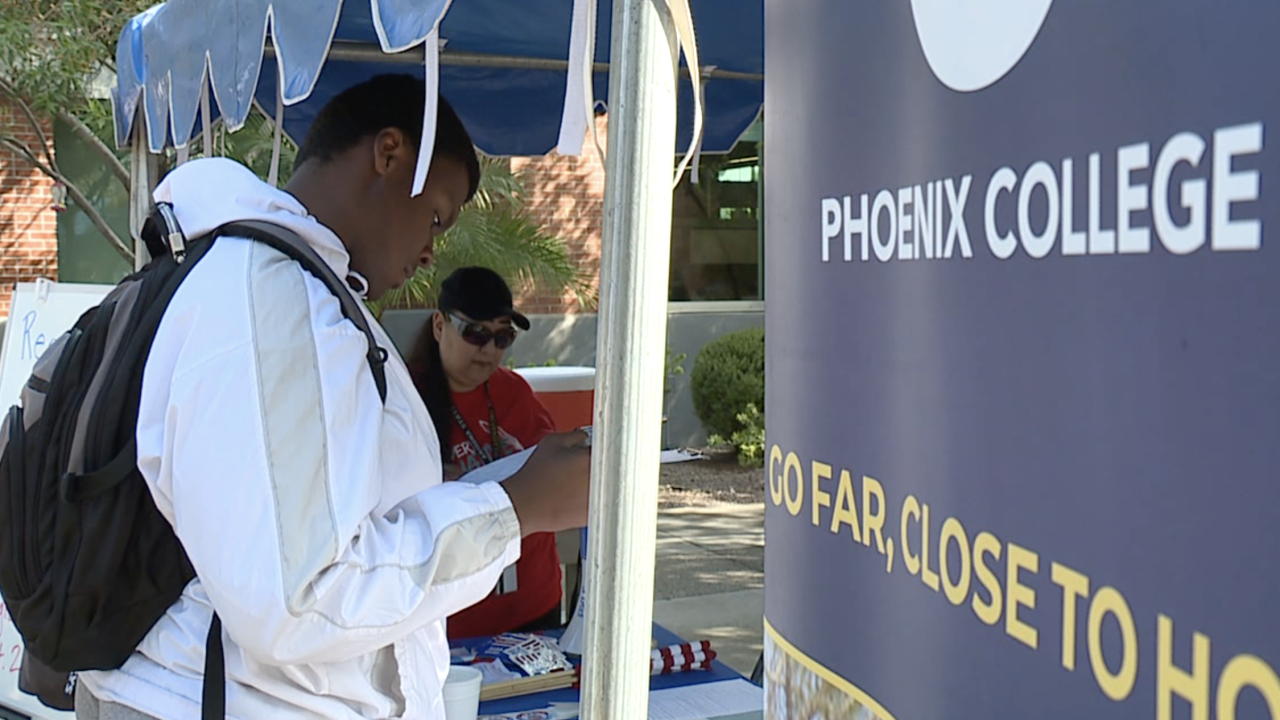 With the national debt zooming toward 25 trillion dollars and the glaciers melting, 18-year-old Camron Watkis is no longer waiting for the adults to solve the world's problems. "For me, I have to get involved," Watkis says.

Cameron was one of the students who turned out Thursday on the campuses of Phoenix College and Arizona State University to register to vote. "What's good is we have a voice to change stuff we want to change. That's why we vote."

Across the country, people lined up to sign on the dotted line. Tuesday was National Voter Registration Day. Students registering to ensure their voices will be heard in November 2020.

Arizona is expected to be a battleground state. In 2018, voters elected Republican Governor Doug Ducey and Democratic Senator Kyrsten Sinema. The days of voting strictly along party lines in Arizona appears to be over.

Phoenix college student Cynthia Gonzalez says, "we have a voice. Our generation has increased in voting and we have a voice to make a change."

Gonzalez is right. The face of Arizona voters is changing. According to census data, in 2006, white non-Hispanics made up 75% of registered voters. In 2018 it was 68%.

During the same time period, Hispanic voters rose from 17% to 23%. "I think we continue to see folks registering to vote and getting engaged in the process," Secretary of State Katie Hobbs said. "The more people that register, I think that is an indicator that tides are changing in Arizona."

There is a growing sense among new voters the previous generation is failing them. Climate change, gun violence, the national debt weigh heavy.

18-year-old Phoenix College student Constance Elaya says, "I believe we have a voice and I want to vote for what is best for my people."

ASU education major Kenzie Hurst said, "I'm looking for someone that cares about the environment. I'm going to be a teacher. I think about my students and the world they will grow up in."

"We can't have a conversation anymore," ASU student Blake Lister says. But Lister is hopeful that's will change.

And he may be on to something. ABC15 election forecaster Garrett Archer predicts approximately 3-million Arizonans will vote in the 2020 Presidential Election.

That will be by far a record turnout. Lister believes his generation will make an impact in 2020 because they know, their futures depend on it.