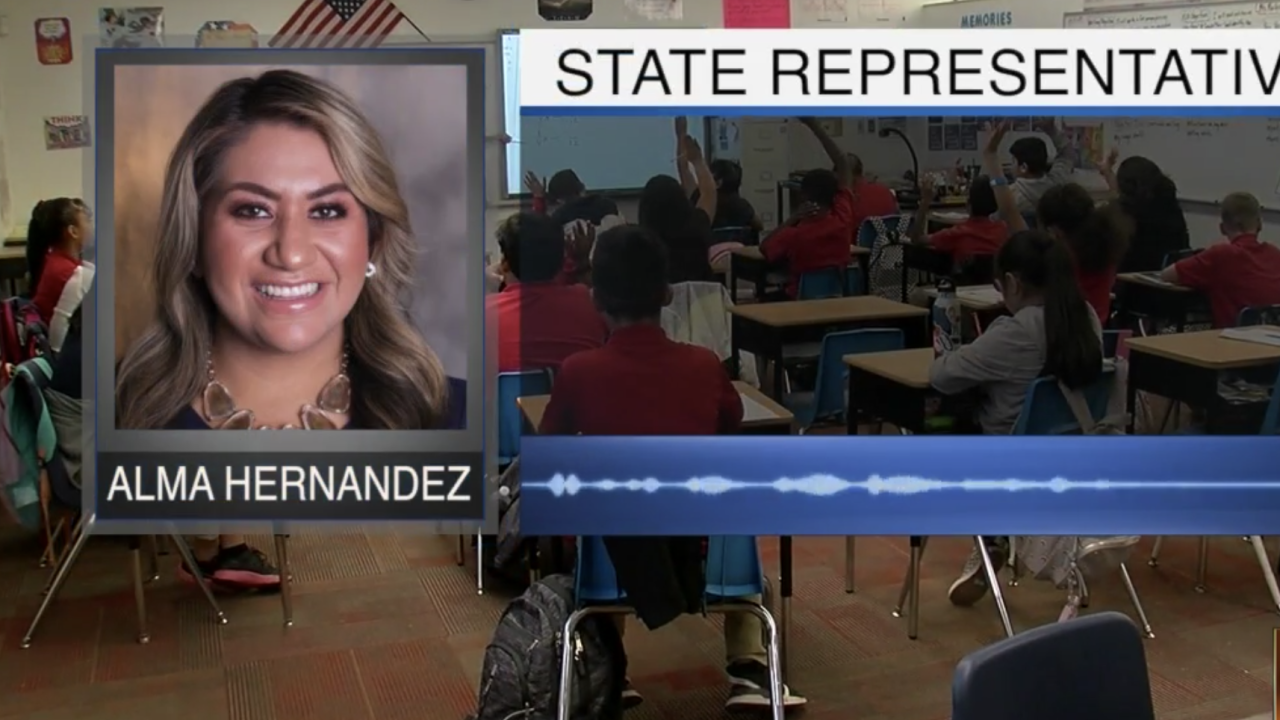 PHOENIX — School resource officers across Arizona are getting new training starting next week.

The idea came from a state lawmaker who didn't agree with Governor Doug Ducey's plan just to add more SROs. She says the issue is training them.

Representative Alma Hernandez tweeted the governor during his state of the state address earlier this year, saying Arizona needs counselors, not cops. Hernandez believes SROs need the training to identify students in a mental health crisis or how to de-escalate a situation.

The governor saw the tweet and agreed. Hernandez has a different perspective as well because an SRO hurt her during an altercation where she was the target.

"At the end of the day I think the entire goal here and the purpose of this training is to ensure that the kids are safe and that they can go to these SROs and know that there's someone that's not going to hurt them like in my situation," said Hernandez.

More than 100 SROs are already signed up for the training.

At this point, the training is voluntary, but Hernandez says there's legislation being drafted to make it mandatory.