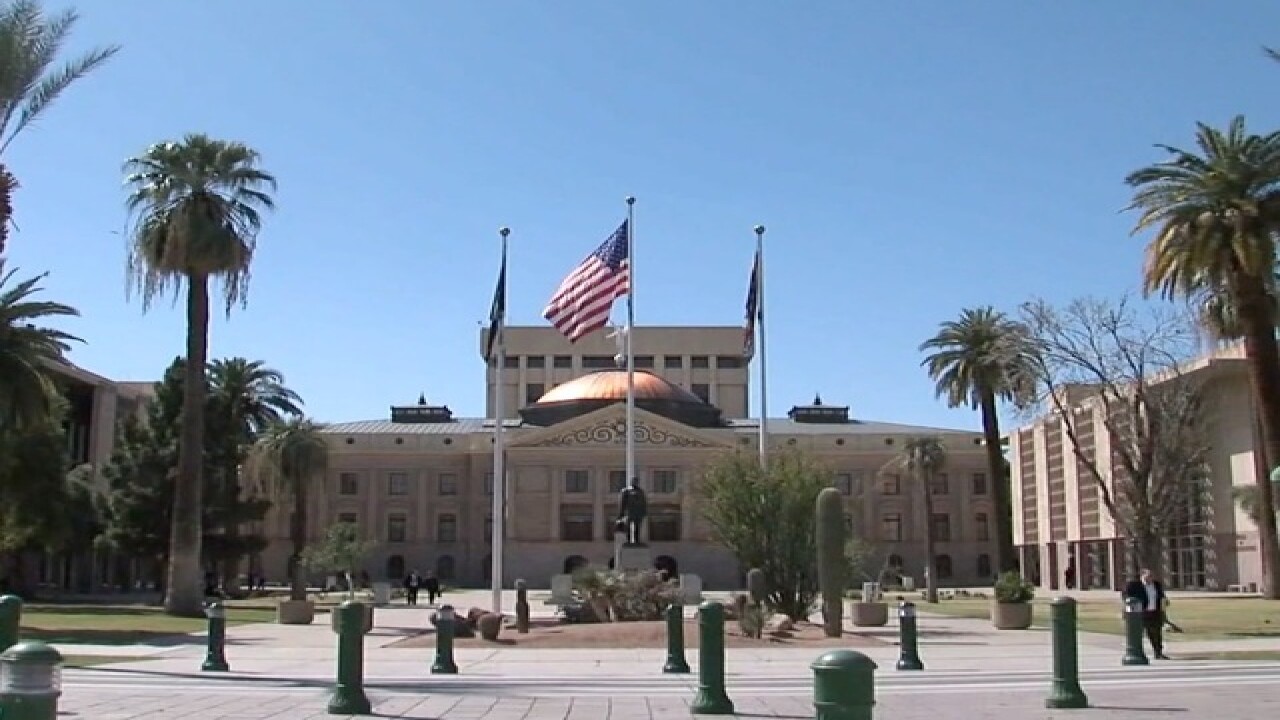 Republican Arizona Gov. Doug Ducey told hundreds of business leaders Friday that continuing to improve K-12 education in Arizona will be a key legislative priority when lawmakers convene next week.

But the governor kept details of his proposals close to the vest at the annual Arizona Chamber of Commerce and Industry's legislative forecast luncheon in downtown Phoenix. Those will come next week in his state of the state address Monday.

The incoming Republican majority leaders of state House and Senate, however, told the crowd that voters' November passage of a minimum wage may eat up extra cash Ducey's proposals need. They are challenging Proposition 206 in court.

"Unfortunately I'm going to have to throw a little bit of cold water on some of our enthusiasm," incoming Senate President Steve Yarbrough said during a roundtable that brought together GOP and minority Democratic leaders.

"A lot of us are anxious to see whether there is funding for K-12 public education. I happen to be enthusiastic to see the state pick up a greater proportion of resident tuition at the universities," Yarbrough said. "However I think that horse may have left the corral with considerable degree with 206 written on its back. I think it's going to make it very difficult for us to do a lot of the things that we would like to do."

Incoming House Speaker J.D. Mesnard said the $25 million to $50 million in projected surplus cash in next year's state budget, a prime issue each legislative session, will likely be eaten up by added state costs from the wage increase.

"The simple reality is on Jan. 1 the cost of state services because of Prop 206 has gone up and will continue to go up for the next three years as it makes its way to $12 per hour," Mesnard said. "And unfortunately that's put us in a predicament where were have no choices."

Sen. Katie Hobbs, the minority leader, said the Republicans' lament that state costs of providing nursing home and other care for the elderly and disabled is going up because of the wage increase was misplaced.

"I think it's really dishonest to lay this crisis at the feet of Prop 206," Hobbs said. "Because these providers who are saying we can't provide this service for minimum wage at its present cost, they've been at our door for years saying `we can't keep providing this service.' And we have continued to cut and we have continued to not restore funding when we had resources to do so."

Proposition 206 raised minimum wages from $8.05 to $10 per hour on Jan. 1, and to $12 in 2020. The Chamber is suing, with backing from Yarbrough, Mesnard and Ducey, alleging that the measure didn't include a mandatory funding source.

The state Supreme Court refused to block the measure from taking effect but will consider taking up the full lawsuit at its conference in February. Justice Clint Bolick, who signed last week's order denying an injunction that would have barred the increase, attended Friday's Chamber event where it was a major part of the discussion.