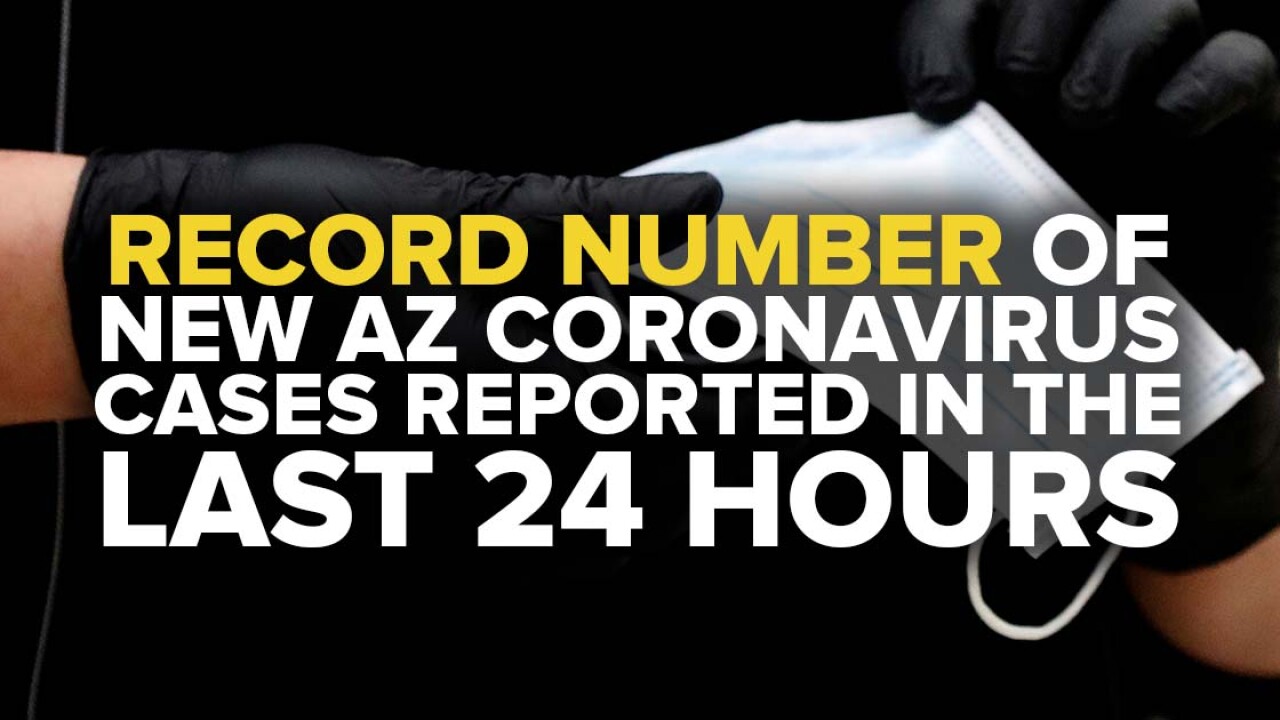 The data was released shortly after President Trump departed the White House for his visits to Yuma and Phoenix.

President Trump said Monday he was "not worried at all" about visiting the state despite increasing coronavirus case counts and concerns.

While ABC15 has learned that mask mandates will not be enforced at President Trump's rally in Phoenix Tuesday afternoon, Phoenix Mayor Kate Gallego urged President Trump to wear a mask during his time in our state.

"...I do not believe an event of this magnitude can be held safely, particularly as Arizona sees rising COVID cases, the president has decided to continue with this rally," Gallego said in a statement released Monday.