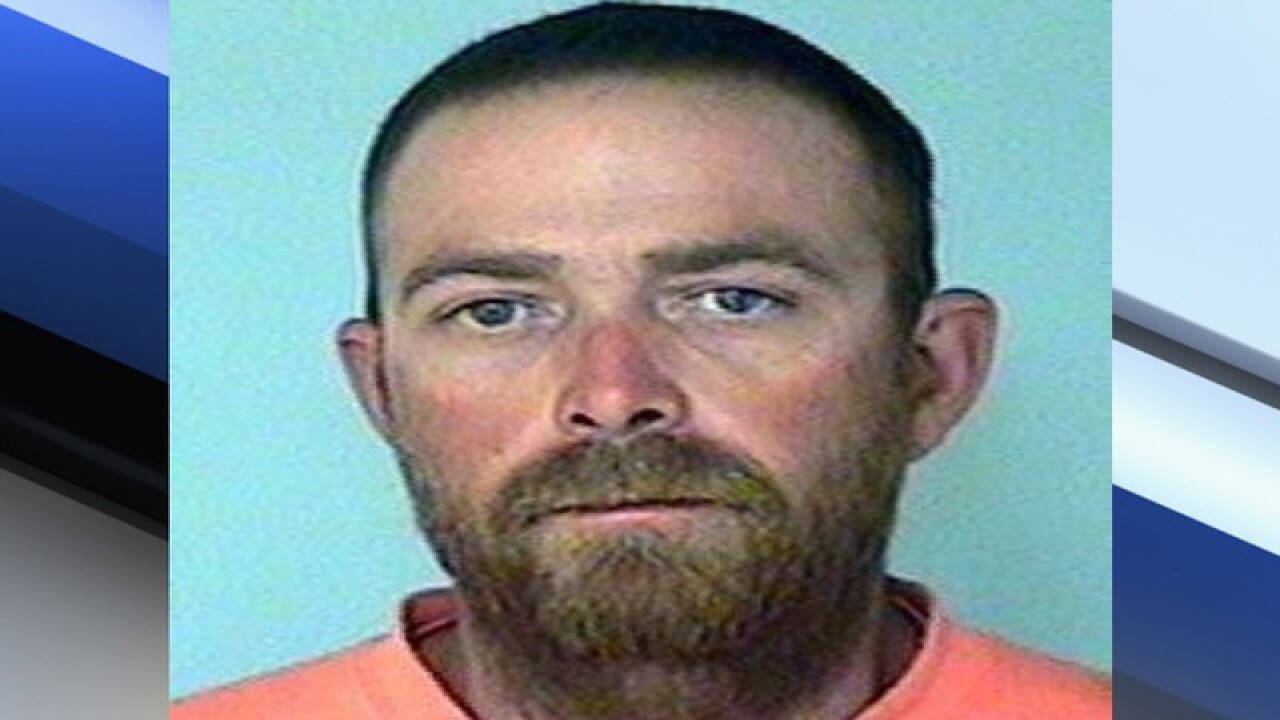 A man accused of killing a police officer and holing up in an Arizona cabin with a teenage girl believed to have been a hostage was shot dead Wednesday by officers after the gunman opened fire, authorities said.
The shooting of Daniel Erickson, 36, came after he pulled a gun Tuesday and shot Officer Darrin Reed of the Show Low Police Department when Reed was responding to a disturbance at a restaurant, the department said in a statement.
It was unclear whether Reed was shot inside or outside the restaurant in the town of about 10,000 people in Apache-Sitgreaves National Forest.
Erickson fled following the shooting and was found at the rental cabin in the nearby community of Pinetop-Lakeside, where he barricaded himself inside with the girl, said Chief Deputy James Molesa of the Navajo County Sheriff's Office.
"We assume that she was a hostage throughout the whole thing," he said.
The girl, who Molesa said was 14, was treated for minor injuries from glass shards. The Show Low department said she was 15. No other details about her were released.
Erickson's death came after he fired at officers who had surrounded the cabin and they returned fire, Molesa said.

Reed, 50, was married and had two children. The former sheriff's deputy had been with Show Low police since 2006 and was scheduled to retire in February.
"He was known and liked by everybody," Molesa said. "This will be really tough for this area."

Hundreds of community members and fellow officers gathered in Show Low Wednesday night to honor their fallen brother in blue.

Candles in hand, many left notes of condolence for Officer Reed’s family and department.

No details were immediately disclosed about the restaurant disturbance and Molesa said investigators were conducting interviews to determine a possible motive for the shooting of the officer.
He said Erickson had no outstanding arrest warrants, but an Arizona Department of Corrections online profile for Erickson said he had served prison time over the past decade after being convicted of endangerment and a crime involving marijuana.
ABC15 spoke with Erickson’s grandparents, who live in the Valley, who said they spoke with him just days ago about his plans to vacation in Show Low.  They say they don’t know who the teenage hostage was or her connection to their grandson and add that this was out of character for him and they are deeply saddened by both losses of life.
Authorities were also investigating whether the girl was at the restaurant with Erickson when the disturbance occurred, Molesa said.
"We were under the impression it was an older woman but it might have been her," he said.
The cabin was surrounded by a regional SWAT team after investigators determined Erickson was inside, Molesa said.
The standoff went on for hours, and a state police SWAT team took over later because Molesa said the regional team needed to rest.
Copyright 2016 Scripps Media, Inc. All rights reserved. This material may not be published, broadcast, rewritten, or redistributed.