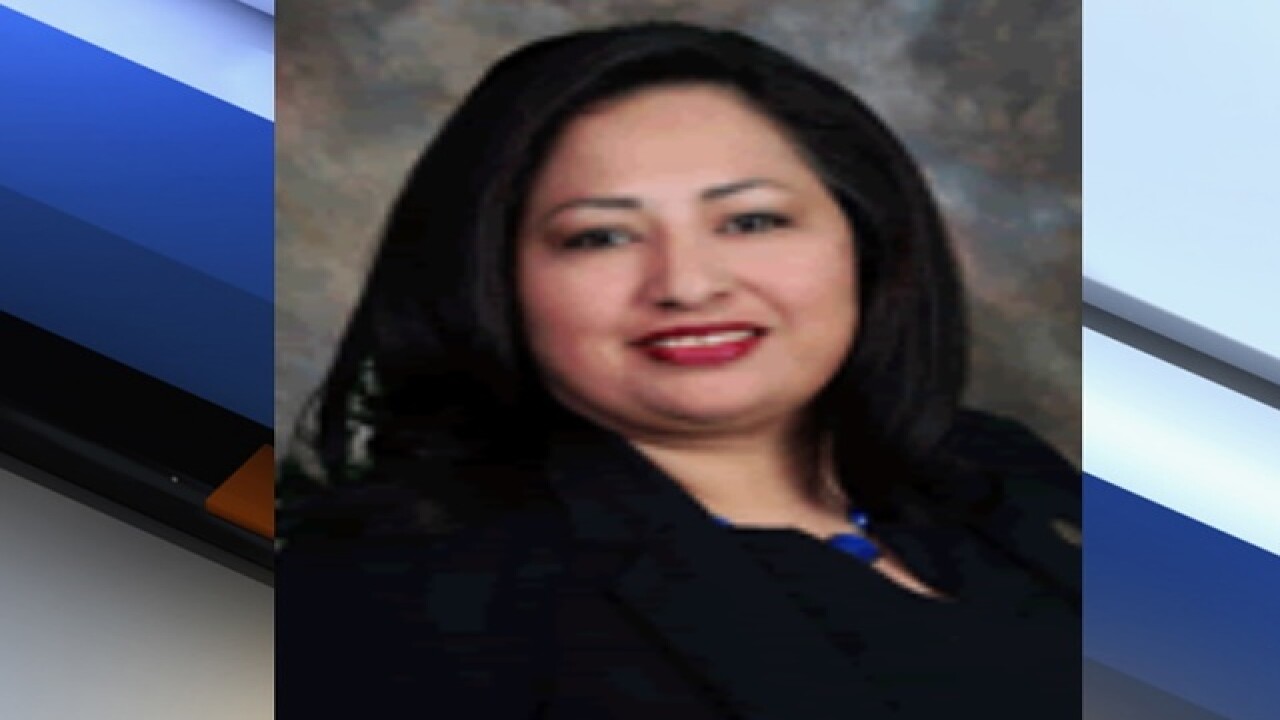 By: Associated Press, abc15.com staff
Posted at 4:45 PM, Jun 22, 2016
Arizona Department of Economic Security officials say a state lawmaker has been indicted on felony fraud and other charges linked to lying on an application for food stamps.
The charges of fraud, theft and unlawful use of food stamps against Rep. Cecilia Velasquez were announced Wednesday by DES Director Tim Jeffries.
The indictment issued by the state grand jury was unsealed Monday but issued last month. Velasquez is set to appear in court July 5.
The 42-year-old Litchfield Park Democrat, who uses Cici as a nickname, didn't immediately return calls to her cellphone seeking comment. It's not known if she has a lawyer who can speak on her behalf about the charges.

"I think the right thing for her to do is resign," said Aaron Borders, who ran against Velasquez in 2014. "It basically is a slap in the face [to constituents].” He has offered to help Republican challengers to her re-election this fall.

The DES inspector general launched an investigation in December 2014 after receiving a tip to a fraud hotline. Officials say Velasquez falsely claimed she had two dependents, gave a false address and allowed two other people to use her food stamp benefit card.
Jeffries praised the work of the inspector general, the attorney general's office and the grand jurors who issued the indictment
"The Arizona Department of Economic Security is vigilantly committed to protecting the public trust and taxpayer funds, safeguarding precious resources for the poor and disadvantaged, ensuring justice for all and defending the rule of law," Jeffries said in a statement.
The indictment alleges that Velasquez fraudulently obtained $1,726 in food stamp benefits between Nov. 1, 2013 through Jan. 31, 2015.
Velasquez is a serving her first term in the Arizona House of Representatives. Her biography says she is a mother of five and runs a group that helps the families of people in prison. She's also worked as a paralegal and worked for the state for 12 years in social services.

Velasquez emailed ABC15 and said she cannot discuss the case because it is pending.