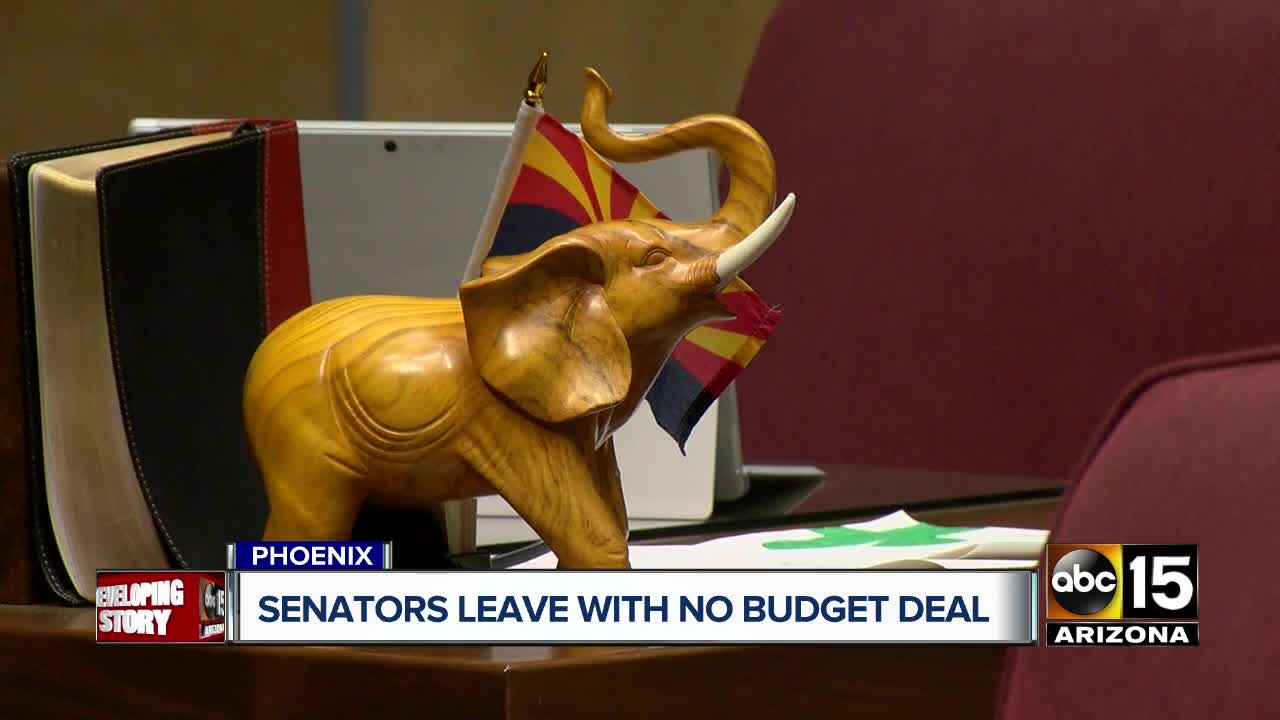 The Arizona House passed all of the budget deals early in the morning Saturday, though the Senate remains at an impasse. 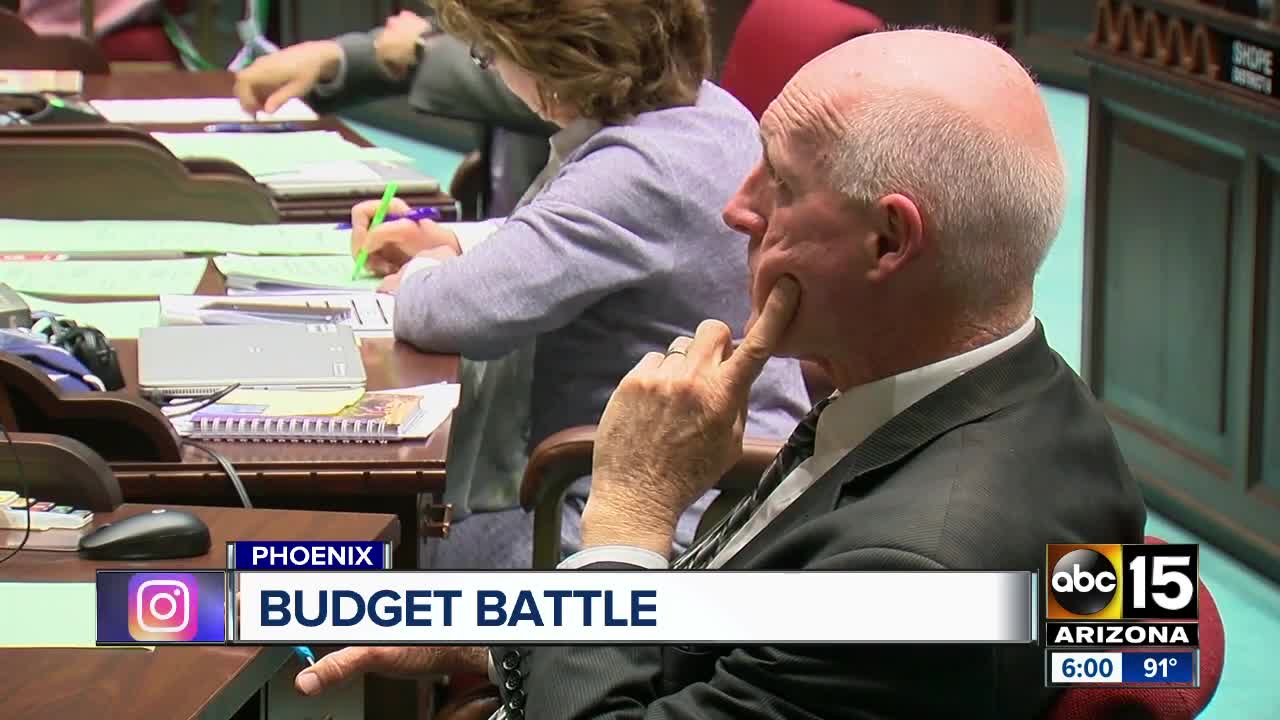 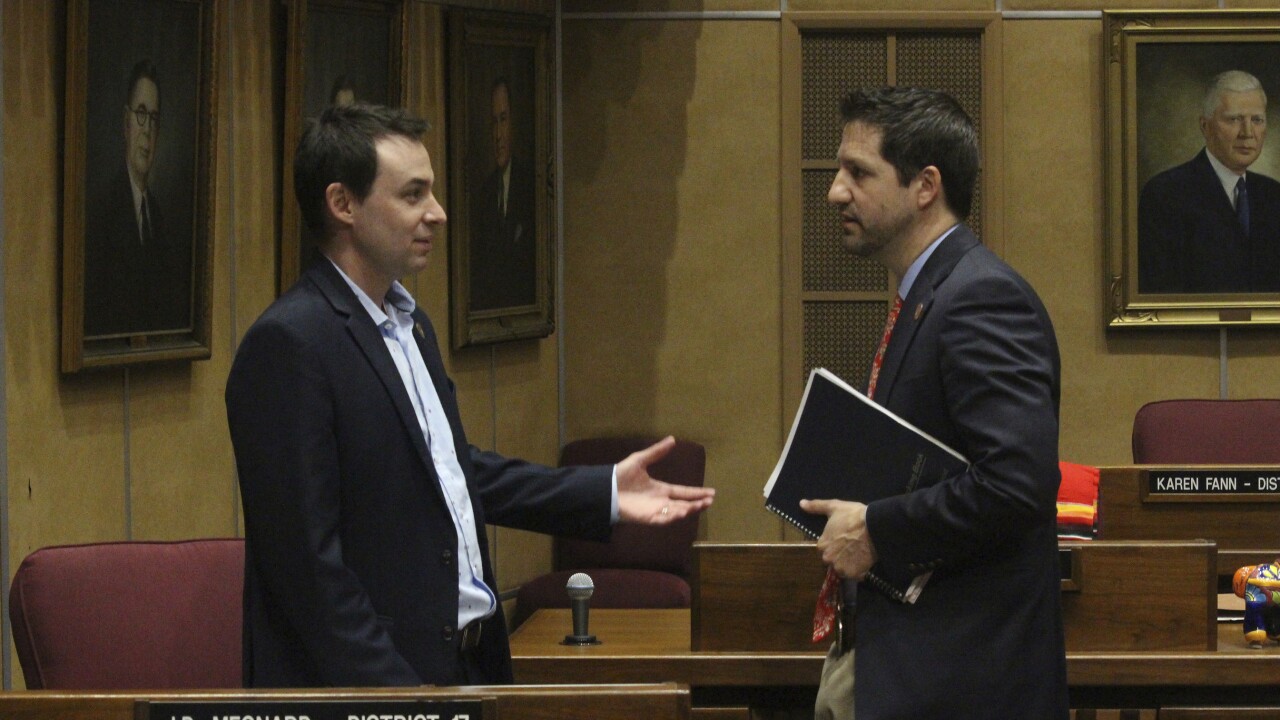 PHOENIX — Leaders of the Arizona Senate spent a fruitless day Saturday trying to reach a deal with Republican holdouts who have vowed not to back a state budget deal until their demands are met.

Democrats began leaving the Capitol late in the afternoon after it became clear no work could be accomplished until the House returns on Memorial Day. They are working with Republican Senate President Karen Fann on budget priorities that could garner Democrats' support, but the House leaders would need to sign off, said Sen. David Bradley, who leads minority Democrats.

Fann finally called it a day just before 6 p.m., telling members to take Sunday off and return on Memorial Day.

The House approved an $11.8 billion budget for the year starting July 1 before dawn Saturday, putting pressure on the deadlocked Senate. But at least three majority Republicans in the Senate remain opposed to the package for various reasons, and all are standing firm. With a 17-13 GOP majority and unless she gets Democratic support, Fann needs to flip at least two of those GOP senators.

Fann vowed to do what work was possible while she works to break the impasse. "Let's try and get something done today," she said late Saturday morning.

Instead, virtually nothing happened. Six budget bills and one raising lawmakers' expense rate received voice vote approval, but none got a full vote.

That issue is now the real sticking point.

The sex crimes issue revolves around the statute of limitations that limits victims from suing child predators. Current state law allows someone to sue for only two years after turning 18. Boyer is pushing for a much longer period of time, to age 30 or 35, plus a "window" that would allow someone older to sue if they just realized they were victimized and allow current victims who had been barred from court to sue.

That "window" is the bone of contention for Fann and Sen. Eddie Farnsworth, a fellow Republican who controls the Senate Judiciary Committee. He said the limits on lawsuits prevent allegations against innocent people decades after an alleged incident, when they can't defend themselves.

Boyer said he's offered just a six-month window, but Farnsworth's counteroffer was one that ends at the end of this month, just a few days after the budget is expected to pass.

"And we're the intransigent ones?" Boyer said Saturday. "I had to swallow a six-month window, and I talked to the victims to make sure they were OK with that and they accepted it as a major concession. And then we get back three days."

Farnsworth declined to comment on any counteroffer, but he remained dead-set against opening a window for older victims.

"We have statutes of limitations because the farther away you are removed from the alleged incident, the less evidence exists," Farnsworth said.

Gov. Doug Ducey's staff has been negotiating with Fann, Farnsworth and Boyer in an effort to address the sex assault issue, Ducey Chief of Staff Daniel Scarpinato said.

"We see a real opportunity to work with everyone here to get this issue dealt with in a way that protects victims, and more onto the budget and get the budget done," he said.

Mesnard wants changes to the $325 million income tax cut that is part of the package, seeking to have more of that cash go to people paying higher taxes because of the 2017 federal tax overhaul.

"I have offered alternatives, I've been trying to kind of brainstorm, I want to get to a resolution as well," Mesnard said. "I just don't know if there's as much interest from some other people."

Fann implied she was focused on getting Boyer and Carter on board, sidestepping Mesnard's tax issue.

Bradley said Carter and Boyer are solid in their demand for the sex assault legislation, leaving Republicans short.

House Republicans approved the budget package in party-line votes during a marathon session that ended shortly before 5 a.m. Saturday. They also added last-minute provisions that angered Democrats, including a new requirement for the attorney general to forward to the governor and legislative leaders any complaints about alleged political influence in schools.

The attorney general is already charged with investigating complaints about the misuse of school resources for politics. Butler says automatically forwarding those complaints to the Legislature and governor is worrisome.

Secretary of State Katie Hobbs said on Twitter that the overnight changes would decimate her election services budget, "which is crucial for ensuring we have the infrastructure in place to keep our elections secure and fair." The budget directs her to use those dollars to administer next year's presidential primary.

Hobbs is a Democrat elected last year after decades of Republican control of the office.

The most contentious part of the budget itself is a plan to cut $325 million in taxes to offset higher revenue the state anticipates from changes in federal law and from collecting more taxes on online sales.

Democrats said the GOP plan sets up a fiscal cliff in the mid-2020s when the federal tax changes expire, but the corresponding state tax cuts do not. Around the same time, Proposition 123 -- a 10-year year school-funding plan approved by voters -- expires.

"We are setting ourselves up for a fiscally irresponsible, fiscally dangerous situation," Democratic Rep. Randy Friese said.

Republicans objected to calling the changes a tax cut, saying taxes would increase without the changes they advocate. Their plan would lower tax rates, eliminate a tax bracket and raise the standard deduction to lower all voters' taxable income.

"No matter how many times it's said that this is a tax cut, doesn't make it so," said Rep. Ben Toma, a Republican who helped craft the plan. "This is an offset of what would otherwise be a tax increase."

House Democrats tried repeatedly to get their priorities added to the budget but were rebuffed in party-line votes. Their proposals included boosting the pot of money school districts use for things like textbooks and desks; boosted school salaries; funded full-day kindergarten programs; provided paid leave to state employees who have a child or adopt one and increased child-care assistance.