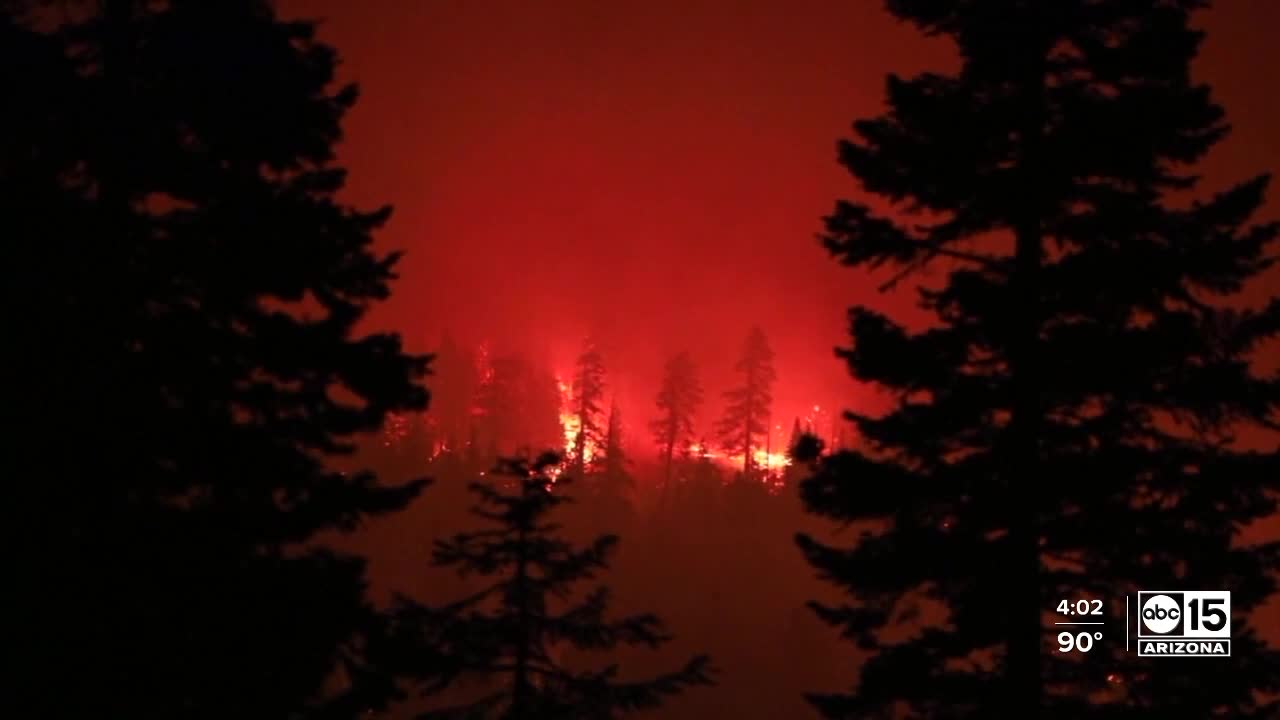 Arizona firefighters have headed to California to help battle wildfires across the state.

Phoenix native Kristen Marin and her family live 2.5 hours north of San Francisco in Mendocino County, while the Oak Fire is burning near them.

"It feels a little like doomsday," said Marin. "It felt like it was night all during the day time. The air quality was awful. The crickets were chirping. The floodlights were on, thinking it was dark. Everything is covered in ash. It smells like smoke. You'd think that you were in a fireplace," said Marin.

On Thursday, the Oak Fire was 25% contained.

"You're just on notice, all the time you're wondering if it's going to be your community or your address that pops up on the alert," said Marin.

According to the California Department of Fires and Forestry Protection, there are about 14,000 firefighters on the line of 29 major wildfires burning across the state.

Tait Mitton is leading a team of four from the Arizona Fire and Medical Authority. They're on a two-week mission northeast of Fresno working night shifts on the Creek Fire in the Sierra National Forest.

"Our responsibility is life safety. Making sure everyone is evacuated from the area, also protecting structures, houses, cabins," said Mitton.

The Creek Fire has burned more than 175,000 acres and destroyed hundreds of homes and is 0% contained.

"Right now California---the firefighters over here --they're working really hard, they're overtaxed right now, we're going to do everything we can to help and help the community," said Mitton.

Mitton said compared to desert fires, the vegetation in the Sierra National Forest makes it harder to contain the flames since there are more trees than burn hotter for longer.