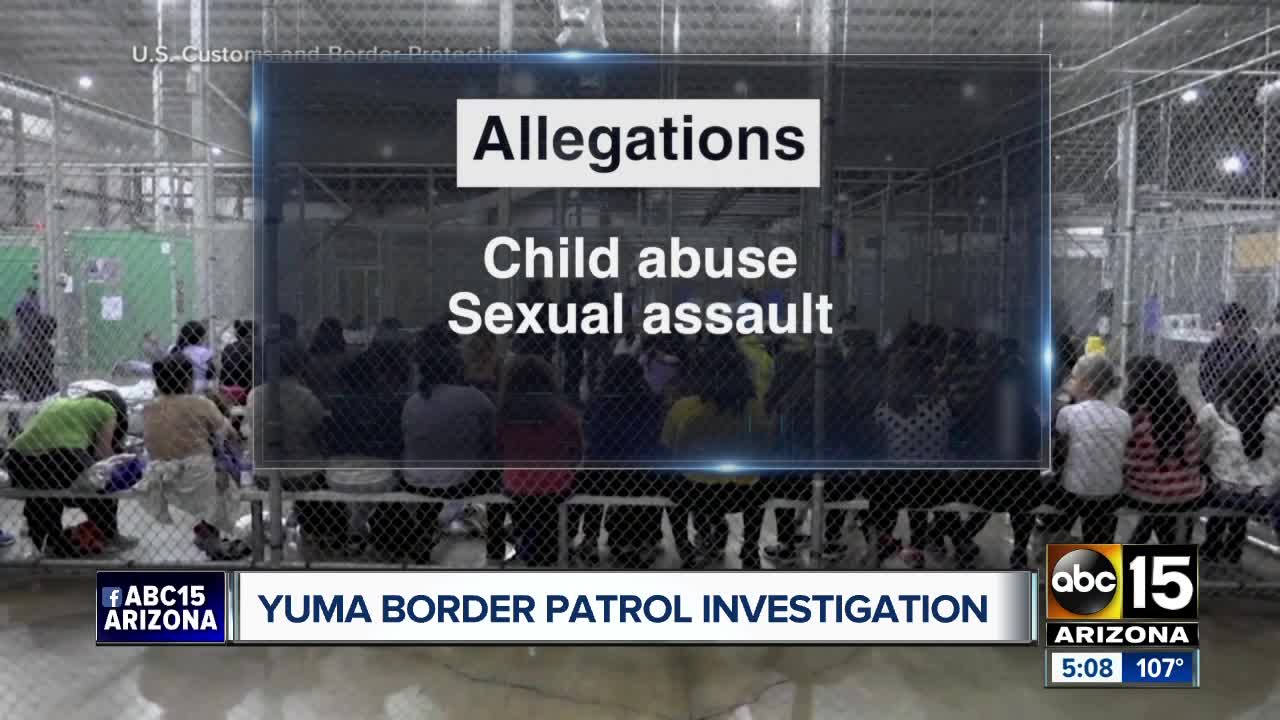 YUMA, AZ — Members of the House and Senate Democratic caucus sent a letter to Governor Ducey and Attorney General Mark Brnovich Friday, calling on them to investigate allegations a Border Patrol agent sexually assaulted a 15-year-old girl and other reports of child abuse at the Yuma facility.

The letter is in response to news reports citing two dozen incidents from April to June documenting the allegations.

"I believe Governor Ducey and the Attorney General, who is in charge of law enforcement in our state, should be actively involved," State Representative Kelli Butler, one of the lawmakers who signed the letter, said.

Democrats say it's not enough to let Customs and Border Patrol investigate itself. What the Democrats want is a full investigation and if substantiated, the abusers to be prosecuted.

When the allegations were first reported, Governor Ducey's spokesman Patrick Ptak said, "we are working with federal authorities to gather the facts and ensure any, and all allegations are being properly and seriously addressed and that these children are safe."

A spokesperson for Attorney General Mark Brnovich said because the incidents allegedly happened at a federal facility, it will be up to the federal government to investigate.

In testimony before the House Oversight Committee Friday, Arizona Congressman Andy Biggs said the issues at the border are the result of an underfunded, overextended Border Patrol.

"Yesterday we heard they were child abusers," Biggs said, "That doesn't solve the problem. It's a real problem we need to solve it."

Immigrant rights groups have called for congressional field hearings in Yuma to draw attention to the abuse charges. There are two hearings related to immigration and Customs and Border Protection scheduled for next week before the House Judiciary Committee Subcommittee on Immigration and Citizenship.