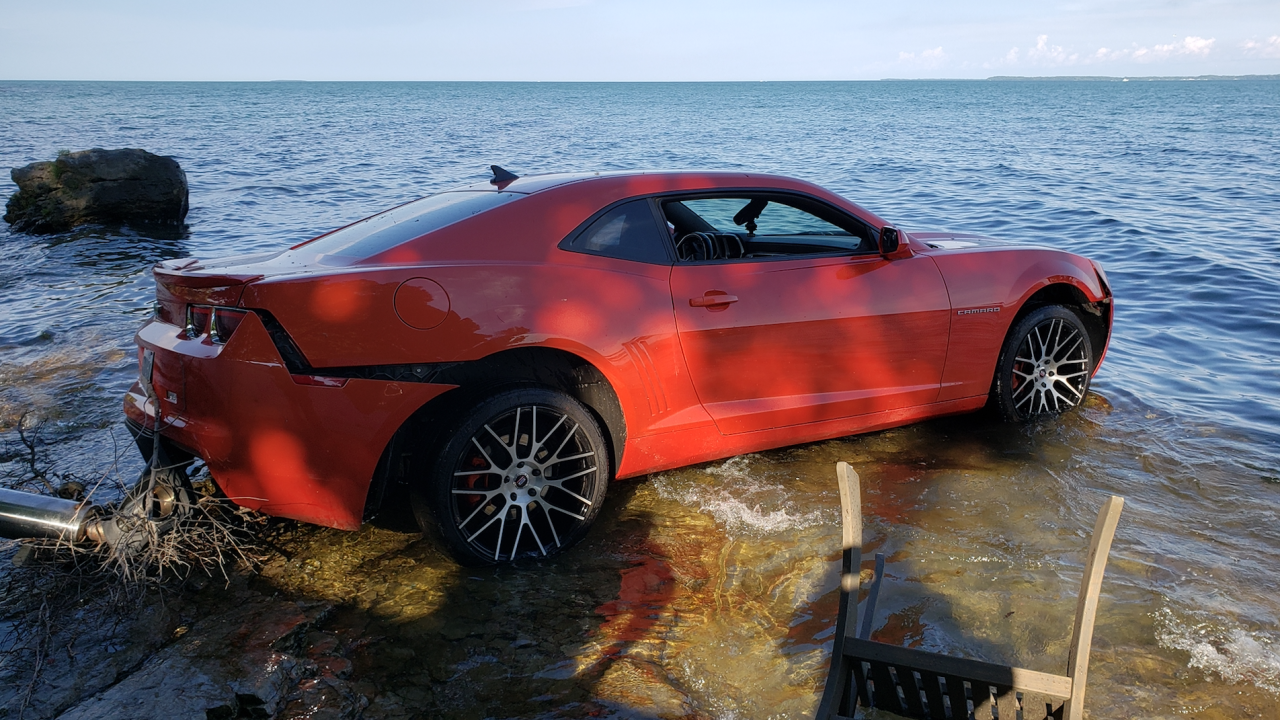 Officers were called to Conlan Road in Put-in-Bay Township on South Bass Island after the Ottawa County Sheriff’s dispatch reported a vehicle had driven into the lake.

Once on scene, officers found an orange Chevrolet Camaro that had driven off the embankment and ended in the lake. Witnesses told officers that the driver, later identified as Cardinals rookie wide receiver Jermiah Braswell, was still inside of the vehicle trying to drive it, police said.

Witnesses also told police that before the crash, Braswell was driving at “a very high rate of speed” when he drove off the road and into a grassy area before flying off the embankment into the lake, according to police.

When officers approached the Camaro, Braswell was still in the driver’s seat attempting to drive forward. He told police officers that he was stuck and that he didn’t know what happened, police said.

As Braswell spoke with officers, they noticed his speech sounded slurred and he had no explanation as to how he and his Camaro ended up in Lake Erie, according to police.

Police said Braswell did not have any passengers inside of his vehicle at the time of the crash and no one was injured during the incident, which remains under investigation.

Braswell, a Toledo native, was signed by the Cardinals as an undrafted free agent not long after the 2020 NFL Draft. He played college football at Youngstown State University.