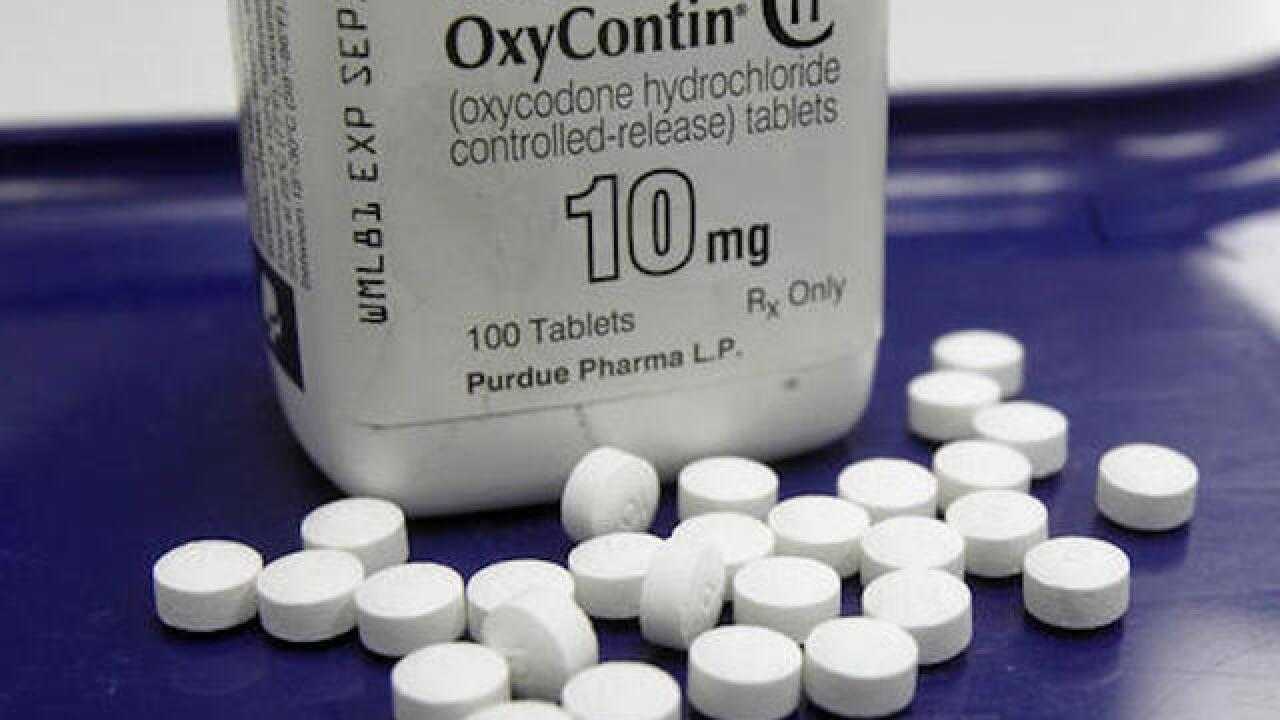 Copyright Associated Press
Toby Talbot
<p>This Feb. 19, 2013, file photo, shows OxyContin pills arranged for a photo at a pharmacy in Montpelier, Vt. Prescription painkillers should not be a first-choice for treating common ailments like back pain and arthritis, according to new federal guidelines designed to reshape how doctors prescribe drugs like OxyContin and Vicodin. Amid an epidemic of addiction and abuse tied to these powerful opioids drugs, the CDC is urging general doctors to try physical therapy, exercise and over-the-counter pain medications before turning to painkillers for chronic pain. (AP Photo/Toby Talbot)</p>

WASHINGTON, D.C. — Arizona Attorney General Mark Brnovich has filed a Bill of Complaint in the U.S. Supreme Court against Purdue Pharma and the Sackler family for their role in the manufacturing and distribution of the opioid OxyContin.

The Sackler family owns and controls Purdue Pharma, the pharmaceutical giant that has manufactured OxyContin since 1995.

"The State’s brief alleges the Sacklers funneled billions of dollars away from Purdue in recent years when they were aware that the company was facing massive financial liabilities from litigation," a statement from Brnovich's office reads. "The Sacklers and Purdue are alleged to have violated fraudulent transfer laws, which allow courts to unwind transfers of funds that may hinder or defraud creditors."

Within the Bill of Compaint, Brnovich addressed the devastation caused by opioids and the subsequent opioid crisis.

"It would be difficult to overstate the human, social, and economic devastation this epidemic has caused. But what makes the catastrophe especially troubling is that it is man-made," the complaint reads.

According to statistics released by the Center for Disease Control and Prevention (CDC), nearly 400,000 people have died from an opioid-related drug overdose between 1999 and 2017.

In 2017, opioids contributed to around 68 percent of the 72,200 drug-related deaths in the United States, according to CDC data.

Data collected by the Arizona Department of Health and Human Services (AZDHS) suggests that there were 3,370 suspected opioid deaths between June 15, 2017 – July 25, 2019. Within the same time frame, AZDHS also recorded 23,978 suspected opioid overdoses.

"The Sacklers and Purdue have made billions of dollars off the promotion and sale of opioids, fueling a crisis with devastating effects in Arizona and the nation," the Bill of Complaint's Nature of Action reads.

The complaint also alleges Purdue "embarked on an aggressive marketing campaign... [to] pump up sales of its opioid painkillers, including OxyContin."

"In particular, Purdue illegally minimized the risks associated with prescription opioids and aggressively encouraged doctors to prescribe them more broadly," the complaint continues.

“It is unconscionable that companies responsible for fueling this crisis might escape paying restitution to victims by transferring billions of dollars made on opioid sales to company owners and then possibly filing for bankruptcy,” Brnovich wrote in a statement to the press. “Those responsible for the opioid crisis must be held accountable and the Sacklers’ pilfering of Purdue’s assets must be remedied."