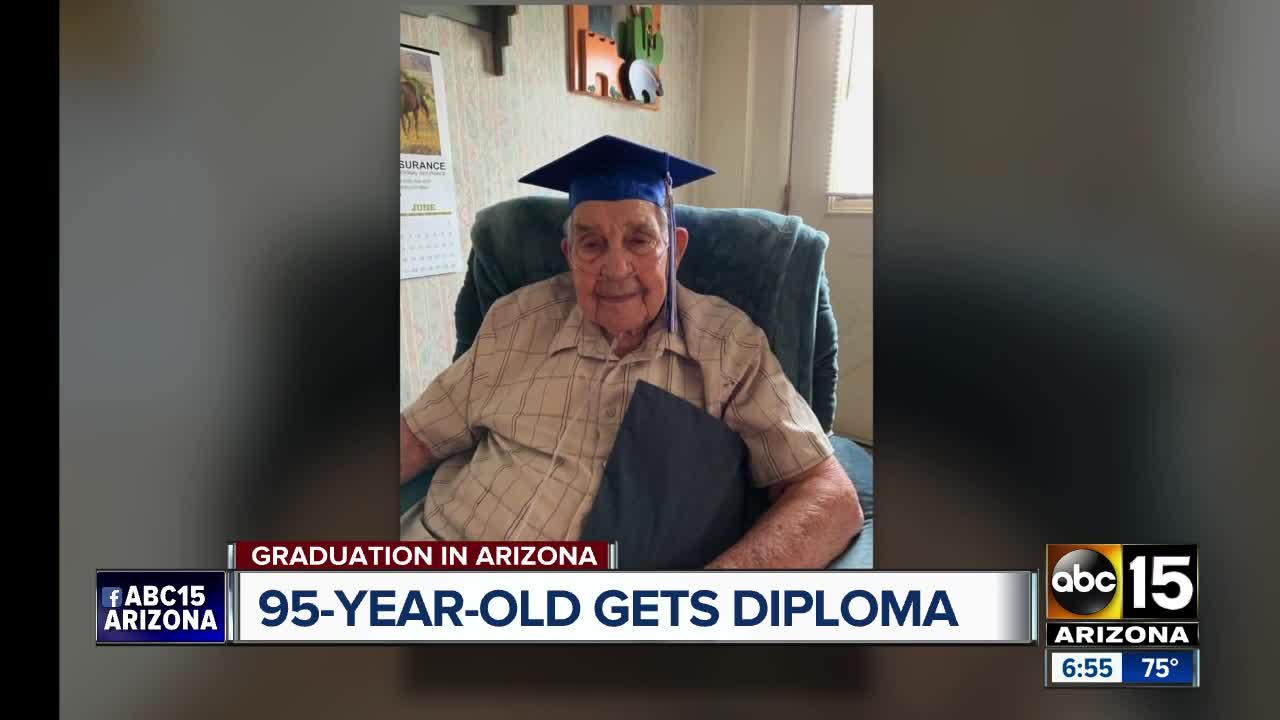 A 95-year-old WWII veteran is finally getting his high school diploma from Snowflake High School Friday! 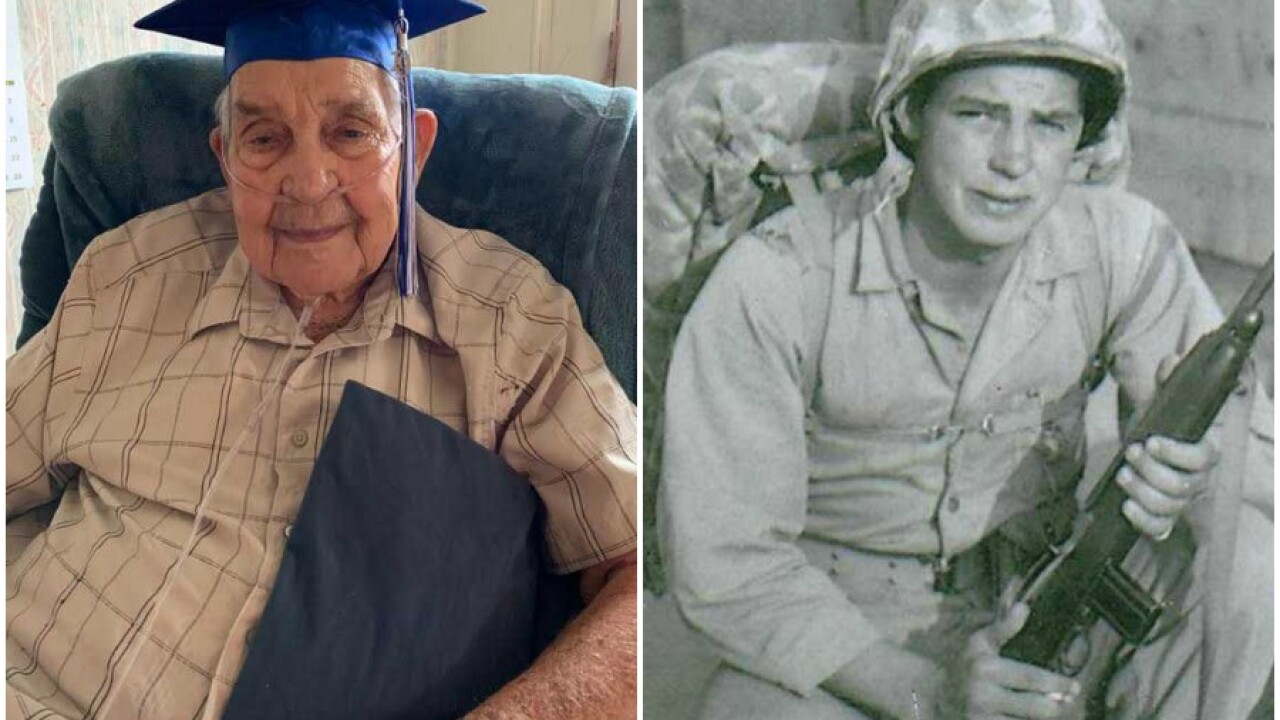 SNOWFLAKE, AZ — Charles Hall, 95, is a World War II veteran who led a busy life and never had the chance to graduate high school, until now.

Hall was the Junior Class President during his time at Snowflake High School, lettered in three different sports, and was a successful boxer.

Despite being eligible for deferment, Hall chose to put his life on hold and serve his country after the attack on Pearl Harbor. He enlisted in July of 1943.

Hall served in the United States Marine Corps and was part of the initial invasion on Okinawa, the last major battle of WWII.

Hall's family said one of his biggest regrets was never graduating from school. Well, it is soon-to-be a regret no more.

After putting his family first for all of those years, Hall will finally get the chance to graduate from Snowflake High School on Friday, at the age of 95.

In a speech prepared for the ceremony, Hall’s son-in-law states:

“By recognizing the sacrifices of Mr. Charles Logan Davis Hall, we are fulfilling a dream for a man who helped make this community, this state, and this country what it is today.”

Editor's note: Information on Hall's service and background comes from a family statement provided to ABC15.