Spanish police pull over a car and oranges come tumbling out 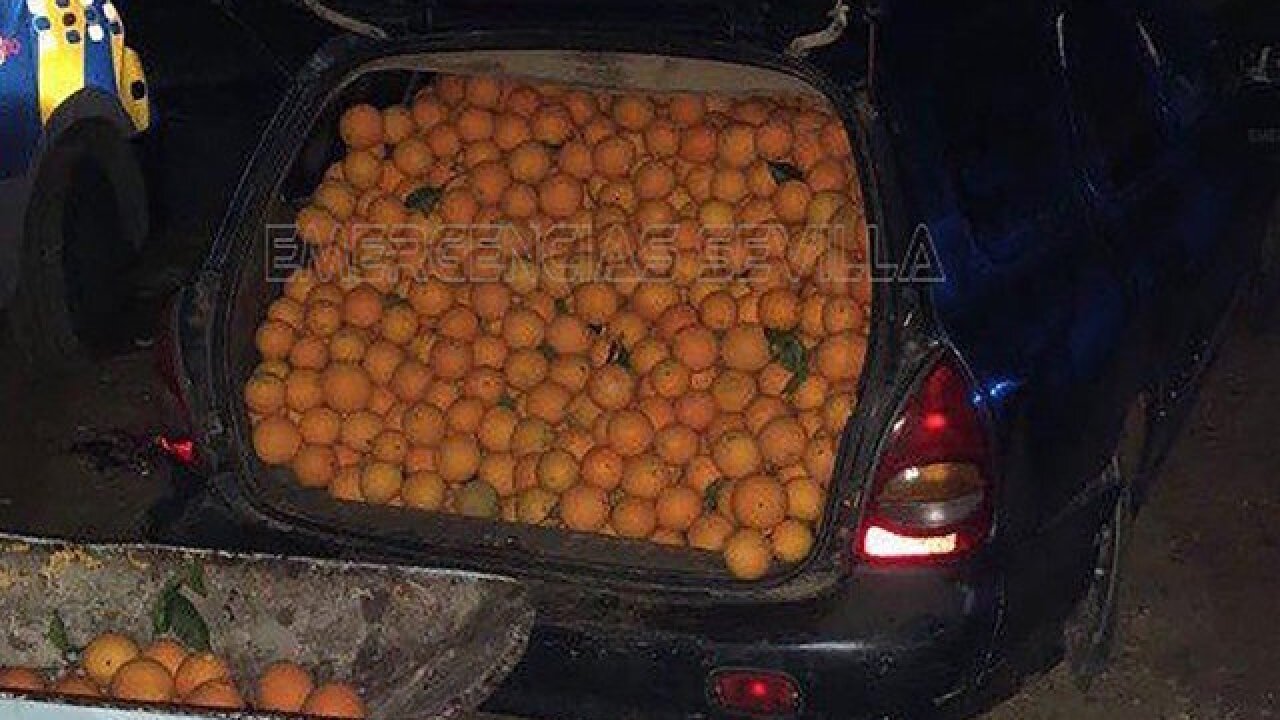 © 2018 Cable News Network, Inc.
@Emergenciassev/Twitter
<p>Police in Seville, Spain, came across the bizarre scene when they pulled over two cars after a short chase.</p> 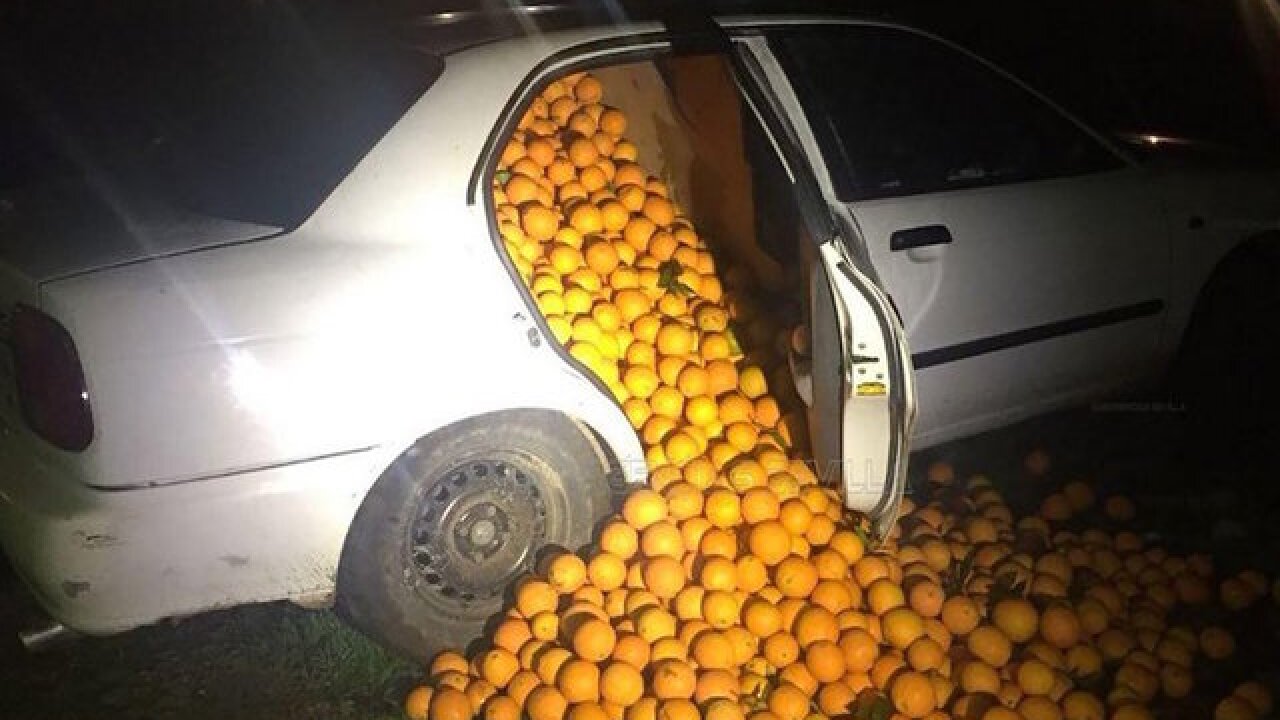 Take a look at this photo.

Yes, that's a car crammed to the hilt with oranges.

Police in Seville, Spain, came across the bizarre scene when they pulled over two cars after a short chase.

According to Europa Press, officers suspected something wasn't quite right when they saw the cars driving very close together.

When they tried to pull the cars over, they took off. A short chase through a dirt road followed, the news agency reported.

Inside the vehicles, police found the oranges.

Later, they found a truck, also packed with oranges.

The drivers claimed they were "coming from very far away and had been stopping and collecting oranges along the way," Europa Press reported .

But cops didn't buy it. They later learned the oranges were stolen from a shipment.

They charged the five people -- a couple, their adult son, and two brothers -- with theft.