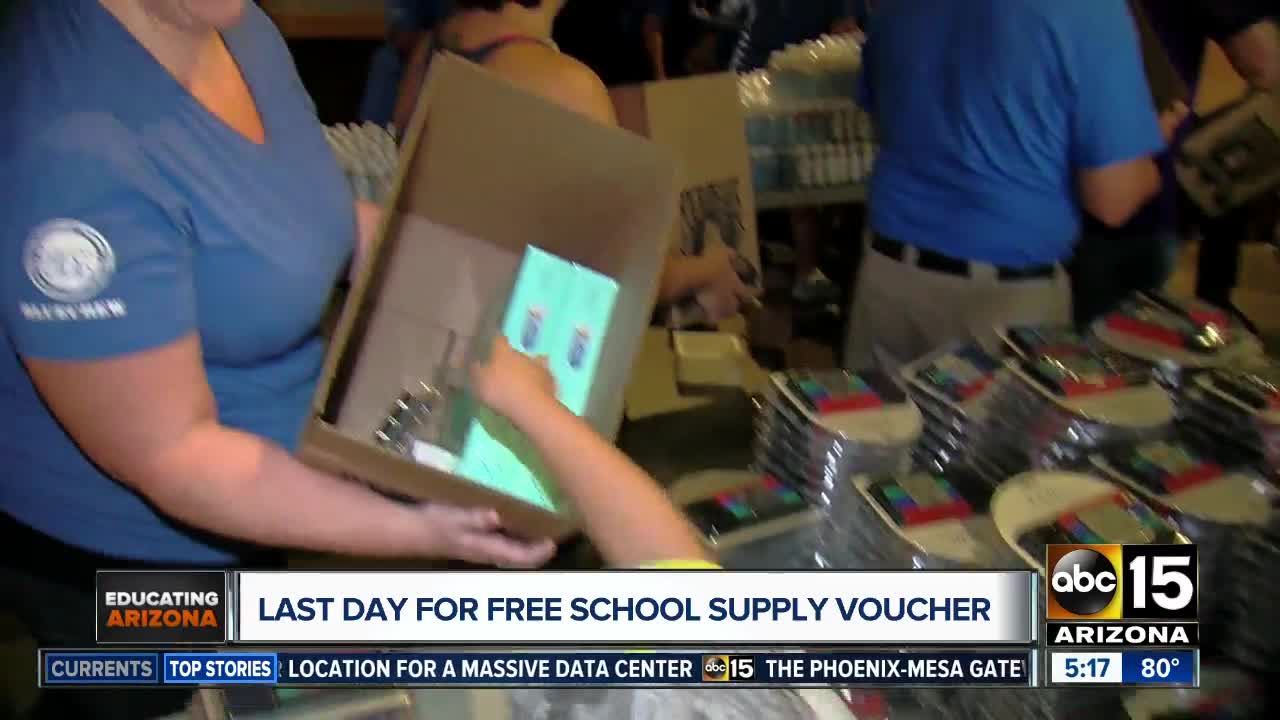 Four Peaks Brewing Company has been putting on the event for nine years. The Tempe-based brewery teamed up with Treasures 4 Teachers, a donation-based supply store for teachers, with the goal to help instructors who regularly pay out of pocket for items in the classroom.

TEMPE, AZ — Friday, June 28, is the last day for teachers to get a voucher for free school supplies through the Four Peaks for Teachers fundraiser.

Four Peaks Brewing Company has been putting on the event for nine years. The Tempe-based brewery teamed up with Treasures 4 Teachers, a donation-based supply store for teachers, with the goal to help instructors who regularly pay out of pocket for items in the classroom.

This year, organizers say they plan on giving out 6,500 kits to teachers, more than ever before. For the first time, the fundraiser is expanding beyond Arizona to help teachers in New Mexico and Nevada, as well.

This week, teachers can pick up a free voucher from one of several locations in the state. They will be given a specific date and time to return and pick up a box filled with school supplies.

Jessica Neill works as a teacher and instructional coach for the Laveen Elementary School District. She's been a teacher for a decade and says she's participated in Four Peaks for Teachers since the program started.

"Free school supplies, what's better than that?" Neill said. "A poor teacher just moving out here from Ohio. It was really great. I was really grateful for them to offer this to me."

Neill is one of thousands of teachers who've received a free school supply kit throughout the years.

Trevor Schultz, the general manager of the Four Peaks on 8th Street in Tempe, says he's seen the fundraiser grow drastically throughout the years.

"I think people have seen over the past years teachers' needs going forward so people are willing to open up their wallets a little more to help as much as they can right now," said Schultz.

Teachers can pick up their vouchers for free until June 28 at the following locations:

Supply pick-up will be July 15 - July 17. Teachers may pick up the box of supplies at these locations:


Teachers who are unable to collect their boxes at the times listed on their vouchers will be able to pick them up on July 19 at Four Peaks 8th Street Brewery from 2-6 p.m.

All unclaimed boxes will be donated to Back 2 School Bounty and will be hand-delivered to schools across Arizona in need of supplies.

If you're not a teacher and still want to be involved, there are several ways you can help:

Find out more on the Four Peaks for Teachers website or through Treasures 4 Teachers.