Market on the Move: Get 60 pounds of produce for just $10 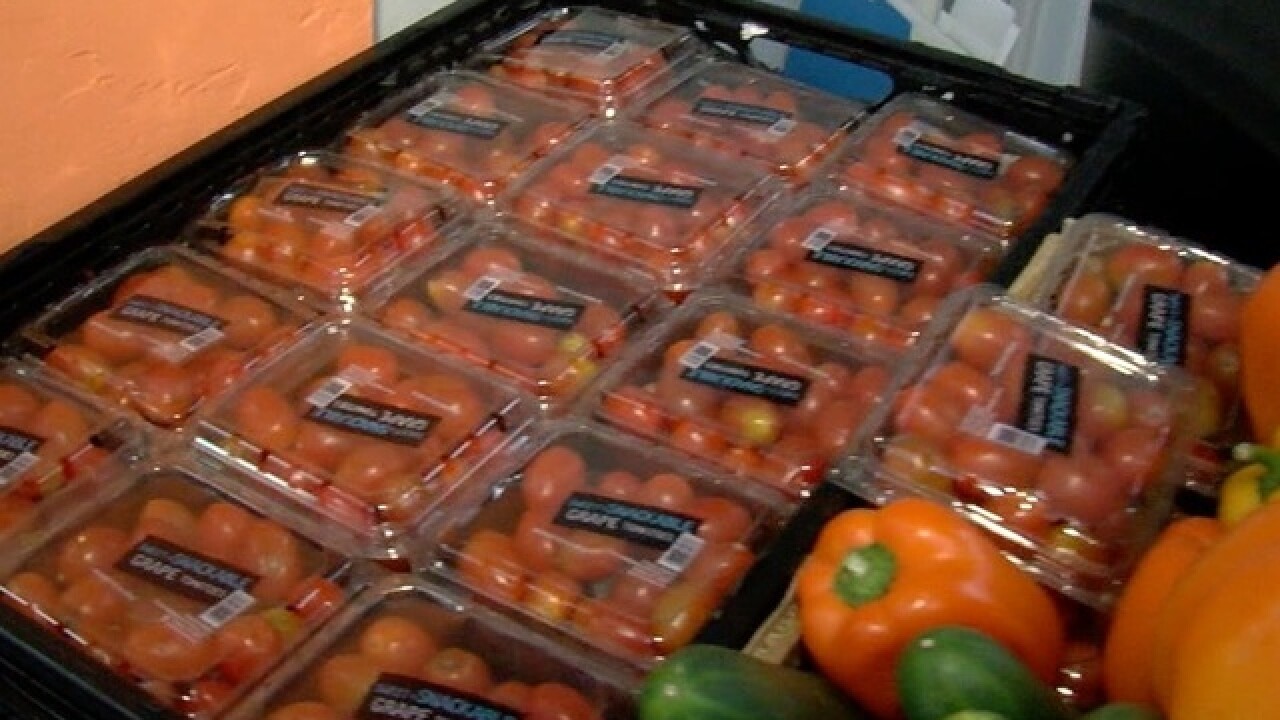 You'll be amazed at how much your dollar is actually worth. Donating $10 can score you up to 60 pounds in produce for you and those around you, thanks to an amazing service called Market on the Move .

In October 2010, Market on the Move was created by The 3000 Club , a non-profit organization working with food banks in Arizona, California, and other non-profits with the mission of providing life-saving fresh fruits and vegetables to families in need.

The 3000 Club initially partnered with churches and other non-profits to host weekly events where semi-truck loads of produce were brought into the Valley. The program and effort has grown so much since then. By the end of May 2014, there were more than 50 distribution sites in Metro Phoenix and Tucson.

CEO and President Nicco Punzalan told us simply, "This is about neighbors helping neighbors."

Punzalan explained the process. When you go to a location near you to pick up the 60 pounds of produce, you simply sign in and donate $10 in Phoenix and Tucson or $15 in northern Arizona. Enjoy the farmers-market-like atmosphere while you get your items, and take everything back to your family and to your community to share.

This process not only helps people, but also the environment keeping those items out of the landfill. Punzalan said, "We have rescued and redistributed a quarter of a billion pounds of produce."

Market on the Move thrives because of volunteers. While we were there, several volunteers were taking the not-as-appealing husks off the perfectly appetizing corn inside. He joked, "Like that corn, we need people who are beautiful from the inside out" to help make a difference.

Click here to see the 2018 Summer Schedule and find a location near you.

MORE INFORMATION ON THE 3000 CLUB:

Punzalan told us they also do a similar process for medical equipment . They collect items that will be useful in places like Guatemala, and ship them to save lives. The 3000 Club website states, "Since 2008, the organization has helped deliver these medical resources directly to underserved populations in the United States, Mexico, Guatemala, Honduras, Haiti and the Philippines."

The 3000 Club also has an area for liquidation items, discounted products for your homes.

In addition, Reyness Price works with The 3000 Club. She is the Founder of the Military Family Support Fund, and she is both the Vision and Veterans Chair for the Phoenix Asian American Lion's Club, part of Lion's Club International. Price shared that hey accept donations for screening underprivileged kids in the Valley, also for charter schools for students with autism. They've helped about 50,000 children, breaking a record.

On the military side, Price said that deployment has tripled, and they want to send care packages to our troops with items they need. This month, they've sent 2,080 packages so far. The most expensive part is shipping. The 3000 Club provides about 80% of the content of the packages, but they still need items like protein bars, wipes, and much more. You can click here for contact information at Tea Light Cafe, where donations are also accepted.