Deal of the Day: Score 50% off all lower-level seats to the Phoenix Mercury's home opener Friday! 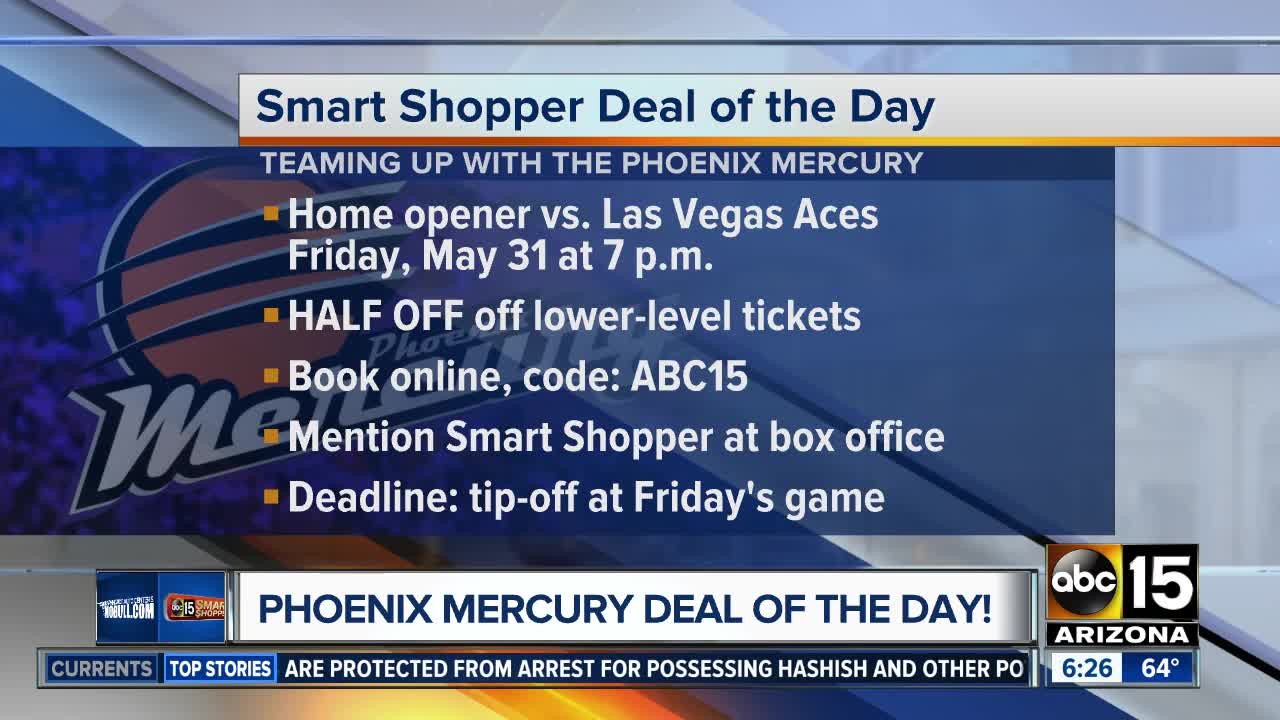 ABC15 is teaming up with the Phoenix Mercury to offer half off tickets to Friday's home opener!

PHOENIX — The Phoenix Mercury home opener is this Friday, May 31 at 7 p.m. at Talking Stick Resort Arena! So, we recruited players Sophie Cunningham and Yvonne Turner to tell you how to go root on your WNBA team without paying full price!

The two had a blast laughing and being part of the video above, which basically states:

That means, you get to enjoy 50 percent off tickets to the game on May 31 for all lower-level seats, with the exception of court-side seats. Cunningham worked the camera and smiled before throwing a little head nod, and stating, "You're welcome!"

We're betting (obligatory pun since the opponent is from Las Vegas) that our Mercury players will take the W! The odds are in your favor as well because you're winning by spending half the price to go!

Click here to book your tickets directly online and enter the promo code: "ABC15". You can also get your tickets at the box office in person when you mention Smart Shopper.

You have until tip-off (7 p.m.) on Friday to get our exclusive Deal of the Day.

Have a BALL rooting on our ladies!