Deal of the Day: Buy one ticket, get one free to Terror in Tolleson! 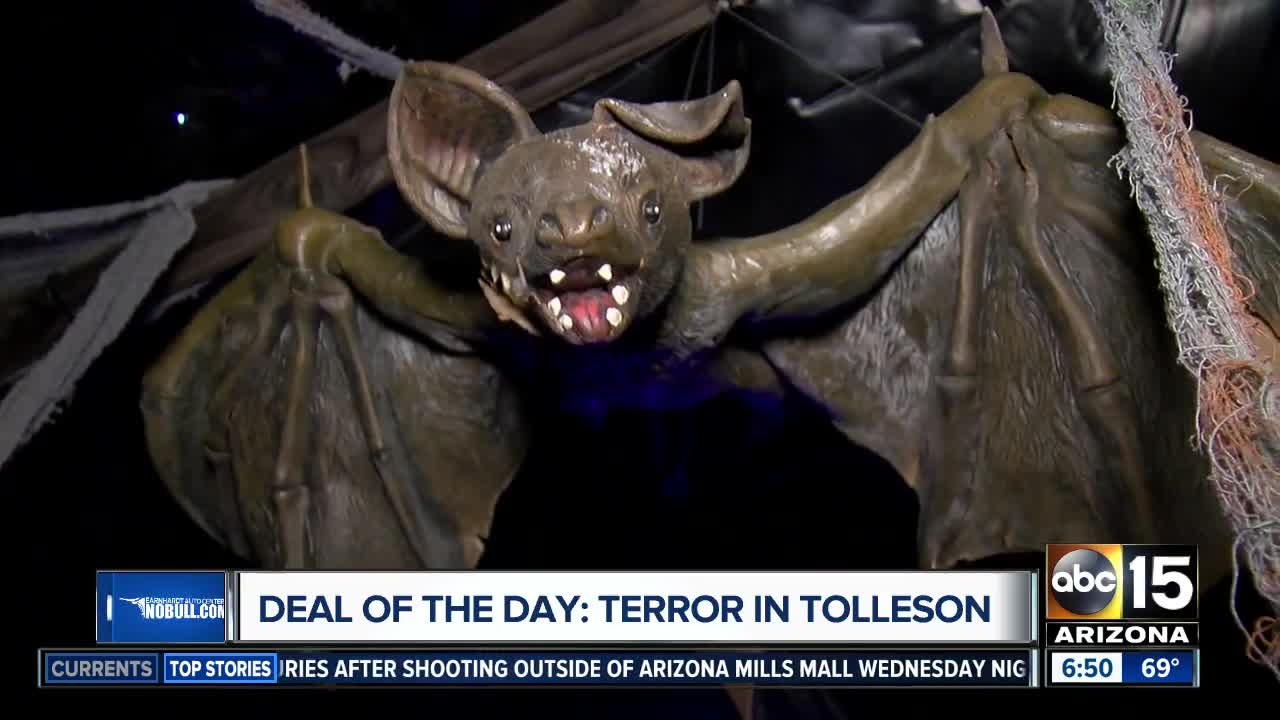 It's October now, and that means Halloween is almost here! Get ready to celebrate "Spooky Season" with a unique haunted house attraction that's actually at a house! 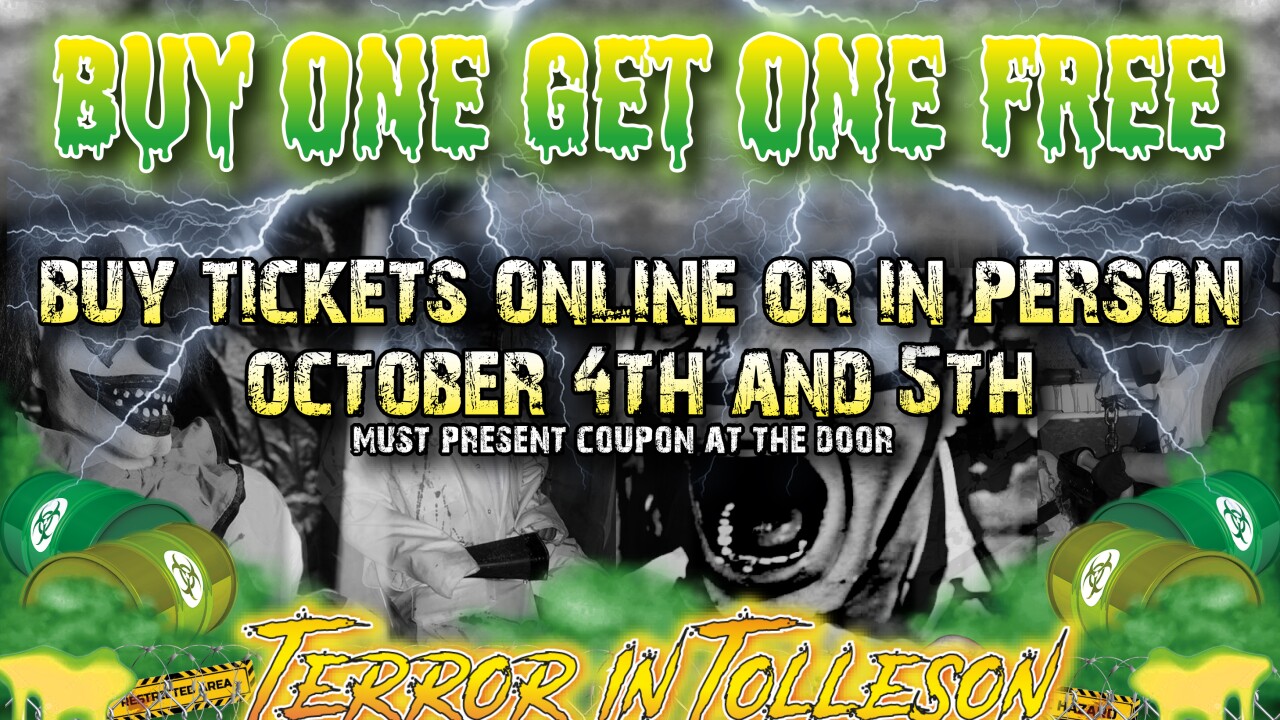 It's October now, and that means Halloween is almost here! Get ready to celebrate "Spooky Season" with a unique haunted house attraction that's actually at a house!

Terror in Tolleson is back for the sixth year with over 20 new scare zones and themes. The narrative for this haunted house takes place in an Asylum, where doctors have been testing on patients for years, and injected them with toxic waste. Can you escape the Zombie Apocalypse? There are also sections for serial killers, urban legends, clowns, movie tributes, tunnels, tight spaces, jump scares and so much more!

The attraction features 25 to 30 actors of all ages from little kids to adults. Terror in Tolleson was created by twin brothers, Isaac and Gabriel Pacheco, who have always loved Halloween. They've been working on the project since Labor Day weekend and are now ready to scare you!

If you want to personalize your experience, Terror in Tolleson will accommodate! For example, they can use the name of a person in your party if it's their birthday, or cater to something they might be especially afraid of, like clowns.

The "Haunt Army", also known as the crew of about 20 to 25 friends who have been working on creating, building and constructing this haunted house, went above and beyond with the decorations and effects. We're told that there is a bunch of new decor, and drop panels disguised to look like picture frames. Then, the frame will drop and an actor will jump out and lunge at you! They aim to reach all your senses by also using smells, like scented oils, or "light contact" to touch people who pass by, to have an overall sensory experience.

It will take you about 20 minutes or longer to get through the entire haunt. There are some tight areas to get through, and a butcher shop where someone with a chainsaw will take over. There are sections with serial killers like Freddy Krueger, Michael Myers, and Jason Voorhees. You'll also interact with urban legends like La Llorona. There are MANY clowns like versions of Pennywise from It, along with Georgie and other clowns. There are nods to famous horror flicks too like The Nun, Annabelle, The Exorcist and more. This attraction is never the same, aiming to improve each year.

The attraction is open Fridays and Saturdays each night through November 2, from 7pm to midnight each day, but you'll want to go this opening weekend because they're teaming up with us for our exclusive Smart Shopper Deal of the Day.

It would normally cost about $16 per person, but not for you! Instead, it's buy one, get one FREE! So, two people will get in for the price of one (about $16 total) on both Friday, October 4 and Saturday, October 5.

You can either buy your tickets in advance online, or, you can pay at the door and show this coupon (below).

They accept both card and cash in person. If you want to buy online, click here. Then, click on "Select a Date." It will open up a new window. Select either October 4 or October 5, and then scroll down to the BOGO deal at the bottom.

You'll see that the haunted house expands on the driveway now, and there's a stage nearby where AZ Hype will be performing later in October. Though Terror in Tolleson aims to scare you and make it a great experience overall, they also aim to raise money for that dance crew, and collect donations for their father who was injured in a crash over a year ago.

So, check it out this year because it may be the last time it's a house haunt. With plans to go commercial, this terrifying and exhilarating experience could pop up in an area near you this time next year.

The neighbors have embraced this attraction, and there's parking nearby. If anything changes regarding parking information, we will update it here. We were told there will be food vendors and food trucks as well.

Terror in Tolleson teams up with community members and partners with the town and schools nearby. Get this! Students actually help with props, to acting, to videography and more. The best part is, they get credit for doing so!

They told us, "When the lights go out, the terror begins. Can you survive the Terror in Tolleson?"

Good luck, and have fun!