Can this technology really help you avoid car crashes? We're testing it out! 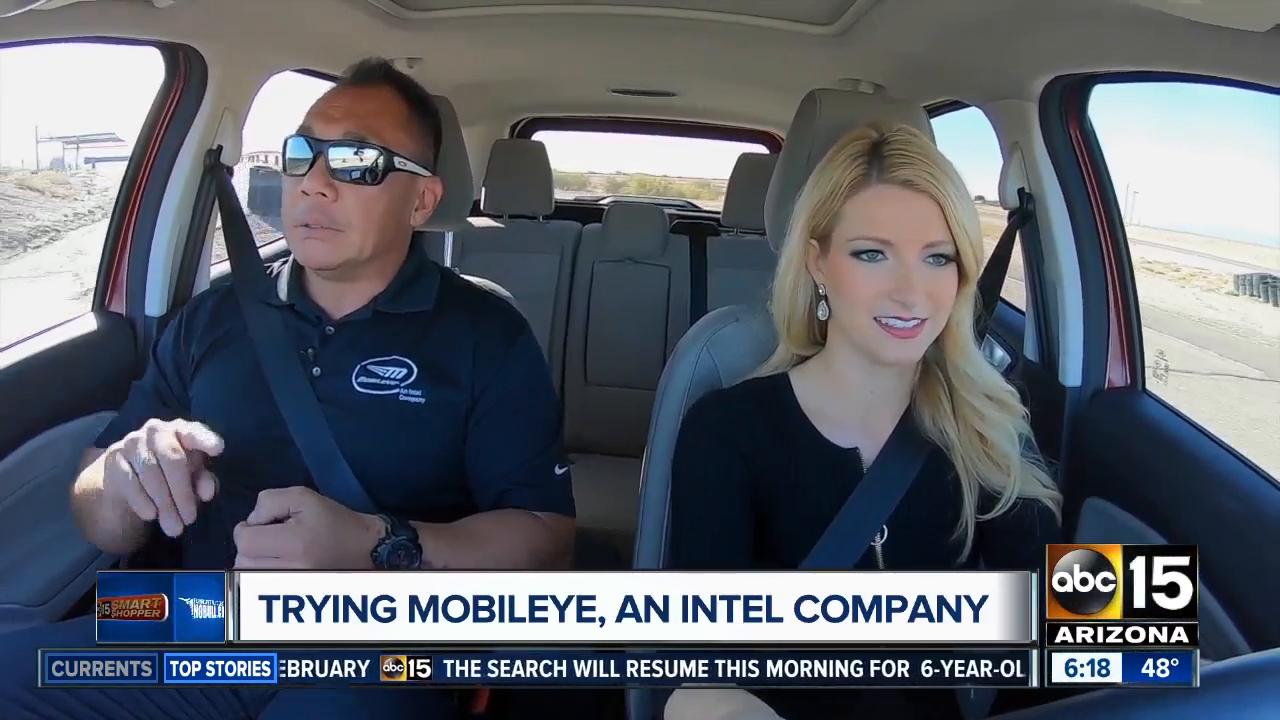 According to the National Highway Transportation Safety Administration, 94 percent of collisions are due to human error, and 65 percent of near crashes involve some form of driver inattention three seconds before the event. So, we are testing out some technology to see if it can really help.

According to the National Highway Transportation Safety Administration, 94 percent of collisions are due to human error, and 65 percent of near crashes involve some form of driver inattention three seconds before the event.

So, we are testing out some technology that's supposed to help stop crashes and keep drivers more attentive. Let's see if it's Bull or No Bull.

Mobileye, an Intel Company, is a collision avoidance system with a forward-facing camera that sits behind your rear-view mirror and has an alert display on the dash. It can be put on almost any vehicle from passenger cars, trucks, and light-to-heavy-duty fleets that don't already have built-in safety features.

It scans the road ahead, and offers you visual cues as well as different beeping alerts to warn you if cars, people, or cyclists are ahead if you drift out of your driving lane and more.

Allen Jay with Mobileye, an Intel Company, took us out on a closed course. He showed us how the technology can also track how many seconds are between you and the vehicle in front of you, warning you up to 2.7 seconds before a crash, giving you a better reaction time. It can also do the same with a pedestrian or cyclist.

We drove on the east track at the Wild Horse Pass Motorsports Park, and we had another driver in front of us. Allen instructed me to speed up behind the leading car. The technology showed me how many seconds or car lengths we had between us, and the device had different beeping noises the closer we got! It issued a forward collision warning, and the noises sort of jolt you, the same way your alarm wakes you up in the morning. It made my heart beat a bit faster, and without hesitation, I hit the brakes. Mobileye also tracked our speed, beeped at me when I swerved out of the track's lane, and more!

So, where does Mobileye rank on our Bull or No Bull Meter? Since it passed all of our tests and lived up to the claims, I'm going with... NO BULL!

It's a win-win for all drivers, including new drivers.

Allen Jay told us, "Driver attention is big. You've got texting, you got people just looking around, you have complacent drivers. And our technology is really set up to help, you know, alleviate driver complacency."

It's a proactive approach instead of a reactive one.

Over 25 million vehicles worldwide have this technology and automakers like BMW, Ford, General Motors, Honda, Volvo, and more are integrating it into the newer car models.

The Tempe Earnhardt Ford location right here in the Valley can help install this technology.

John Nissen with Earnhardt told us, "It does take three to four hours to install, but it's well worth it. It's an easy deal. The price is fantastic. To get this type of collision avoidance system in a new vehicle, it's in the thousands. And our product is $995.00."

When we talked to John off camera, we heard the range for this type of technology in the newer vehicles could cost well over $2,500. So, spending $995 instead can save you thousands.

Since we are on the topic of savings, John also told us that it's good for the life of the vehicle.

"If it saves you one accident in the life of the vehicle, that's huge. That's cheaper insurance. That's just safety. Possibly not going in the hospital and using a deductible there. I guess the best thing about it in my opinion is that it allows you to put today's technology in yesterday's vehicle," said John.

If you want to install this customized technology onto your vehicle, the address is: 7300 W Orchid Ln, Chandler, AZ 85226