Bull or No Bull: Will the Arctic Hat keep you 20 degrees cooler? 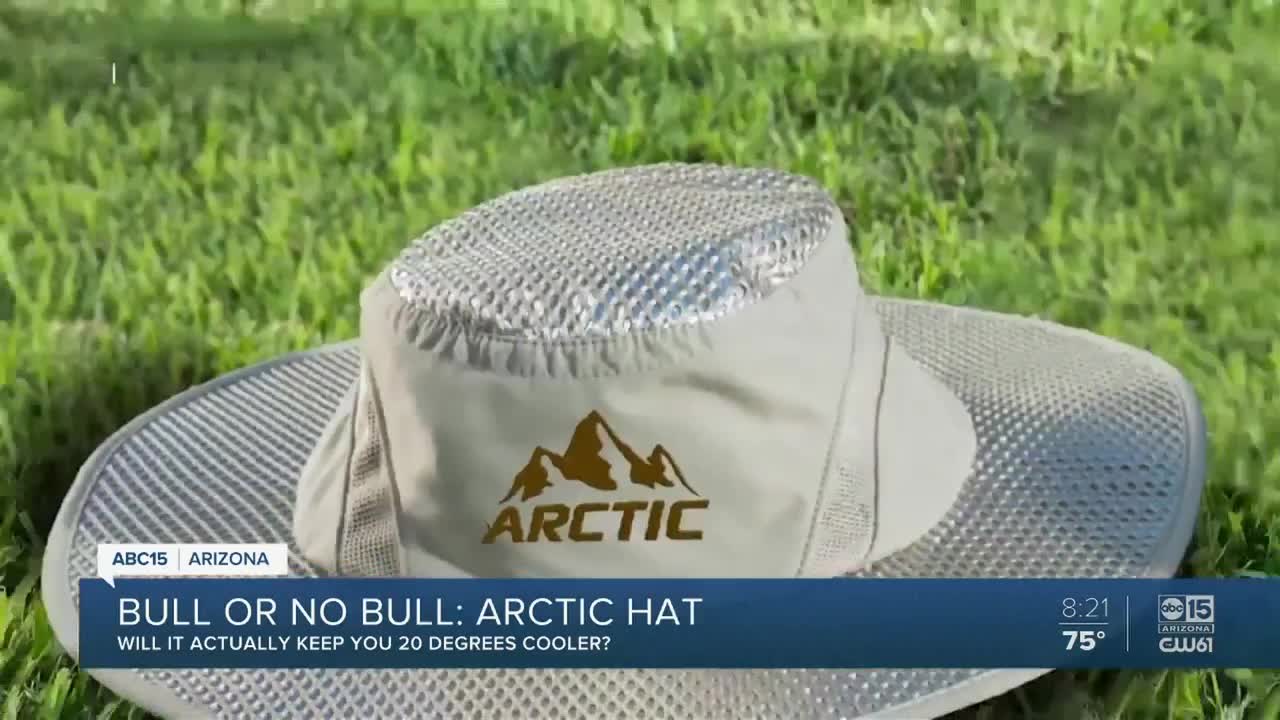 Bull or no Bull: We test out the Arctic Hat and see if it'll help keep you cool this summer!

I'm working from home, and I'd like to thank Juan Trujillo and other viewers who wrote in, wanting me to test the Arctic Hat to see if it's Bull or No Bull! Ask, and you shall receive!

The commercial says, "Introducing the new Arctic Hat, the evaporative cooling hat that keeps you 20 degrees cooler and has a built-in UV barrier that reflects the sun's heat and UV rays." Click here to see the video.

The video goes on to explain the hydro-cooling technology, that "water activates the evaporative lining to help cool faster." The claim is that the hat also blocks over 99 percent of the sun's harmful rays. I don't have a way to measure that from home, but I can test this next claim!

"Look! This man's head is a scorching 102 degrees, but with the Arctic Hat, he's a comfortable 78 degrees! That's over 20 degrees cooler," the narrator in the video states.

We know all about the heat here in Arizona. When I tested this out, it was a tame 90 degrees outside. I sat outside for a few minutes, and my forehead temperature came in around 102/103 degrees.

Then, we went inside to add water to the inside of the Arctic Hat, as instructed. I put the hat on, and went back outside for the same amount of time.

Oh, and it's important to note. You're basically putting a wet hat on your head. So, it will most likely ruin your hairdo.

Before I let you know where it ranks on the Bull or No Bull Meter, here's my favorite line of the video. "You don't have to be hot to look cool!" Announcer, I agree.

What products do you want me to try before you buy? Let me know!