Are these blue-light blocking, non-prescription glasses Bull or No Bull? 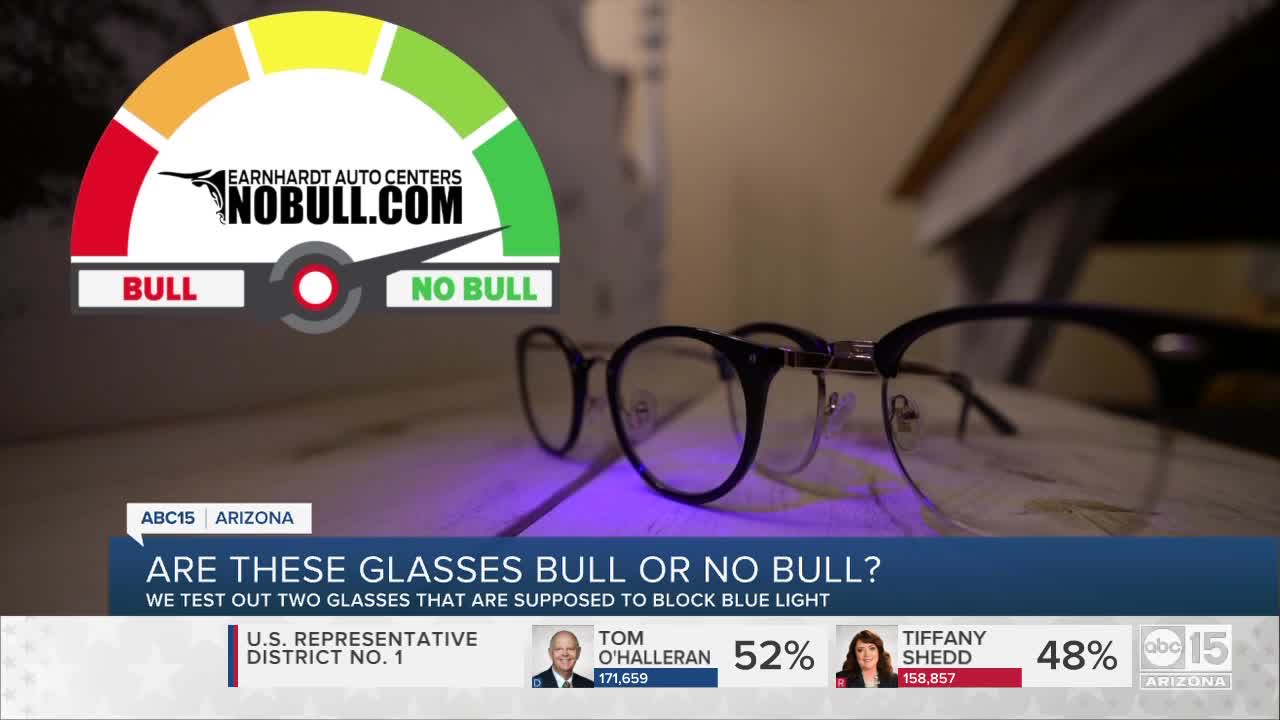 My workday typically consists of staring at computer screens for many, many hours straight, to find you the best deals of course! But, sometimes the blue light gives me reverse motion sickness, and that does not feel so great. So, I’m testing out blue-light-blocking, non-prescription glasses to see if they'll help. I will let you know if they’re Bull or No Bull!

Even against a white wall, you can see the difference in blue light. It shines much brighter without the glasses, but is way less strong with the glasses acting as a barrier.

We did the same tests again for the Livho glasses. People who visit an Optometrist or Ophthalmologist would understand this joke:"Better one or better two?" Cue the rimshot. One would be the blue light against the wall without the glasses. Two represents the glasses between the blue light and the wall. So, here's the answer to the "Better one or better two?" question. The second option is much better! See what EYE did there? Maybe this time, we'll cue the sad trombone for that pun...

Anyway, both the Livho and Donna blue-light-blocking glasses worked! I've actually been wearing the Donna glasses for a while now, and I notice a difference while working on computers. It helps my reverse motion sickness. Click here to see more styles in the Donna brand.

So, where do they rank on the Bull or No Bull Meter? I’m going with... No Bull!

What products do you want me to try before you buy? Email me!