Are Disk Lights from Bell + Howell Bull or No Bull? I try it before you buy it! 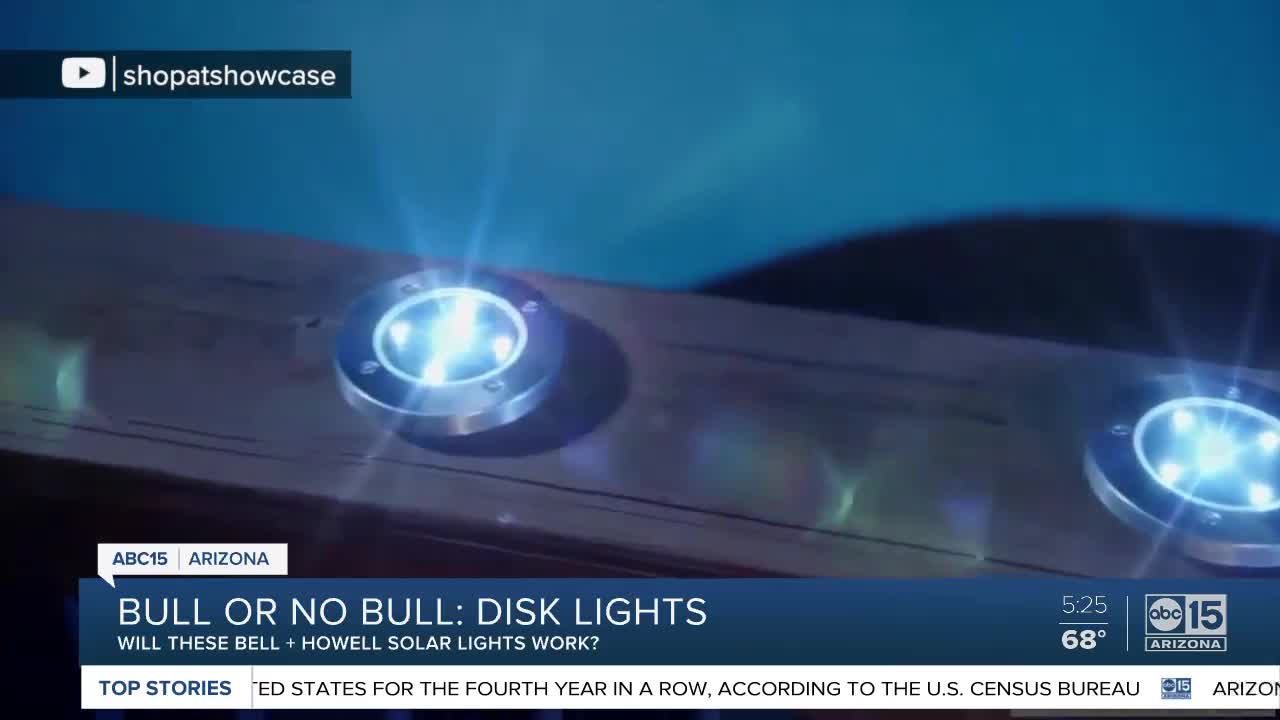 Do these disk lights really work?

It's no fun being the dark, especially if you want to sit outside with your family and enjoy the cooler temperatures at night. So, for this week's edition of Bull or No Bull, I'm testing out Disk Lights by Bell + Howell!

Yes, they are what you're envisioning: a flat, circular disk that shines bright light. These are for outdoor use.

The commercial starts as the announcer says, "You love the look of exterior lighting. But hiring contractors costs a fortune. And wiring your own lights, don't try that at home!"

On a side note, I will say that my husband and I did our own yard lighting, and the wiring process was not super difficult or costly, but I'll share more on that another time. Let's get back to Disk Lights!

The video goes on to explain that there are no wires to mess with when using Disk Lights. Bell + Howell uses light conversion technology. Basically, these Disk Lights come with a battery that gets its juice from the sun and converts to solar power. They automatically turn on at night and turn off automatically during the day.

The Disk Lights come in different looks and styles. We chose stone, and they came in a pack of four. Some Disk Lights come with hook-and-loop strips to mount them vertically, but we didn't order that version. They also come with stakes, but we're going to lay ours flat on our back brick patio to highlight the step up from the grass.

When you flip them over, there's also switch to manually turn them on and off. We looked over the manual, and as instructed, we turned ours on. We placed all four on the brick patio in the early morning because the Disk Lights need to soak up direct sunlight for at least eight hours before nightfall.

The video explains that each Bell + Howell Disk Light contains ultra bright LEDs, that allegedly last over 10 years, "in a durable weatherproof, stainless steel housing." The announcer continues with another claim, "And they're low enough and tough enough that you can mow right over them." We did not test that claim, but I did accidentally and lightly drop one of the stone Disk Lights onto another. It definitely left a scratch mark. So, keep that in mind. Also, we can't vouch for how long they'll last yet. I can follow up after this Arizona summer though!

Now to the results from our test. After over 12 hours in direct sunlight, our Disk Lights were shining brightly by nightfall. They definitely brought attention to the step up onto the brick from the grass. That can help with safety! Don't expect the lights to shine like a spotlight though. These would be best to line a walkway.

So, where do the Disk Lights by Bell + Howell rank on our Bull or No Bull Meter? Since ours work so far, I'm going with... NO BULL!

Heed the warning though: Several reviews complain about rust, stating the Disk Lights are not waterproof. Most complaints are that the lights don't last long. Some complained they stopped working within a week, while others lasted close to two months. The video claims the Disk Lights can last over 10 years. Others complain about them breaking and shattering easy. So, as I always recommend, do your own research before you purchase anything.

Let me know what you want me to try before you buy next!