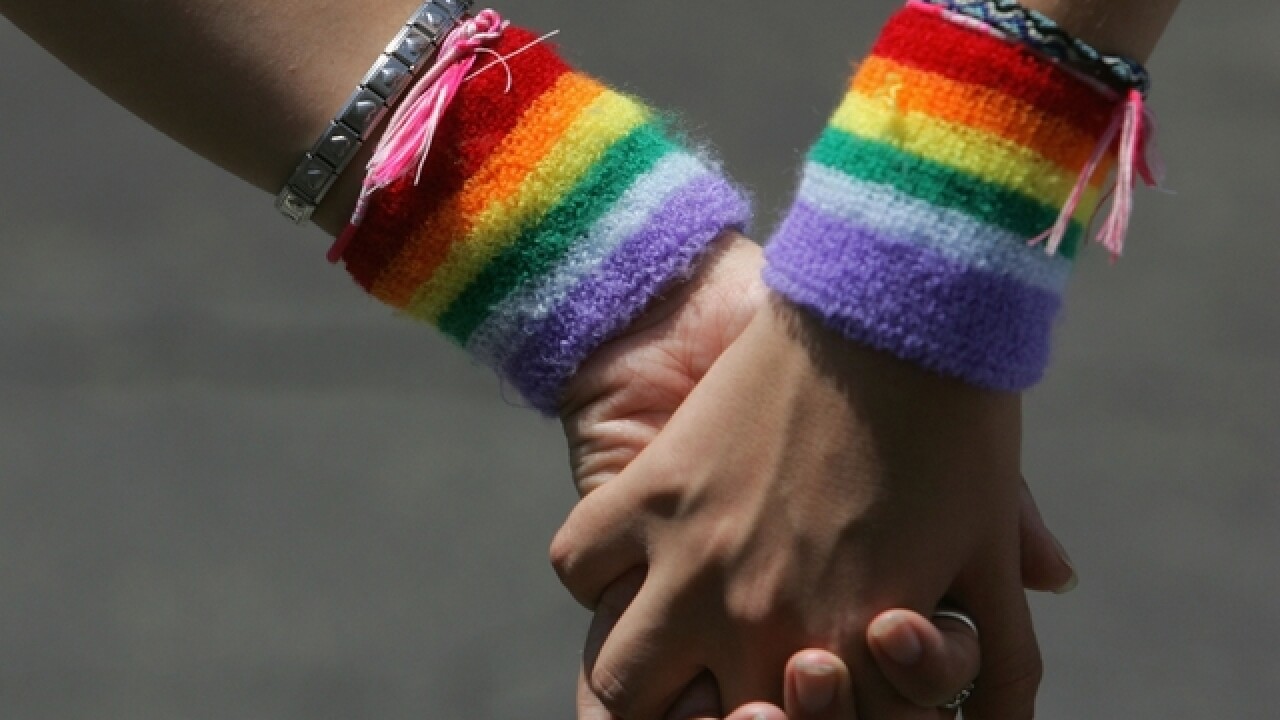 As the clocks struck midnight on Tuesday, dozens of same-sex couples tied the knot in Australia, marking the first legal ceremonies of their kind in the country.

Although Australia passed a law legalizing same-sex marriage last month, Tuesday was the first day such couples could legally marry without applying for a special exception.

The law was passed in Australia's Parliament after a national postal survey found that a majority of people supported marriage equality in December.

Australia is the 26th country in the world to legalize same-sex marriage, according to Pew Research. The measure was widely lauded as a victory for worldwide LGBTI+ groups -- a term that refers collectively to people who identify as lesbian, gay, bisexual, trans or intersex or other sexual minorities.

Here's how some of the country's newest newlyweds celebrated on Tuesday.

Among the first to wed were athletes Craig Burns (R) and Luke Sullivan, whose ceremony took place just after midnight at an estate in New South Wales on Tuesday.

The two runners quickly organized the wedding in the month since the law was passed, CNN affiliate Seven Network reported. All Australian couples must provide a full month's notice of their intention to get married.

In the port city of Perth in Western Australia, Gillian Brady (L) and Lisa Goldsmith signed their marriage certificate at a ceremony at the Court Hotel.

Related: Couple aims to wed in every country with same-sex marriage

In Melbourne, activists Antony McManus (R) and Ron Van Houwelingen were married at the David Williamson Theater, where they met 30 years earlier as students.

Their wedding cake was topped with a symbol of their love.

"I suppose it's been a wedding planned for 30 years but we've had really a month to get things together," Ron Van Houwelingen, 50, told CNN's Australian affiliate Seven Network.

"It's been quite hectic trying to organise that in such a short amount of time," he said.

Most countries that have opted for marriage equality are in Europe and the Americas. In 2001, the Netherlands was the first nation to legalize same-sex marriage.

Ireland was the first country to legalize the measure through popular vote in 2013, and in 2015 the United States Supreme Court ruled that same-sex couples could marry nationwide.

Same-sex relations are still criminalized in many parts of the world. South Africa the only African country where marriage equality is the law. Across Asia, same-sex marriage is illegal, although change is in prospect in Taiwan. In May 2017, Taiwan's Constitutional Court ruled the current law unconstitutional and gave the country's legislature two years to change it or enact new laws.