US-60 closure set for this weekend to make changes, improve safety 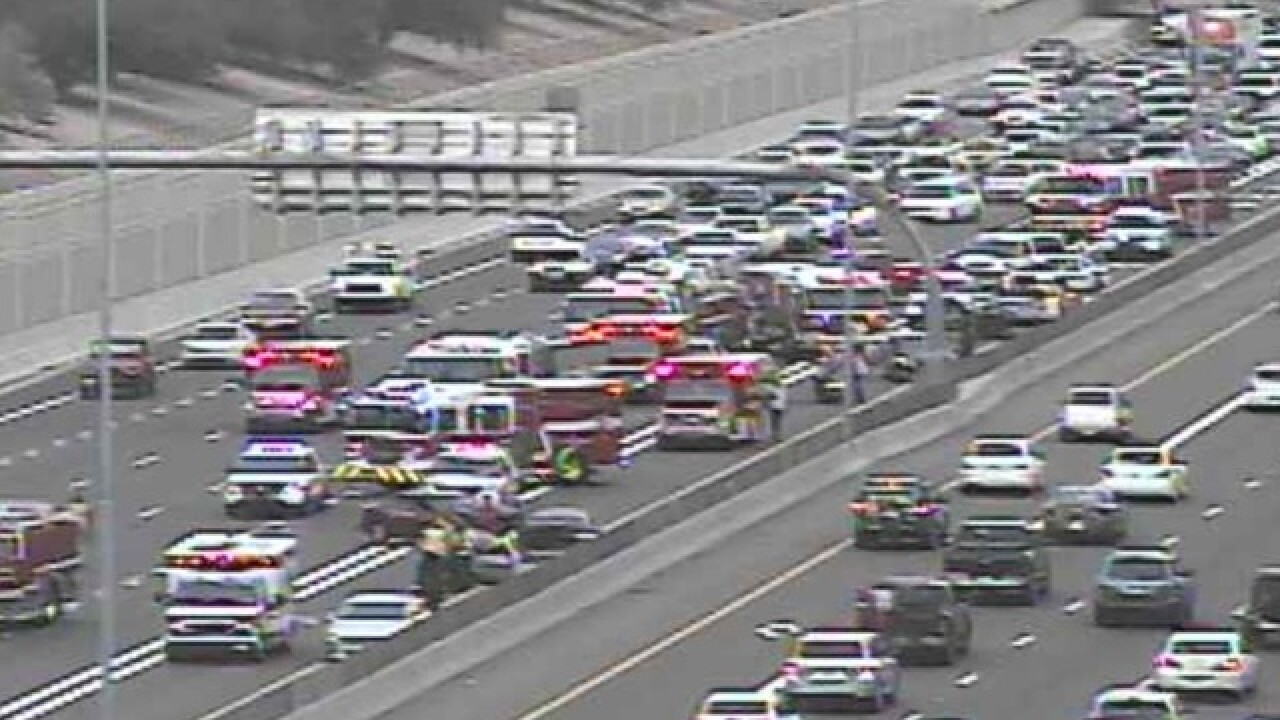 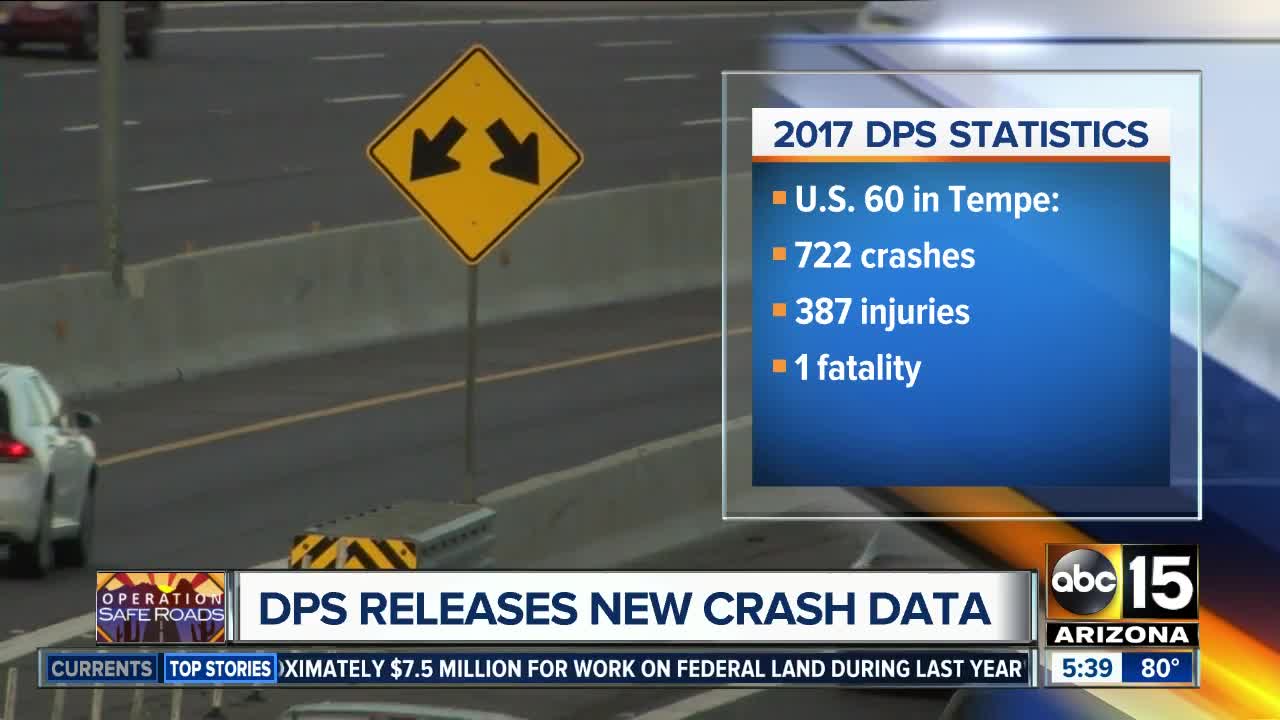 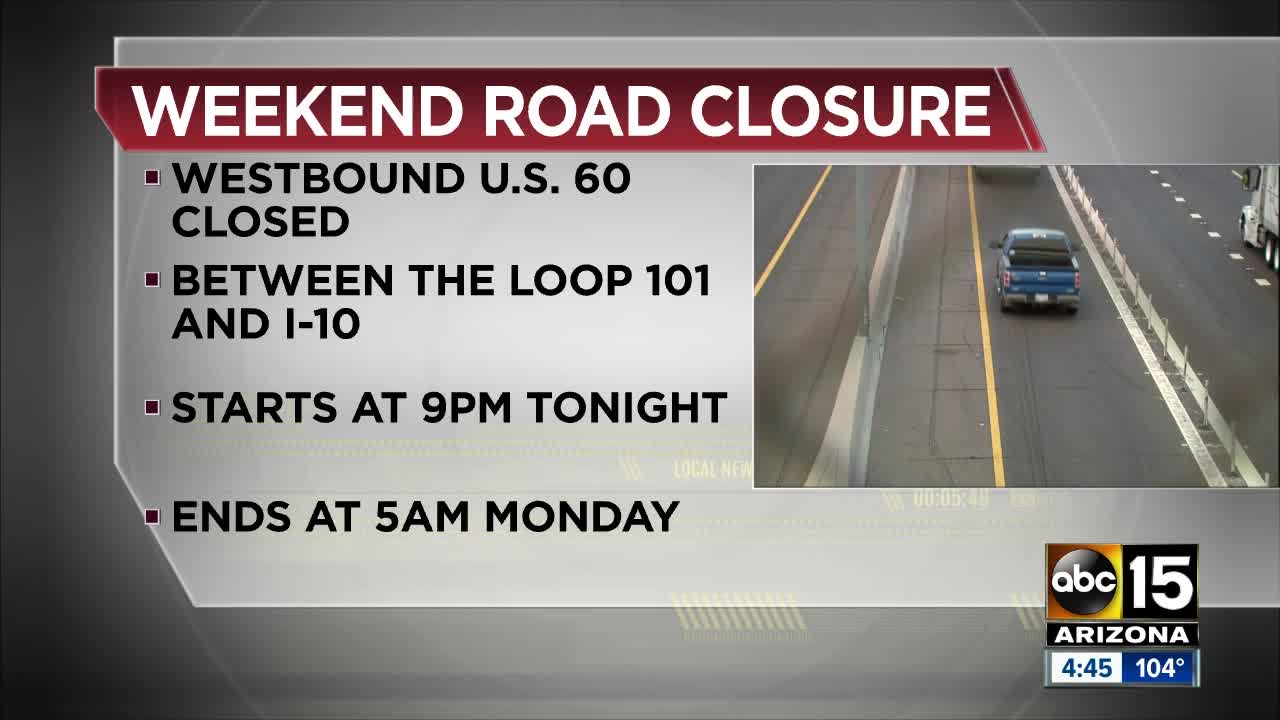 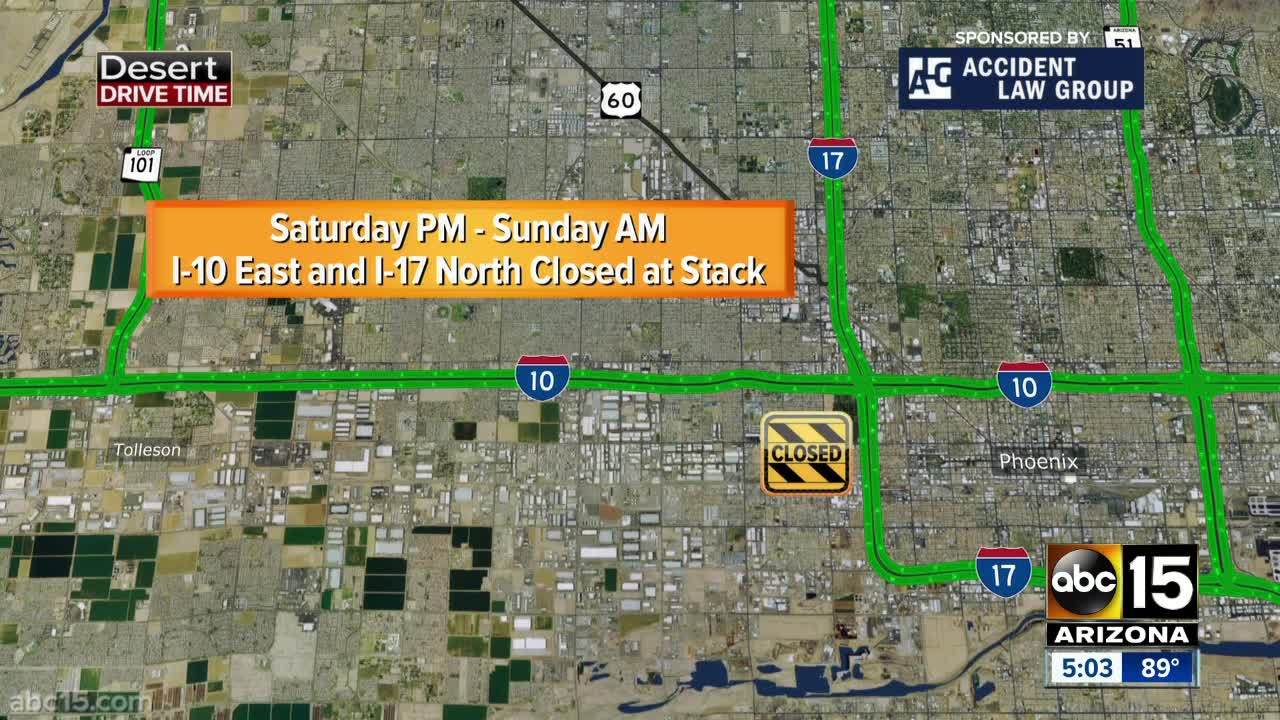 A major traffic closure could affect your weekend plans as Arizona Department of Transportation crews attempt to make the US-60 safer.

The westbound stretch in Tempe will be closed between Loop 101 and Interstate 10 from 9 p.m. Friday to 5 a.m. Monday.

MAP: See most crash-prone spots on freeways around the Valley

That section of highway is one of the top three worst spots for crashes in the Valley. A new report from the Department of Public Safety shows in 2017 there were 722 crashes in just a two-mile stretch, from milepost 171 to 173.

The report says 387 people were injured in those wrecks. One turned deadly when troopers say a motorcyclist tried to avoid a car stopped in front of him and ended up sliding into the concrete median.

ADOT has found in most cases the problem is too many drivers trying to cross several lanes of traffic to move into the far left lane and take the I-10 eastbound exit.

During the closure, engineers will restripe the lanes, opening a second lane to be able to exit east. They'll also update the signage to reflect the change.

"We can't control all driver behavior in the area, drivers not paying attention, making unsafe lane changes, but we think this is going to help because it allows for one fewer lane for drivers to have to cross over," said Doug Nintzel with ADOT.