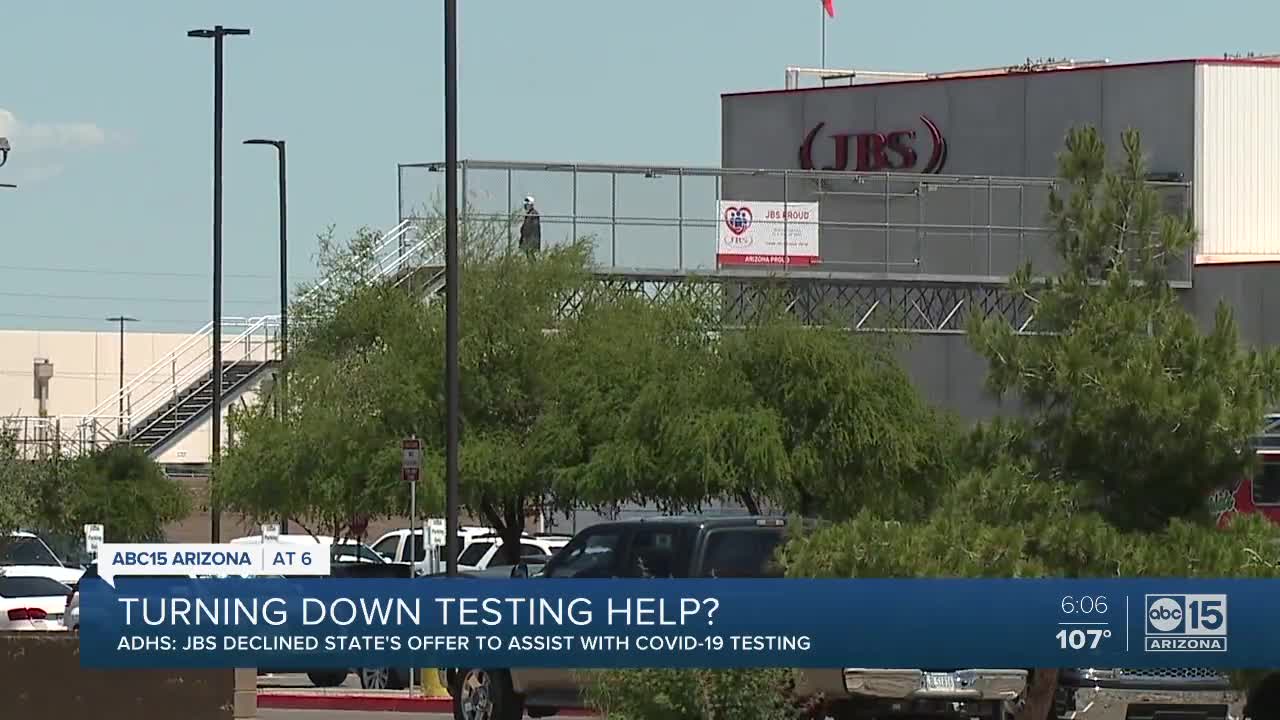 For the second time in as many weeks, the company behind a Tolleson meatpacking plant has declined the state's offer to help with COVID-19 testing, according to the Arizona Department of Health Services. 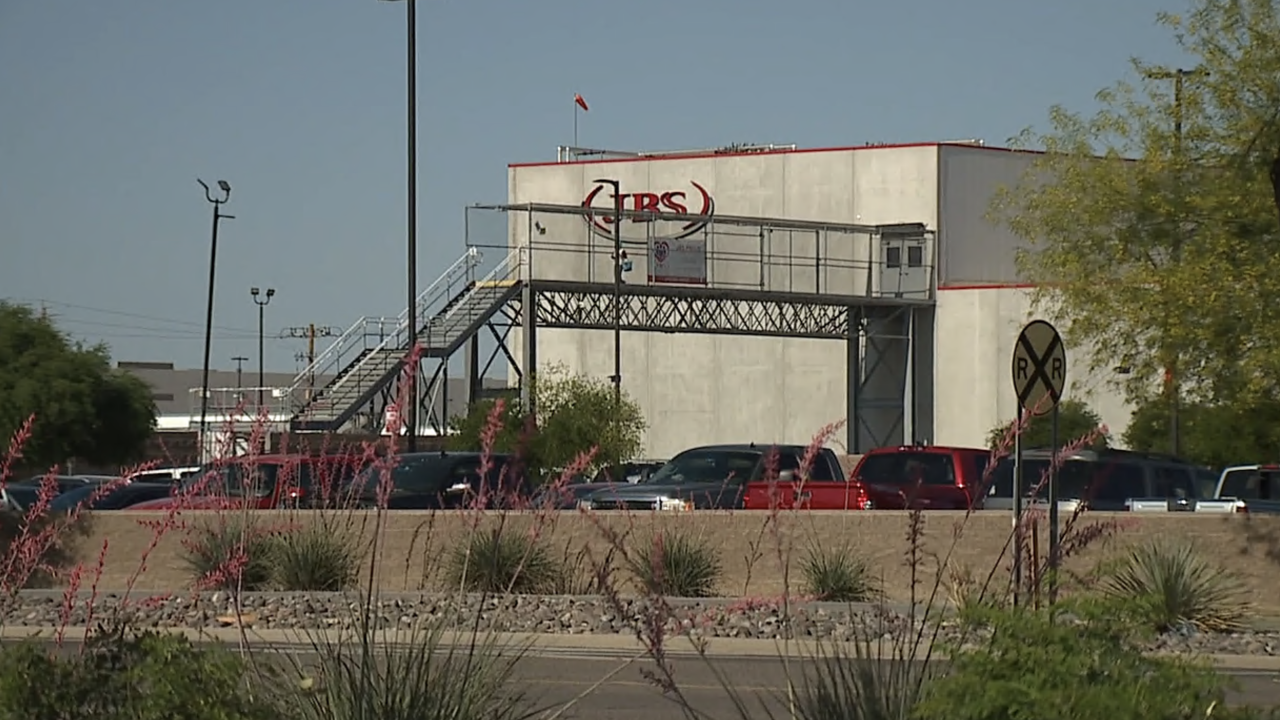 TOLLESON, AZ — For the second time in as many weeks, the company behind a Tolleson meatpacking plant has declined the state's offer to help with COVID-19 testing, according to the Arizona Department of Health Services.

According to AZDHS, on Wednesday they offered help with testing, but JBS indicated they do not need assistance from the department of health services. Instead, AZDHS told ABC15 JBS indicated they are working with the City of Tolleson to provide testing opportunities for employees and are working to secure additional tests.

On Thursday, ABC15 talked with a JBS employee who wonders why not take all the help you can get? Meatpacking plants around the country have become sources of COVID-19 outbreaks, and no one has been able to answer how many workers have tested positive at the Tolleson plant.

"I think the more help with testing...it'll make it way easier," said Joseph Sandoval, who works at the plant. "The people who got tested last week can get tested again. If they didn't have [COVID-19] last week, they could have it this week."

A two-day event last week in Tolleson netted 150 tests, according to Tolleson Mayor Anna Tovar. Mayor Tovar has previously told ABC15 she and other partners have secured three more days of testing at the Tolleson Fire Department, which will run from June 4-6. The testing is open to Tolleson residents and JBS employees and could exceed 300 tests.

Roughly 1,500 people work at the JBS plant in Tolleson. The union that represents many of the workers has previously called for increased testing.

Sandoval told ABC15 he is now back at work after testing positive, and recovering from, coronavirus in April.

"There was three days that were really rough for me," he said of battling the virus. "Throwing up, hard to breathe."

As for what he found when returning to work?

"There's a lot less people working," he said. "There's a lot of changes. They installed a lot of plexiglass to keep people from being so close to each other."

Sandoval credits JBS for many of the preventative measures put in place to try and keep employees safe, but feels increased help with testing is important. He says the topic of COVID-19 in the plant is a touchy subject among the workforce.

"Everybody thinks they're right about it," he said. "They think everybody is wrong about what they think. It causes arguments... there's half the people that want to deal with it and the other half that just want to act like it's not happening."

Asked about turning down another offer to help with testing from AZDHS, Cameron Bruett, Head of Corporate Affairs for JBS USA, sent ABC15 the following via email:

The Tolleson area has significant testing capabilities and we are confident that all of our team members who want to get tested have either been tested or can easily get tested, including via the testing we have sponsored in coordination with the city.

JBS communicated to me that they had a successful meeting with the Arizona Department of Health and look forward to continued discussions. JBS did confirm that they remain willing to accept testing opportunities for their employees. The City of Tolleson and JBS will continue to collaborate to bring convenient testing opportunities to the community such as the ones scheduled for next week on June 4th, June 5th and June 6th.

Meanwhile, Sandoval told ABC15 he doesn't know what will happen going forward and how this all ends.

"I've been asking myself the same question," Sandoval said. "It could go either way. Honestly, I'm not sure."

Testing for Tolleson residents and JBS employees is available on the following days at the Tolleson Fire Department, located at 203 N. 92nd Avenue, Tolleson.

Testing is on a first-come-first-served basis.

The Arizona Department of Health Services told ABC15 they will continue to follow-up with JBS.