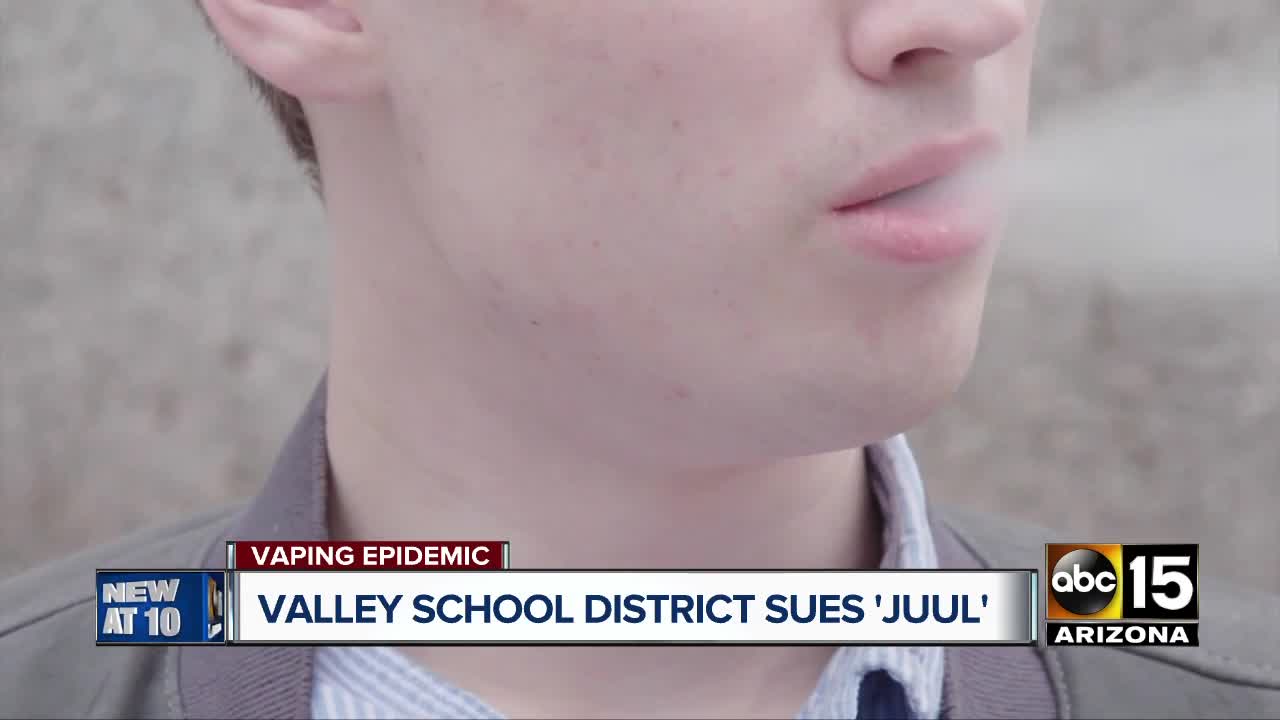 Juul and other vaping devices schools say they've had to go to extremes to keep kids from using on school grounds. 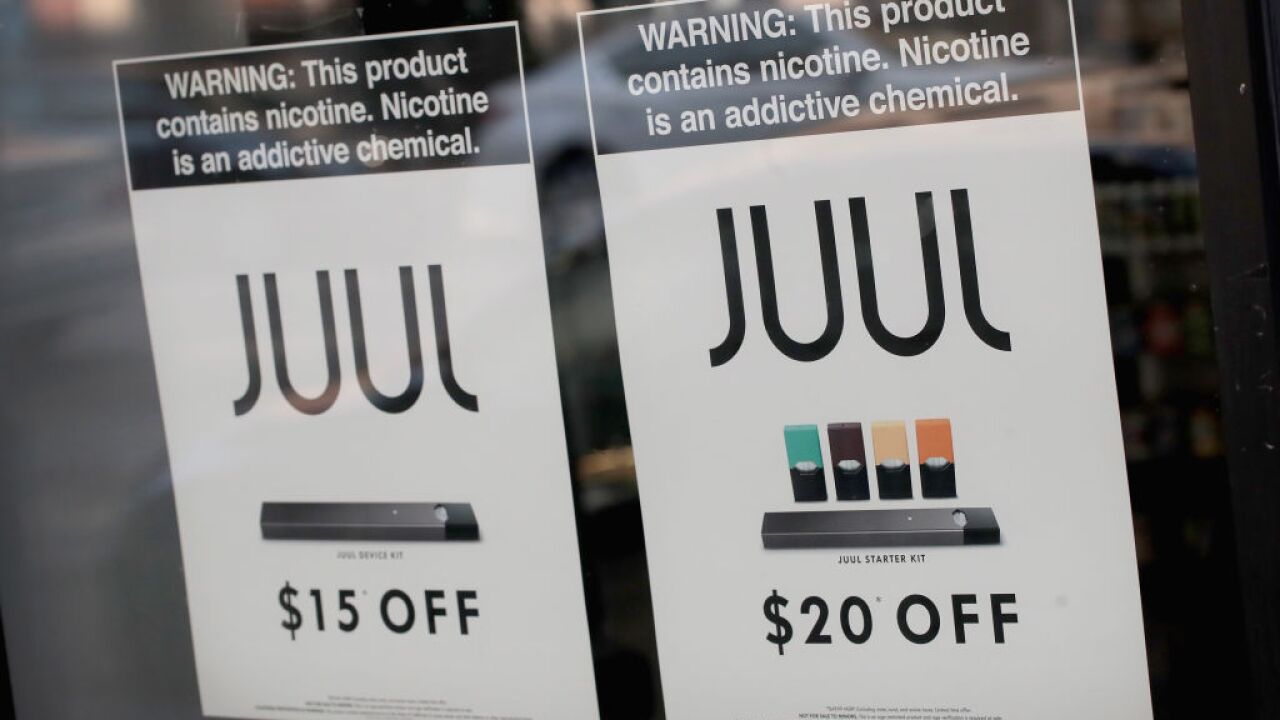 TOLLESON, Ariz. — Juul, the popular e-cigarette brand, is named among several other vaping companies and distributors in a suit filed Tuesday by the Tolleson Union High School District.

The district says the use of Juul's among students on school grounds has skyrocketed, forcing them to "spend significant time, money and human resources to combat this nuisance to try to preserve it's core mission of educating students."

“It’s surprising to see how much this is affecting them," said Jose de Jesus Rivera, the Phoenix-based attorney representing the district. "There are some schools in Arizona and other places that are now starting to use smoke detectors in their bathrooms because most of the smoking takes place in the bathrooms.“

Some schools in Tolleson say they've also had to remove bathroom doors and ban USB flash drives from campus.

“Recently we found out there are some grade schools that are beginning to get affected, somebody as young as third grade," added de Jesus Rivera. “Really good students, really smart students. They're all of the sudden barely or not passing at all."

Tolleson Union is seeking damages to replace funds lost, ones they claim are a direct result. The suit also blames Juul for using misleading advertising to attract students and teens to the product, marketing it as a healthier alternative to smoking.

ABC15 reached out to representatives with Juul, but has yet to receive a statement regarding the newly filed suit.