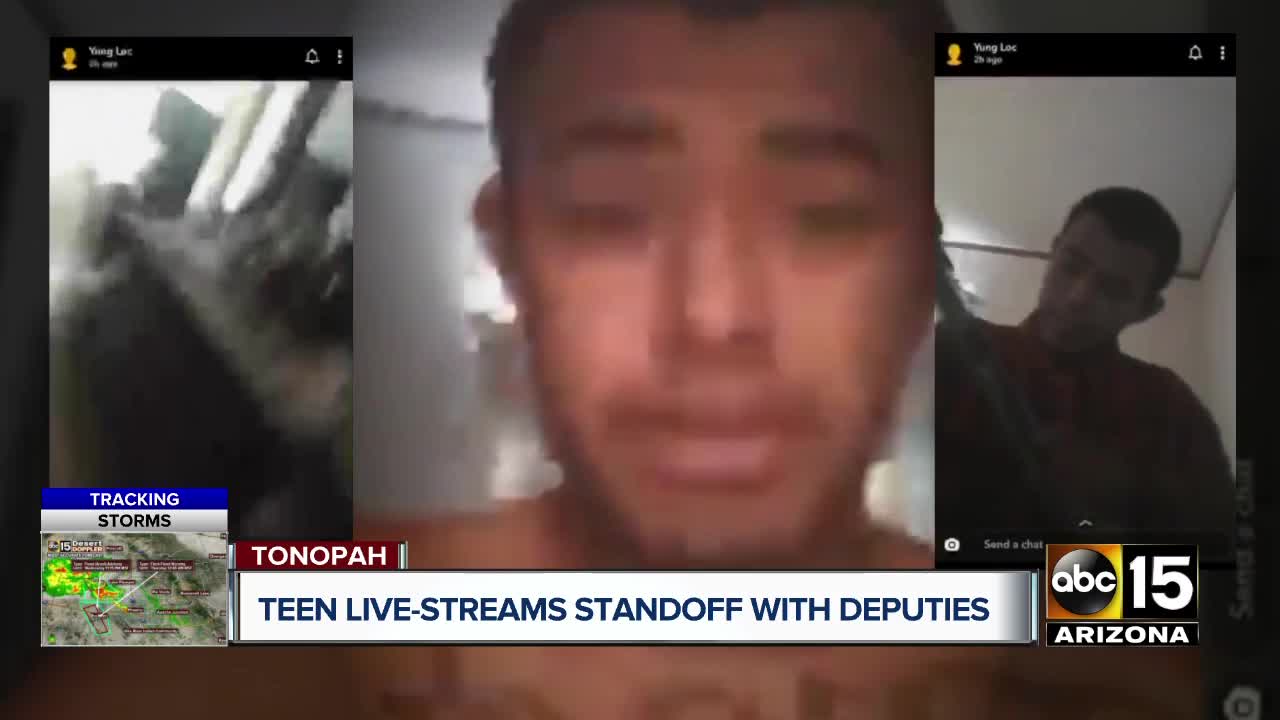 17-year-old facing charges as an adult after deputy-involved shooting in Tonopah. 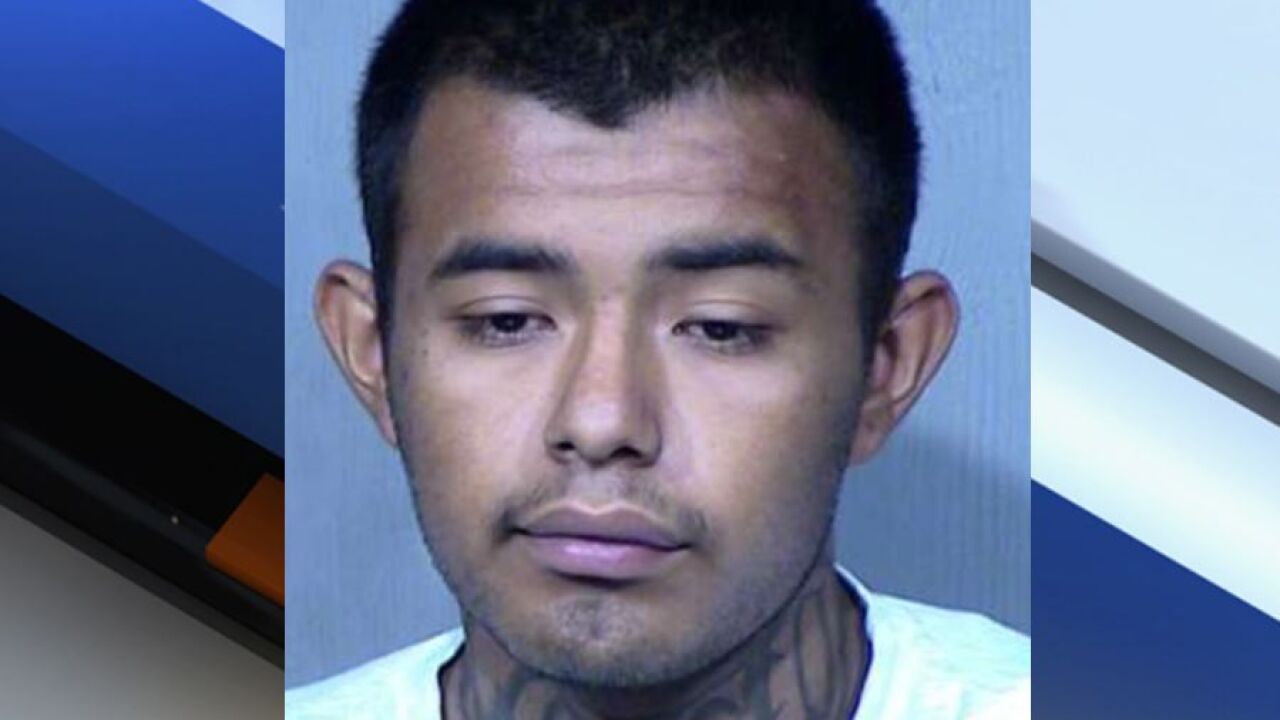 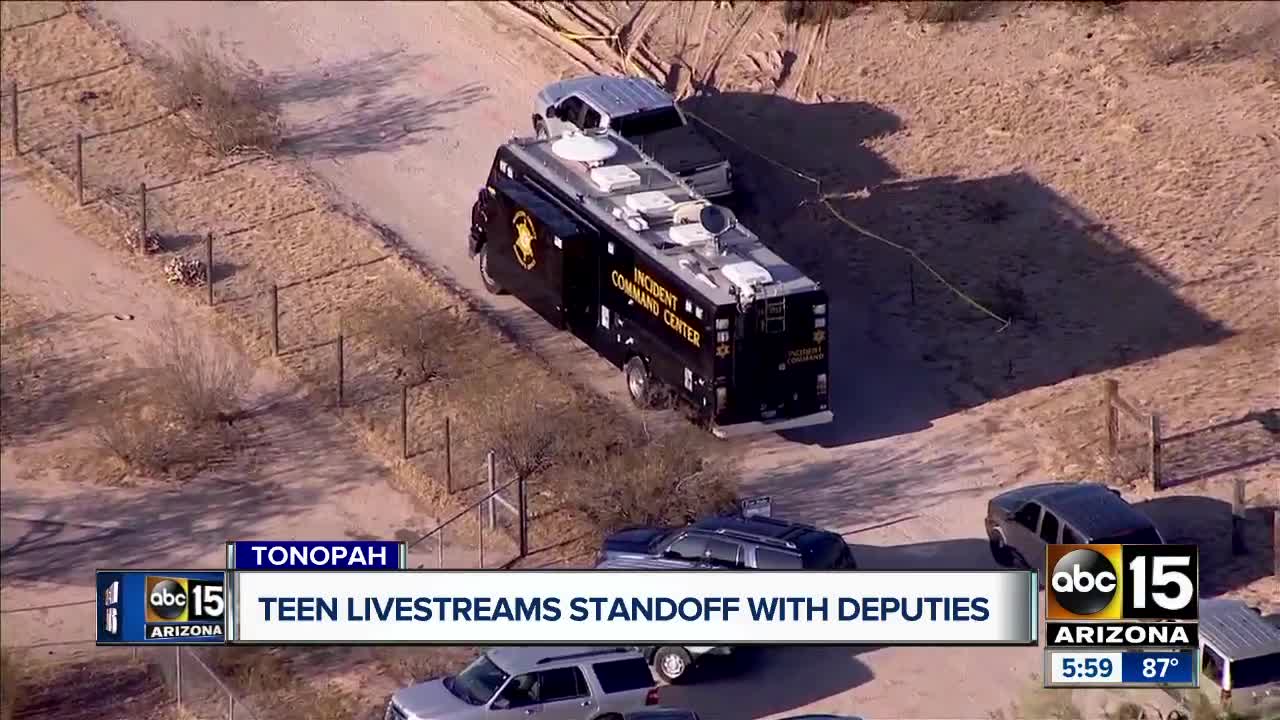 TONOPAH, AZ — A five-hour-long standoff in Tonopah shut down roads and kept residents from their homes Monday afternoon.

Few had any idea who the suspect was or what led up to the violence. Some Tonopah Valley High School students say they watched it all unfold on social media.

"I don't know how good this video is gonna be, but the thing is, I'm probably gonna die tonight," said 17-year-old Thomas Toupin.

"I got a knife, f****** cops are on their way to my f****** house. I'm barricading myself in my f****** room," said Toupin who the Maricopa County Sheriff's Office identified as the teen who fired at deputies.

Toupin's parents told deputies he was on probation. His dad called 911 himself telling dispatchers his son had a knife and was threatening to kill anyone who approached him.

Toupin posted several videos on Snapchat just before deputies arrived. In the videos you see the situation escalate and you can hear Toupin threaten to kill deputies as they attempt to negotiate with him. One video shows several Sheriff's office vehicles outside the home.

Toupin later admitted he snorted cocaine and even ingested methamphetamine prior to the shootout.

Moments later, he showed what one room looked like after deputies fired inside the home, showing bullet holes in a bed and walls.

The Maricopa County Attorney's Office filed eight counts of aggravated assault charges against Toupin for shooting towards at least eight deputies positioned outside his home during the shootout. None of those deputies were injured.

School hours were not changed following the incident after school officials said no threat was made to the school directly.