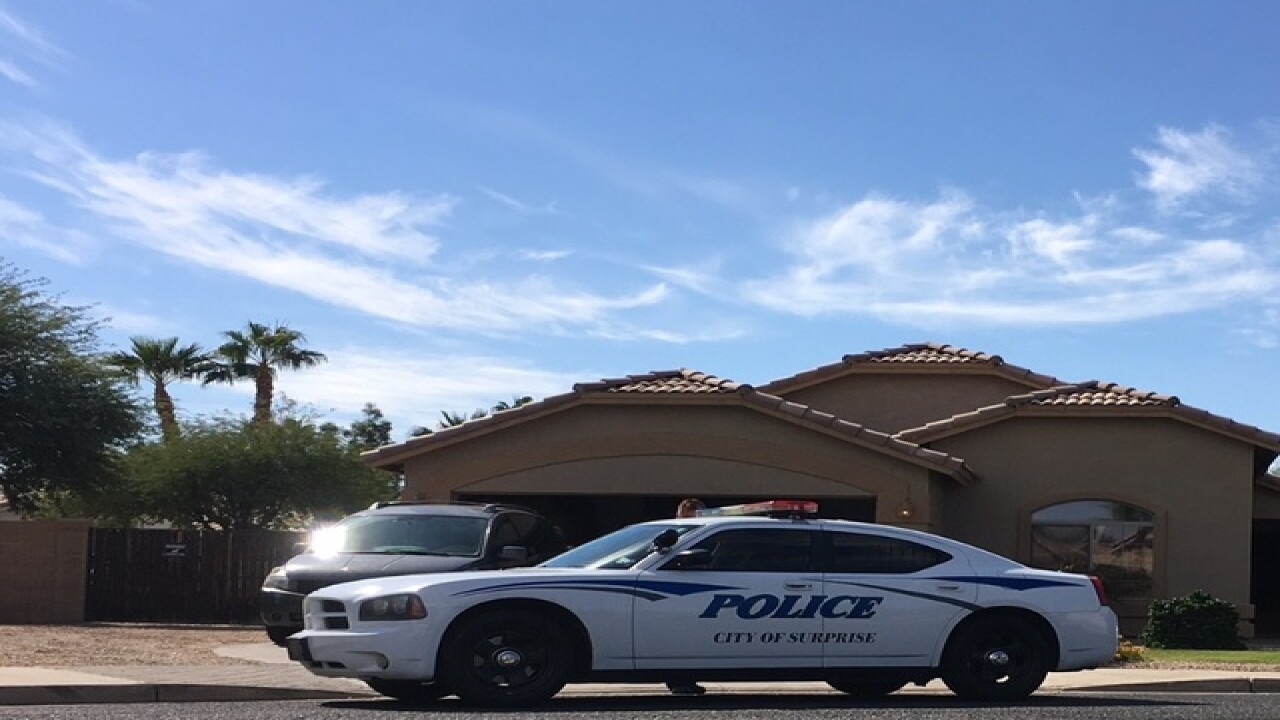 The Surprise Police Department says a young girl has died after an accident involving a piece of bedroom furniture.

Police were called to a home near Grand Avenue and Bell Road Sunday morning after receiving reports about an injured child.

According to Surprise police, a girl was climbing a dresser in a bedroom when it toppled over and trapped the three-year-old underneath.

It’s unclear how long the girl was stuck before her family found her.

Family performed CPR until firefighters arrived and took her to the hospital but she didn't survive her injuries.

Police say no charges are expected to be filed and call it a tragic accident.